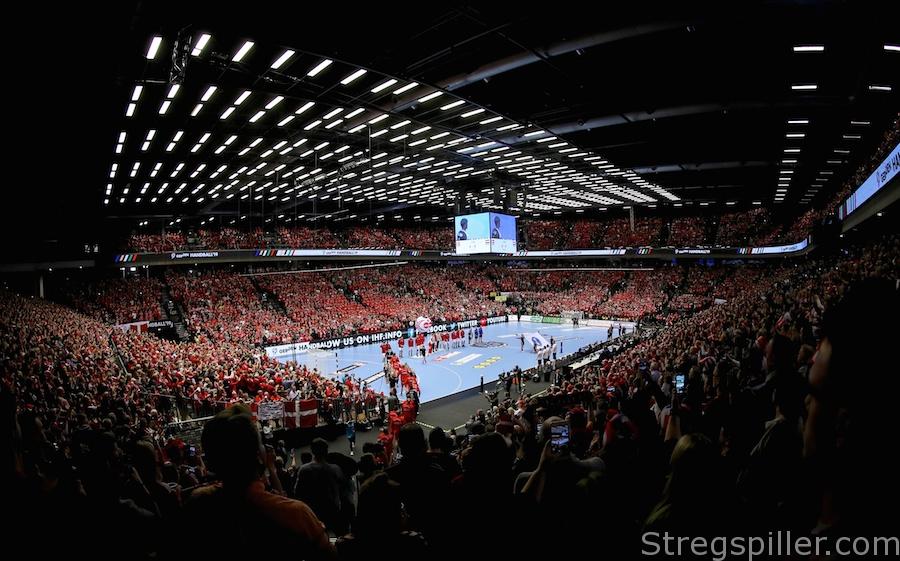 WORLD CHAMPIONSHIP FINAL PREVIEW – For the first time in the history of handball, two Scandinavian countries meet in a Men’s World Championship final. Stregspiller.com takes a look at the history as well as some possible key factors in the Sunday game.

Norway vs Denmark
Sunday 27 January at 17:30 CET in Herning

Even before the first pass is thrown at Boxen in Herning Sunday evening, it is a fact that history will be written, when Norway meet Denmark compete for the title of world champions.

This final is historic in the sense that it is the first entirely Scandinavian final at a Men’s World Championship. Both nations have been in the final before, but never together.

Denmark are in their fourth World Championship final but have yet to win the title.

At the 1967 event in Sweden, Denmark took their first medal at a men’s championship, but it was only silver as the Danes lost the final 14:11 to Czechoslovakia in Västerås.

It took Denmark 34 years to reach a World Championship final again. Once again, the event took place in Sweden, but despite forcing France into extra-time, the Danes had to make do with silver again.

This was also the case in the final the Danes want to forget most – against hosts Spain in 2013. Spain stormed to a 35:19 win in Barcelona.

Just like their southern neighbours, however, the Norwegians are also waiting for their first title, having lost the final to France in Paris two years ago.

Roads to the Final

Both teams have only been truly tested a few times on their road to the final.

In their preliminary group in Herning, they were really only tested when they met in the final game. The group final was won by Denmark, 30:26, so apart from yearning to become world champions, the Norwegians are also chasing revenge for the defeat.

In the main round, both teams also only met real resistance a couple of times. Denmark’s narrowest main round victories came against Hungary, 25:22, and Sweden, 30:26, while Norway defeated Sweden 30:27 after having little trouble with Egypt who were defeated 32:28.

Many people found that the Denmark-based half of the draw was weaker, but many views must have been revisited after the semi-finals in Hamburg.

Denmark played the possibly best match a Danish national team has ever played as they defeated the defending champions France 38:30, while Norway eliminated the German co-hosts 31:25.

Both teams have been bothered by injury, but the Danes more than Norway.

Since before Christmas, Denmark knew they would be without their strongest right back and great defender Niclas Kirkeløkke, while line player René Toft Hansen and wings Hans Lindberg and Casper U. Mortensen were injured during the tournament.

Norway have had to play the entire tournament without their first choice right back, Kent Robin Tønnesen, but that was no problem for coach Christian Berge, who had super sub Harald Reinkind to supplement Eivind Tangen and Magnus Rød.

A big worry is Rød, who appeared to suffer a hamstring injury in the final minutes of Norway’s semi-final against Germany, but the latest bulletins from the Norwegian camp indicate that the talented young backcourt player will be fit for the final after all.

At the same time, Denmark’s coach Nikolaj Jacobsen is contemplating the reintroduction of Hans Lindberg, who has regained full fitness.

You cannot talk about a final between Denmark and Norway without talking about the world’s two best handball players at the moment – Mikkel Hansen and Sander Sagosen.

They are not only the best but also the ones with the highest handball intelligence. Hansen obviously has the best “handball head” of the two, but the eight years younger Sagosen has plenty of time to catch up in this area.

Which of the two has the most successful Sunday evening will play a major part in the decision of the final.

Another important duel is to be found on the wings, as those are crucial to the fast breaks, which will definitely be a key for both teams.

As mentioned, Denmark have injuries on both wings with Mortensen sidelined on the left and Lindberg on the right.

However, young Magnus Landin and experienced Lasse Svan, have done brilliantly alone in their positions, and with Lindberg to return for the final with any likeliness, the Danes seemed well equipped on both wings.

Goalkeepers are always essential, and here, Nikolaj Jacobsen has the luxury of having two of the best at his disposal.

Already before the tournament, it was a well-known fact that Niklas Landin was among the best in the world in his position, but what has been particularly pleasant for the Danes has been the fact that Jannick Green has usually done just as well when given the chance.

Norway’s goalkeeping duo, Torbjørn Bergerud and Espen Christensen have not been nearly as successful, although it has to be admitted that Bergerud had a stellar performance in the semi-final against Germany.

Quite naturally, Nikolaj Jacobsen and Christian Berge stand for a Scandinavian handball philosophy.

Both are tactically clever, but Jacobsen seems to be quicker and better at reacting to new tactical moves from his opponents than Berge may be.

They are also communicative and good around their players, though Jacobsen tends to be more temperamental and emotional than his Norwegian adversary, but this does not hamper his overview or analytic abilities.