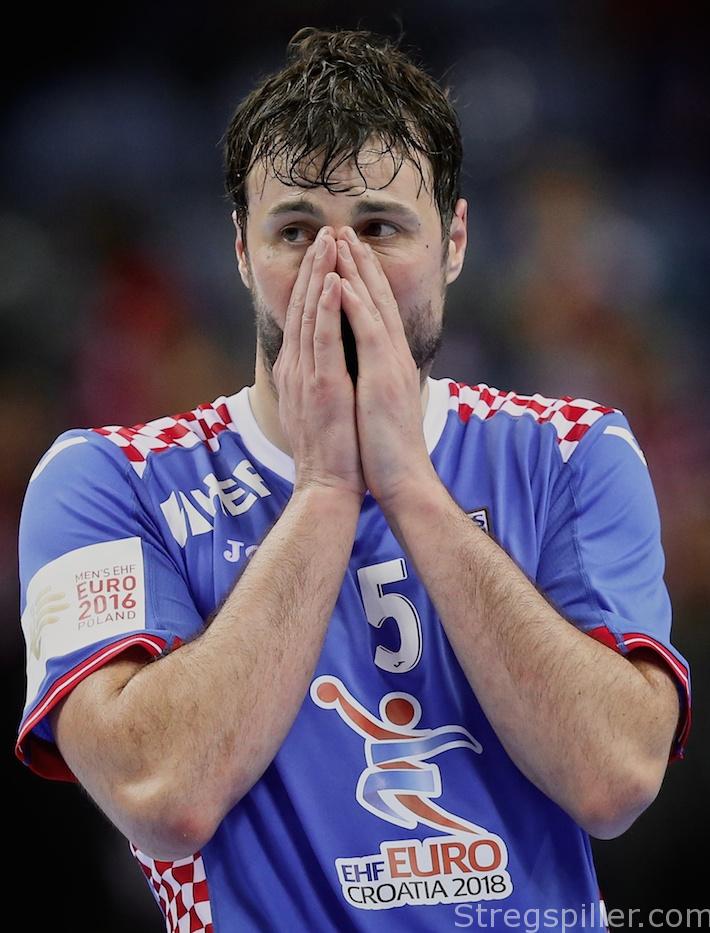 First match day of the Men´s Olympic tournament – The mercenaries from Qatar seemed scary in their opening match, sweeping Croatia.

European champions Germany also started with a win, as an increasingly handicapped Swedish team could not keep up with the Bad Boys.

Brazil performed sort of a surprise, as they more or less humiliated Poland, while Nikola Karabatic scored his goal number 1000.

You could hardly get a more exciting opener to the men´s Olympic tournament than this meeting between the bronze medalists of the European championship 2016 and the runners-up of the 2015 World Championship.

One of the interesting aspects was how Qatar was going to perform when being away from home, where they won the World Championship’s silver medal last year.

How would Croatia practice their special variation of the seven-against-six attack, using right-back Marko Kopljjar as extra the “line player”?

It would also become an interesting encounter between two aggressive defense systems.  Croatia are known for practicing a 3-2-1 defense in the traditional Yugoslav way, while Qatar are also fond of playing a very flexible style of defense.

If the early throw-off time played a part (the match started 9.30 a.m. local time) remains unknown, but the game began at a surprisingly low pace.

The lack of speed suited Qatar better and Danijel Saric in goal made a number of stellar saves, while the representative from Asia dominated the low-scoring first half – astonishing.

Obviously, four missed penalties did not make things any better for the Croatians who were trailing from the start.

Qatar opened the encounter by taking a 4:1 lead, which grew from there to 9:5 in the 20th minute.  At that time, Croatia tried playing seven-against-six for the first time – but not with Kopljiar on the line.  The measure did not work as desired and Qatar increased their lead even further, benefiting from an increasing number of Croatian mistakes and scoring easy goals on counter attacks.

Closer towards half time, frustration spread more and more among the Croatian players, and Qatar could take a sensational seven-goal lead to the locker room.

Qatar´s Spanish coach Valero Rivera is often good for a surprise.  Danijel Saric was placed on the bench – his saving percentage stood above 50 after the first half.  He was replaced with Goran Stojanovic at the start of the second half.

Despite performing at a high level, he did not quite match Saric´s performance.  It was not necessary, as he had an extremely strong and flexible 6-0 defense in front of him.  At the same time, his teammates improved their performance when in attack.

With the two backs – Zarko Markovic and Rafael Capote as impressive and efficient shooters – Qatar never allowed their opponents to get into the game.  Instead, Qatar managed to increase their advantage by a stunning 10-goal margin at 18:8 and 28:18 before sealing their victory at 30:23.

According to numerous sources, Qatar have rehearsed seven-against-six for a year, but they did not even have to show what they can do in that area – handball fans will have to sit tight and wait for a more prominent challenger.

Can you become Man of the Match based on a 30-minute performance?  In Danijel Saric´s case the answer is: Yes, you can.

With a fantastic goalkeeping performance in the first half of the game, he laid the foundation for an outsized Qatari win.  Once again, the 39-year-old, former Barcelona keeper proved that he is one of Qatar´s greatest assets.

While Croatia was a deep disappointment, Qatar proved that they can perform on the highest level, when playing away from home – no doubt.

Valero Rivera has managed to develop the team even further, compared to the World Championship 20 months ago.  The squad combines physical strength and tactical cleverness and the players from the Persian Gulf must be considered a real contender for gold in Rio.

Against Croatia, they did not have to practice a seven-against six attack – they didn’t have to.

Croatia, in contrast, will have to work hard to come back from this humiliating experience in the opening match at the 2016 Olympics.

Just as in the 2015 World Championship in Qatar, Denmark and Argentina opened the group phase facing each other.

In 2015, Argentina got a 24:24 draw after trailing by seven-goals.  This time they managed to cause trouble for Denmark as well throughout the first half.

But as the game progressed, the absence of long-term injured playmaker Diego Simonet became too much of a handicap for the South Americans, while a tactical move from Denmark´s coach Gudmundur Gudmundsson added to the defeat of Argentina.

From the start of the second half, Gudmundsson sent Magdeburg player Michael Damgaard to the left while placing Mikkel Hansen as center-back.

This decision brought pace to the Danish game – too hard to handle for Argentinia’s defense.

17 minutes and 13 seconds into the second half, Nikola Karabatic scored his international goal number 1000, making it 20:18 for a French team that – surprisingly – was in trouble after an easy first half..

“Les Experts” were leading with seven goals several times, but an 11 minutes scoring drought around the break cost them dearly.

In the end, however, Tunisia had to surrender against a more experienced French squad.

Germany’s “Bad Boys” started the Olympic tournament, where they left off at the European championship in Poland, in January.

Sweden got the better start, leading 4:1, but were severely handicapped by losing their young star – left back, Lukas Nilsson – because of an ankle injury in the 7th minute.

Nilsson did not come back, but Germany did, and when Sweden lost defensive specialist, Tobias Karlsson, because of his third two-minutes suspension, the European champions had no real problems taking the victory.

The Brazilian hosts thrilled their 12,000 fans in the Future Arena by opening their Olympic campaign with a clear win against the bronze medalists from the 2015 World Championship.

Brazil shocked their opponents from the start, getting ahead 4:0, and the home team never looked back for the rest of the match.

The fast play of attack paired with a 4-2 defense formation, caused Poland plenty of problems that they were simply not able to solve.

Slovenia finished the first match day of the men´s competition with a narrow victory against Egypt.  The two teams were evenly matched all the way, and there never were more than three goals of separation.

Egypt were leading for most parts of the first half as well as in the beginning of the second period, but with a last minute goal, the Slovenians managed to secure the lead for good.