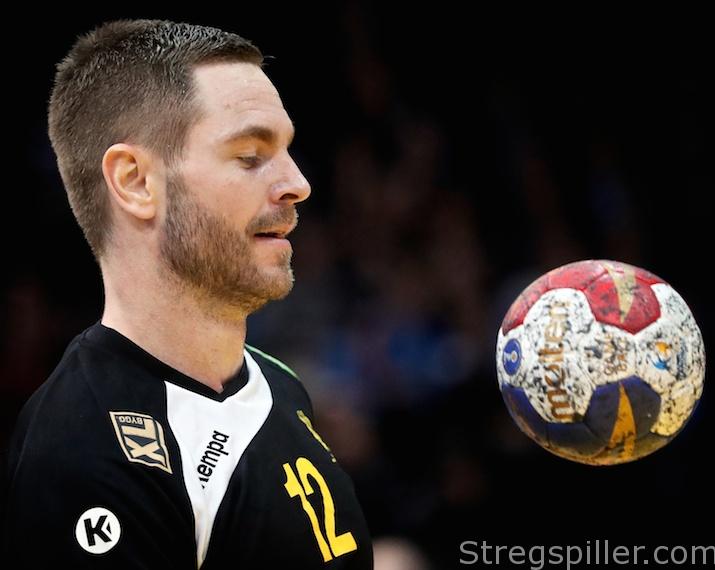 Schiller snatches a point from the Swedes

Germany came into this weekend on the back of a lacklustre World Championship and with a deal of pressure on their shoulders. Despite it being the toughest of the three Olympic qualification groups and their home advantage counting for little without fans, Germany and Alfred Gislason were expected to deliver.

Sweden stunned everyone with their run to the final in Egypt and were surfing on a wave of good vibes for this exciting team. With those good vibes also came a hint of expectation, however, as they hoped to continue the good form with a ticket to Tokyo.

Despite being the relatively stronger side for the opening 30 minutes, leading by three goals at one stage, Germany could not grab a stranglehold on the game and allowed their guests to come firing back late in the first half, going into the dressing room just a goal up at 14:13.

This gave the Swedes all the confidence they needed to move through the gears in the second half and take command of the game. While Andreas Palicka made save after save, Sweden were scoring easy goals in the third quarter to open up a three goal lead.

That all changed in the final 10 minutes, however, as Sweden began making life difficult for themselves, missing clear chances and running into trouble against a more active defence as the gap narrowed.

With Germany a goal down and in possession for the final attack of the match, Niclas Ekberg jumped out in an attempt to steal the ball, leaving Marcel Schiller open on the left wing, where he maintained his composure while being hit and slotted home the equaliser.

Before the game, I was most looking forward to seeing the playmaker battle between the in-form Jim Gottfridsson for Sweden and whoever was chosen to fill the gap for Germany.

With Paul Drux out injured and Juri Knorr not selected, Philipp Weber would be given the task to run Germany’s attack. He didn’t find joy and looked more like a left back in the centre rather than a playmaker. Many expected Fabian Wiede to be the left-hander filling in the centre but it was actually Kai Häfner who stepped up, not only scoring three goals but also providing five assists.

Gottfridsson was left frustrated at times trying to find a way through Kiel’s bash brothers Pekeler and Wiencek.

His shooting was way off, with one goal from six, but he did set up six goals for his teammates and took it upon his shoulders to win a classic Gottfridsson penalty with four minutes remaining and Sweden in desperate need of a goal.

Andreas Palicka was the hero for Sweden today, picking up where he left off at Egypt 2021. With 14 saves at an impressive 36% he turned the game around early in the second half with a strong of confident stops.

At the other end, with Andres Wolff left out, coach Gislason said this was due to him being told to focus on Slovenia, a team he knows better than the other keepers, Johannes Bitter and Silvio Heinevetter were unable to help out much with just four saves between them for 50 minutes.

That all changed late on though as two big fast break saves by Johannes Bitter, in the final 10 minutes kept Sweden from opening up a five-goal lead. Bitter stopped another two in the final minutes to drag Germany kicking and screaming to a point.

“We lacked a bit of intensity in the first half. It’s a bitter end to the game because we were the better side for 40 minutes, but that’s sport.

“Germany are the favourites and playing at home here, so we can be happy with the point, it’s the first of three matches and now we go for two wins.”

“We put ourselves in a difficult situation with a few unnecessary and rushed shots in the first half against a Swedish defence that was well set up.

“I was happy with our defence with Pekeler, Golla and Böhm. We were a bit too static in the first half and there were some moments where the goalkeepers could have helped us out with a couple of saves.”

After escaping a point, Germany head into Saturday’s match with Slovenia knowing they need a victory to keep their Olympic fate in their own hands.

Sweden take on Algeria on Saturday and although they are far from a pushover, the Swedes will feel they need to rack up the goals in case they end up level on points with Germany, where the overall goal difference will count.