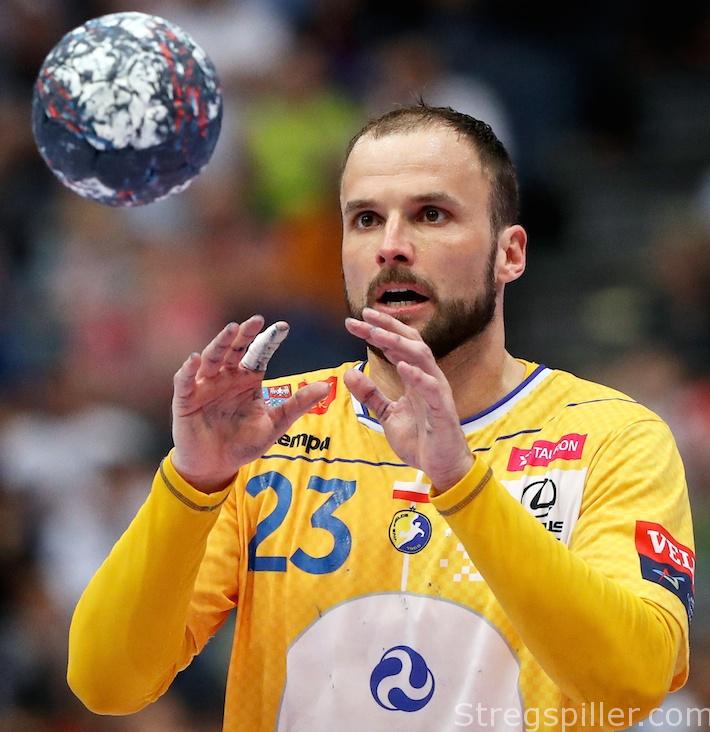 Sexy – but just from one side

No, this won’t become some sort of slippery article, drifting towards exotic themes.  Although it would be a quite interesting journalistic tool covering a major sports tournament, but it’s not what I had in mind when I wrote this headline.  It’s what comes to mind when you’re standing in between all the Slovenian players and you take a look to your right – what you see is quite appealing.  There are many good and very good players you look at.  And you immediately could think of great goals.

But once you turn to your left, you see that the “lady” is not as sexy as you first thought.  There’s probably no other team in the competition that is facing such kind of a problem.  It’s quite ironic that it just doesn’t concern the starters, but the back-up staff as well.  The right-back position is the best example.  Vid Kavticnik and Jure Dolenec are forming a fantastic duo.

The same goes for the right-wing, where youngster Blaz Janc and fellow lefty Gasper Marguc are two of the best in the business.  Janc will join Champions League winner Kielce next summer, while Marguc is dressing up for Telekom Veszprem.  Kavticnik and Dolenec currently play for Montpellier, but the latter one is joining mighty FC Barcelona in the summer 2017.  It just shows how much quality they bring to the table.

They two playmakers, Marko Bezjak and Miha Zarabec, are nice to have on your roster as well.  Sure, every team on the planet would like Dean Bombac better.  But he will miss the tournament in France because of an injury and veteran Uros Zorman decided to retire from the national team.  It makes Vid Kavticnik the only real leader for Slovenia, because Gorazd Skof, the 40-year old goalkeeper, is getting a break.

A break – seriously?  For what, the 2027 World championship which might (!) be played in Slovenia when Skof is half a decade old?  Okay, we all know that head coach Veselin Vujovic sometimes has crazy ideas, but what the heck.  Kavticnik is really a “poor guy” because he’s not a real shooter, more of a skilled, technical and smart player.  Yet, he is expected to carry the load in a back-court that lacks a quality shooter.

Dolenec is exactly the same kind of player as Kavticnik is, just younger and not as physical as well.  Which means that it will be quite easy for opponents to find solutions in defense.  I can imagine Vujovic fielding Bezjak as a left-back, with Zarabec in the middle and Kavticnik or Dolenec completing the back-court.  They wouldn’t score more goals shooting from nine to eleven meters out, but could certainly create some headaches for less mobile defense formations.

That kind of line-up might be tough to defend for a team like Spain, a squad that usually fields a strong and tall defense around players like Viran Moros or Gedeon Guardiola.  The same goes for Macedonia.  While the Spaniards will be very tough to defeat, the match between Slovenia and Macedonia might decide who finishes second in the group, especially after Iceland announced that superstar Aron Palmarsson will be out of the tournament – at least for now.

Slovenia is too smart and too good of a team to lose against Tunisia, and Angola is no match anyway.  And even without a top-class goalkeeper (Skof doesn’t offer top-class to me, by the way), without Bombac and Zorman and a left side with mediocre shooters, finishing second in Group B is not entirely out of reach.  And while the team appears sexy from one side, it’s not that ugly from the other side.