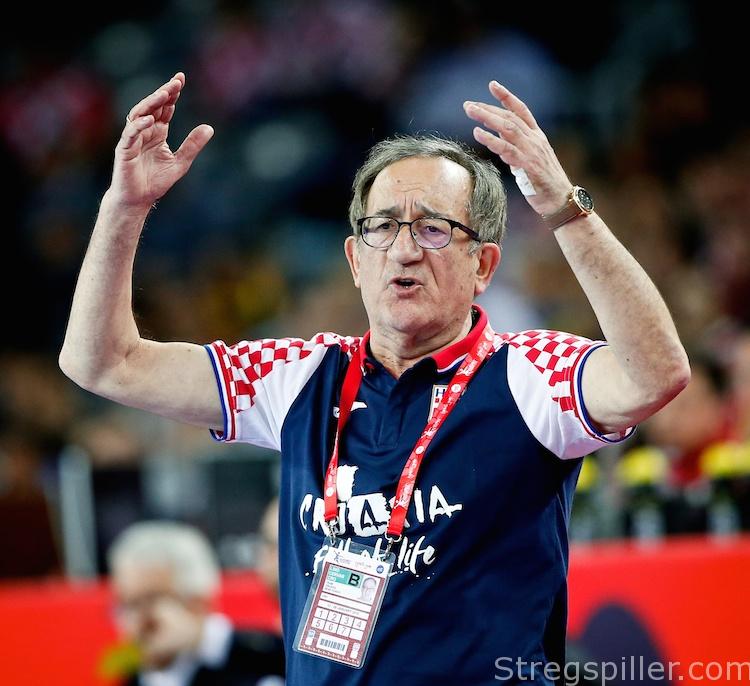 OPINION – only on a few occasions did the Croatian host reach full potential at the EHF EURO 2018 and Domagoj Duvnjak´s early injury only counts as a partial excuse for Croatia´s premature exit.

It’s never good for a major championship, if the host departs early.

Croatia´s retreating from the EHF EURO 2018 on home ground was neither good for the economics of the event nor for Croatia, of course.  The team showed their great potential only on a few occasions during the past two weeks.

The 28:27 win against the Czech Republic, in the insignificant match for fifth place, plays no role in this respect.

Supported by 11,000 patriotic fans in Split, Lino Cervar´s men started as expected, defeating the team they will always have to beat: Serbia were thrashed 32:22 and against a harmless squad from Iceland, Croatia had no problems winning 29:22.

However, already in the third game, Croatia started showing signs of weakness.  Sweden virtually ran them over and the host was luck, getting away with a 35:31 defeat.

In Croatia’s first match in the main round, problems resurfaced once again and the team had to rely on some “help” from two weak Russian referees, defeating Belarus 23:22.

In the  match that followed, Vori & Co. stepped it up – not only as a team but the Croatian goalkeepers performance reached a satisfying level, for the first time in the competition.  As a consequence, Norway were defeated 32:28, before France proved to be too high of a hurdle in the deciding match for a semifinal berth.

In the end, the 30:27 defeat was flattering for Croatia, they could have lost by a considerably wider margin, despite massive support from a packed Zagreb Arena.

One more game for a meaningless fifth place, was all that’s left to fight for.  Hard to swallow for some so-called fans, who chose to smash the winter garden of goalkeeper Mirko Alilovic using stones.

But why did things turn out the way they did?  For a Croatian handball team that includes so many outstanding handball players.

No threat from distance

One important factor was the lack of long-distance shooting – the Croatian backcourt line was simply too weak.

The problem became quite transparent on the left back position, where neither Stipe Mandalinic nor Marko Mamic – a substitute from Kielce – failed to turn into real threats from distance.

On the opposite side it looked a bit better, although neither Luka Stepancic nor Marko Kopljar lived up to their potential.

Domagoj Duvnjak´s early injury only magnified the issues in Croatia’s back-court, but it can only serve as a partial excuse.

In fact, Luka Cindric and Igor Karacic did quite well in their efforts organizing Croatia’s offense, but with poor performing back players on either side, they could not solve all the problems themselves.

And when a backcourt line does not function properly, players on the line and wings suffer – just ask Ivan Cupic or Manuel Strlek or line player Marino Maric.

One thing the Croatian could definitely not complain about was a lack of support from the home crowd.

In Split and in Zagreb, the backing of the fans was impressive, particularly in the crucial game against France, the noise from a capacity crowd at Zagreb Arena was almost unbearable.

On the flip side, such high expectations turned into pressure which the Croatian players could not handle.

Croatia´s coach has been most disappointing at EURO 2018, however.

Many countries would be happy to come in fifth at a European championship, but for Croatia it’s clearly not good enough, especially when playing at home.  Lino Cervar’s team never rose to the occasion.

His tactical toolbox appeared to be outdated, or he simply became too old and conservative to venture out and try new things.  And when he did try one of the more innovative tactics, like playing-seven-against six, he failed like in the match against France.

In fact, Cervar spent more time and energy arguing with referees than he did coaching his team.

This European championship must have been 67-year-old Cervar´s last job as Croatia’s national coach.

However, if rumors are true, that 67-year-old Zvonimir “Noka” Serdarusic  will succeed him, a new approach to play the game of handball, will not be sitting high on Croatia’s agenda.

With Serdarusic at the helm there is virtually no hope for the Balkan nation in the foreseeable future – it looks bleak.

Croatia is not exactly known for looking ahead when considering the results at major championships in younger age categories such as U21, U19 and U18.  It’s hard to see where players will come from  to make change happen.

Croatia’s officials may harbor some hopes based on the efforts of  former stars, such as Ivano Balic’s and Petar Metlicic´s academies for young handball players.

Bottom line – it may take a while before we see Croatia at the top of international handball again.