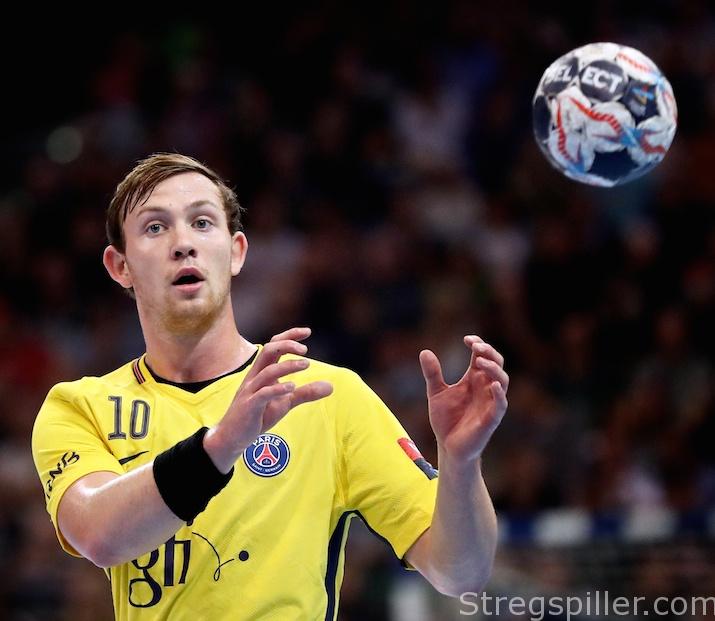 Don’t worry, this article has nothing to do with Stanley Kubrick’s cinematographic masterpiece dating all the way back to 1980 – so don’t be afraid and keep on reading. What’s ahead is neither shocking nor controversial and it may not be even worth filling a bowl of popcorn. But after half of the matches in the group stage of the 2017/18 VELUX EHF Champions League season, I think it’s worthwhile to find out who stepped into the limelight and who remained in the shadows, as some names cannot be ignored.  What did we learn so far?

For once, Mate Lekai is good – really good. The last couple of seasons he lived in the shadow of Aron Palmarsson, who’s now trying to find a happier life in Barcelona.  Hands up who thought that Veszprem wouldn’t be missing the Icelandic playmaker at all and at the same time play very enjoyable handball?  Lekai’s vision on the pitch is so much better than many had predicted and he can score as well.

Yes, he shot 0 for 5 against Paris Saint-Germain, last Sunday, but nobody can play well in every game and before he averaged an impressive seven goals per match.  In all likelihood, he will reach his scoring total of last season next weekend, while he is on pace to crack the 100-goal mark at the end of the campaign.  Such accomplishments would easily make him a very obvious MVP candidate and if there were such an award, he would probably win the “Most Improved Player” silverware by a mile.

We also learnt that Sander Sagosen is the real deal.  When he arrived in Paris, joining a star-studded line-up, nobody knew how much time he would need to adjust to a different handball culture, a new language and the French league.  Sander was the “main event” in Aalborg, but coming into a team featuring the likes of Mikkel Hansen, Nikola Karabatic and Daniel Narcisse (and we are only talking about the back-court line) is difficult – normally.

But Sagosen has demonstrated why half of Europe wanted to sign the young Norwegian before this season.  He has scored the most field goals for PSG – trailing only Uwe Gensheimer in total goals scored – and has given a much needed, extra dimension to the French champion.  He is not only a fast thinker, but also very quick on the floor.  It won’t take too long before he will be in complete control, certainly once Karabatic retires. Watch out, Mikkel Hansen.

Elsewhere, Andy Schmid (Rhein-Neckar Löwen) hands in one outstanding performance after another – it is surreal! Right now – I have to be honest with you – I could easily fall in love with the handball artistry of the Swiss wizard, because of what he shows in almost every single game is just breathtaking.  He is a “handball monster”.  His vision is second to none, his decision-making is brilliant and his play-making abilities are best described as exceptional.

He dominates and makes everyone around him so much better.  Once he will call it a career not only Rhein-Neckar Löwen will suffer, but all of handball will miss the Swiss wizard.  It’s a pity that his home country never makes it to a major tournament.  If you don’t know him by now, you really miss out on someone very special.

Further north, Kiel is not Kiel anymore.  The mighty “Zebras” were almost unbeatable – at least on the domestic stage – for the better parts of the past two decades.  But suddenly it seems that the “winner’s mentality” is gone and teams visiting Sparkassen Arena do so with a different attitude.  While in the past, the visiting club’s main objective was to avoid record-setting losses, now they arrive with a very different mindset – how to shake up the German record champion. Yes – how to shake up THW on home court.  Just ask Celje.

THW’s front office will be restructured as well, starting January 1st, when Austrian handball legend, Viktor Szilagyi will take over as the club’s sporting director.  Current managing director, Thorsten Storm, will stay in charge of all financial matters, focusing on the acquisition of new sponsors.  But how much will it help?  And how fast can Domagoj Duvnjak contribute once he returns to active duty?  Kiel should never be underestimated, but get ready for a 2018/19 Champions League season without the former superpower.