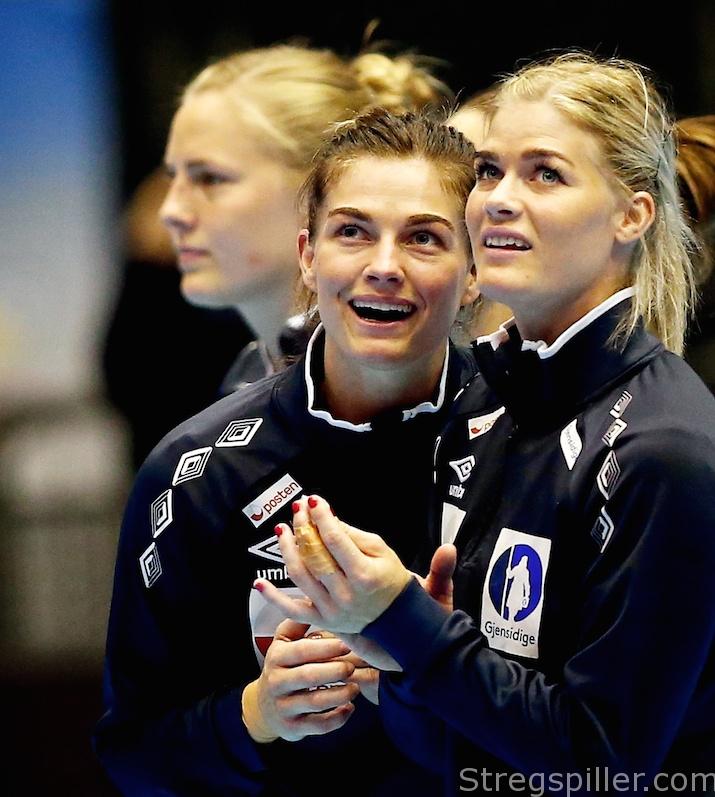 “Should I be extra tough, or extra kind against my sister?”

By Chris O’Reilly and Brian Campion

INTERVIEW It will be a special weekend for the Kristiansen family in Budapest.

Making it to the Women’s EHF FINAL4 is a massive achievement on its own, but making it all the way with a sister is extra special.

It’s something we’ll see at the DELO Women’s EHF FINAL4 with Anna Vyakhireva & Polina Kuznetzova wearing the colours of Rostov-Don for the second year in a row and the Mørk sisters, Nora and Thea, playing side by side for Larvik in 2015.

However, for a special episode of the (Un)informed Handball Hour, we spoke to two sisters who will not be standing side by side, but facing off against each other at the biggest weekend in women’s handball and it is something we do not see every day. Enter the stage, Veronica and Jeanett Kristiansen.

We can beat anyone

Reaching Budapest was never really a doubt for Veronica, who is in her first season with defending champions Györ, but not many expected her to be joined by sister Jeanett and Vipers Kristiansand.

After a slow start to the season, the Norwegian side scored high profile victories over CSM Bucuresti and FTC and sparked belief in the team.

“When we won against CSM, I was thinking yeah we can do this. If we can beat CSM, then we can beat anyone.

“We had more confidence after December and we became a much stronger team,” explains Jeanett.

Don’t look her in the eyes

Györ suffered two minor bumps in what was otherwise a confident and impressive road to Budapest, with two draws against arch rivals FTC, matches which Veronica described as “strange and difficult”, but progression was never in doubt.

Two of the most fascinating matches in her opening season in Hungary came against Vipers in the main round, where she came face-to-face with her younger sister.

“I just remember thinking – don’t look her in the eyes. If I looked her in the eyes, I might lose concentration,” admits the 28-year-old back court player, who managed to keep her cool as Györ picked up victories in both matches – 33:29 and 33:26.

Jeanett’s approach was the complete opposite, as she tried to catch her eye, smile and wink.

“I tried elbowing her before the game, but she was too stressed she didn’t notice…”

It will be fascinating to see how they interact before and during Saturday’s semi-final, which will mark a debut at this stage of the Women’s EHF Champions League for both.

One word sticks out for Veronica when she thinks about their achievement, done at the same time via two very different routes: Pride.

Jeanett’s mind focuses on their father Henning, who already has his half-Györ, half-Vipers jersey at the ready for Saturday.

There was never much of a focus on the two of them and older sister Charlotte competing against each other when they were younger. Their dad was very good at focusing what their individual strengths were, so the competitive streak between the siblings came a bit later.

Henning will have one daughter competing in the final this weekend, which will be a bittersweet feeling.

“I think we are lucky that one of us is going to the final, but of course it will be me who is going to be there,” says Jeanett, who will go into the match with her Vipers teammates as underdogs with nothing to lose.

“Vipers play like us. They have a good goalkeeper and run a lot. A semi-final is something new for them, but they will have no pressure,” says Veronica, who claims to be the more relaxed of the two on court.

“I think I will be the more nervous one, but we are coming to the FINAL4 to have fun and we’ll try to win. It is going to be really cool,” concludes Jeanett.

Listen to more of the chat with Veronica and Jeanett Kristiansen with the full podcast below.