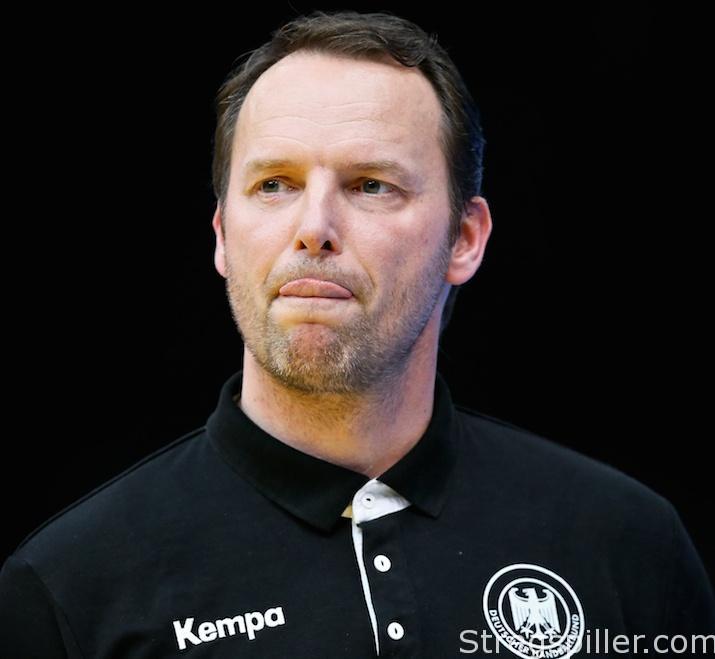 Yesterday turned out to be the day of upsets at handball World Cup 2017.  Following Denmark’s defeat by Hungary, Germany wasted a four-goal lead midway through the second half and lost to Qatar, a team the European champion had beaten by a margin of twelve goals during the Olympic games in Rio.  After the match, I had the chance to talk with Dagur Sigurdsson, who coached his last game for the German side.  He admitted making some mistakes that he already regretted minutes after the final whistle.

How disappointed are you and what kind of reasons do you see for the defeat?

DS: Obviously it’s a big disappointment.  Although, we didn’t play on the highest level, we controlled the match.  That’s why the shock that we lost is even bigger.  Obviously, Qatar is a dangerous team, but it never felt like we could lose.  It’s a big shock.

Especially in offense it seemed like the team never found a rythm .  Do you agree with that?

DS: They had a more offensive kind of defense early on and we found a lot of solutions against them.  Then Danijel Saric, the keeper, had a fantastic game, like Andreas Wolff had for us.  But we lost our courage and even when we got through it wasn’t enough (to beat him ed.).

Andreas Wolff said earlier that he felt some of the players were already thinking of a semi-final against France and lacked focus to win the game at hand.  Is he right?

DS: You can always take that into consideration when you finished on a high note in the previous tournaments.  Mentally, I think we were thinking too much about the end – we have to be honest.  Obviously, everyone wanted to win and the players were concentrated, so I think it’s too easy to use this as the only explanation.  I think we didn’t find enough solutions; we didn’t play good handball.  Tactically, when they switched back to a 6:0-formation, we were a little bit afraid to shoot, also because Saric played very well.  Holger Glandorf came in with a lot of speed, but he was the only one in the back-court who really had good game.  That’s just not enough.

Did you make any kind of mistakes yourself?

DS: Right after the game you look at yourself and ask what you could have done differently.  I could have taken a timeout in the end, but I changed three players between offense and defense and I thought I had enough time to speak to my offensive players. Also, I didn’t want to give Qatar the chance to set up their defense.

Did you take into consideration to cover Rafael Capote 1-on-1, once he caught fire – why did you decide against it?

DS: I considered it.  On the other hand our 6:0-defense performed quite well over the long haul and it felt much saver.  That’s why I stuck with it.

Some players seemed to lack a lot of confidence today, like Steffen Fäth.  Why did you keep him on the court until the end?

DS: Because he had some good moments as well.  Also, because he played a very good tournament so far.  In the end we had a lot of problems scoring from the back-court and he does have a very good shot.

You’re known to have solutions all the time.  Did you feel you ran out of ideas today?

DS: No, it was 17:13 if I’m not mistaken and everything was all right.  Then, in the end, there were some moments where we would have liked to get a penalty shot.  It didn’t go as expected, they came up strong and we lost our rhythm.  It’s small things that decided the game.

How much will this loss carry over?

DS: I don’t think you have to be worried at all.  The team is young and has a lot of good players.  And as you can see, you can win all the games during the group stage, like Denmark did, and still go out.  It’s a tight race at the top; there are about 10 to 15 teams that can beat each other on any given day.

Is this loss your biggest disappointment as the coach of Germany?

DS: Absolutely, by far – because we played well during the group stage and also because we had a good preparation.  We didn’t have our best game today, not the worst as well, and Qatar didn’t play that well either.  But they led the game once and it was at the right time.