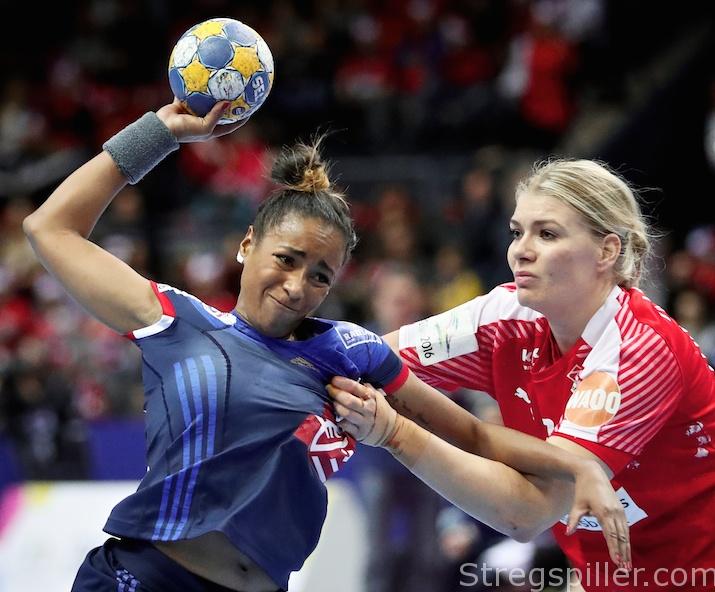 After silver in Rio, France takes the bronze medal at EURO 2016

Finding motivation is always a key factor in a match for the bronze, medal also known as “losers´ final”.

There was no doubt that the Danes were extremely eager to get their first precious metal reward at a major championship. It would have been only their second successful run in the past 12 years.  After all, only five players in the current Danish team had won a medal before.

For France, the bigger question was, how much a bronze medal would mean, after winning Olympic silver less than four months ago?

However, as it was Olivier Krumbholz´s last game on the French bench – or at least, we suspect it was – his players would have every intention to give him a nice farewell.

France were set to decide the matter from the start, leading 5:0 and later extending their advantage to seven goals.  But Denmark managed to reduce the deficit to just one goal, before they had to let the game go, after all.

It was amazingly easy for France to split Denmark´s central defense from the very first minute.  As Allison Pineau & Co. were leading 5:0 after six minutes, three of their goals had been scored courtesy of gapping holes in Denmark’s defense formation.

A first Danish timeout did not stop the French wave, as they continued scoring 10:3, 11:4 and 12:5, as the French attacking play was flowing better than ever before in this competition.

At the same time, poorly prepared Danish shots made it easy for Amandine Leynaud who was tending the French goal, while saving 53 percent of all the balls that came her way.

Stopping France from scoring for the first five minutes, the Danes made sure of getting themselves back into the handball game, and when right-back, Mette Tranborg, reduced the deficit to just one goal at 16:15, the excitement began to build at Gothenburg’s Scandinavium arena.

Surprisingly, Laura Glauser had replaced Leynaud at the beginning of the last 30 minutes, and despite an excellent saving percentage of 38, she suited Denmark’s shooters better.

With Lotte Grigel stepping up the pace, Denmark kept their opponents on a short leash for the rest of the match.

Even though France got up by four goals again (22:18), Denmark did not give up, and when Stine Jørgensen reduced to 22:23 with one and a half minute left, everything appeared to be possible.

However, the Danes had to finish the match with one player less and Beatrice Edwige took advantage, making it 24:22 – game over.

Can you become Player of the Match if you only play for one half? In the case of Amandine Leynaud the answer is – yes.

Her performance in the first 30 minutes laid the foundation of the French victory.  She fully deserved the award.

France added a bronze medal at EURO 2016 to their Olympic silver, and they underlined once again that they belong to Europe’s handball elite.  Oliver Krumbholz may leave the bench as a happy man.

At this moment in time, Denmark may also be regarded as an international top team, and it will be interesting to follow Klavs Bruun Jørgensen´s ongoing work.