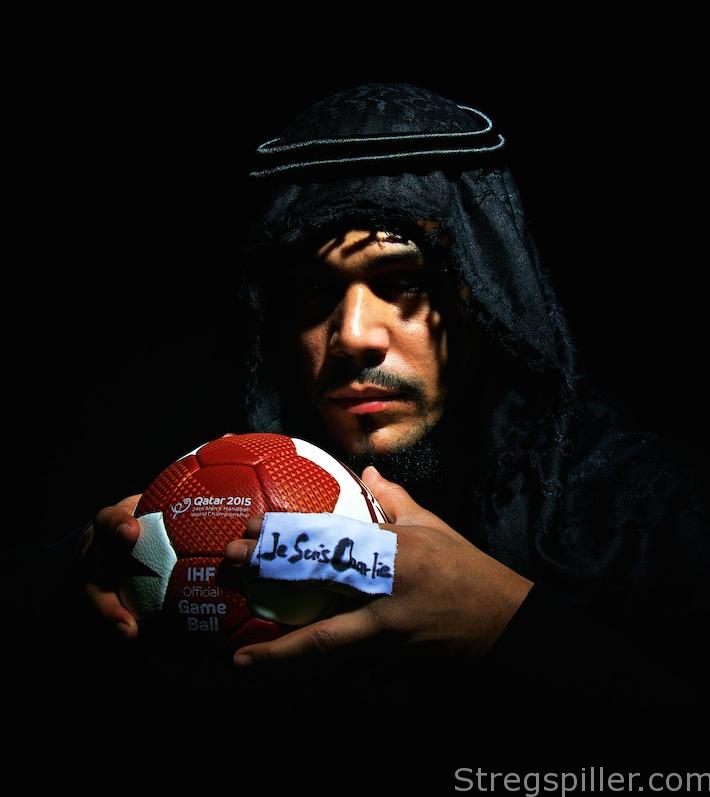 The Sky Is The Limit

Week number 1 at World Cup 2015 in Qatar has been concluded – time for a provisional appraisal of what has worked and what didn’t, winners and losers and what lies ahead.

Much has been said about Qatar’s exceptional sports facilities that were build under anything but outstanding labor conditions.  The buzzwords in connection with the build-up have been dealt with in media and elsewhere – the ugly “C”-word, a poor human rights record, slave-like labor conditions, delayed wages, slum-like housing for the many workers from Nepal, India, Philippines and so on and so forth.  As these issues continue to persist handball officials and other dignitaries have chosen to move on and focus on other, more important facets that an absolute monarchy with the world’s third largest oil- and gas reserves has to offer – money.  Money that is urgently needed to further develop handball beyond the borders of the sport’s European heartland.  Recommended reading in this context is Rasmus Bech’s article in “Politiken” uncovering a number of revealing as well as ludicrous viewpoints of Lars Haue-Pedersen, managing director of TSE, a well-connected sports consulting firm in Lausanne, Switzerland.

Meanwhile coaches and players turned to emphasize the near perfect logistics and overall organization of the tournament, while pointing out to be in no position to effectively correct any of the aforementioned deficiencies through protest or boycott.  In all fairness to the athletes, nobody in their right mind was expecting that they would express their opposition to the various shortcomings of an absolute leadership structure in a systematic way, while being in Qatar trying to determine the world’s best handball team.  Certainly not given the backdrop of the brutal terror attacks in Paris on January 7th.

“There are some things that money can’t buy.  For everything else, there’s MasterCard.” The “Priceless” campaign of the global credit card giant couldn’t be more applicable to Qatar’s efforts to not only provide for some of the world’s best arenas but assuring a competitive “national” handball team under the auspices of Spanish coaching legend Valero Rivera, fairly well-attended handball matches and favorable editorials.  And if the action on the pitch did not suffice to lure an adequate audience to the largest of the three stadiums – Lusail Hall – acclaimed recording artists such as Pharell Williams or Gwen Stefani were ready to take center stage at the end of the matches, further blurring the lines between main event and main attraction.

At first glance not much out of the ordinary could be reported from the handball court itself after the first 10 days of play.  Germany’s World Cup’15 participation, courtesy of the IHF’s controversial “gift-card”, has been discussed ‘ad nauseum’ and Qatar’s mercenary handball team will continue to grab the attention of critical observers as long as the squad remains in the hunt for medals.  Of course, it all happened according to the rules and regulations of handball’s highest governing body but for purists of the sport and fair play aficionados neither team has a rightful place in the tournament for one reason or another.  Alas, it does not reflect the realities of handball anno 2015 or any other professional sport for that matter.  If in doubt commercial aspects outweigh the ideals of equality and fairness – like it or not.

Week number 2 of the IHF’s bi-annual handball party will determine if Germany’s young and euphoric team can continue to ride the wave of success all the way into medal territory.  It’s anything but impossible given the question mark behind the health of Sweden’s star player Kim Andersson and being seated in what looks like the more favorable side of the bracket, avoiding teams such as Spain, Denmark and France until the final rounds.

Can Denmark make another successful run and go all the way this time around?  After two lost World Cup finals (2011 and 2013) the answer will be closely connected to the upcoming performances of Denmark’s two biggest stars – Mikkel Hansen and Niklas Landin.  Most likely Spain and France will be in the way while looking for their own advantage.

Handball fans from around the world can look forward to eight more days of drama and spectacular plays.  Only in the IHF’s most important TV market most supporters will miss their team’s run for precious metal.  As in Qatar (the) Sky is the limit in Germany.