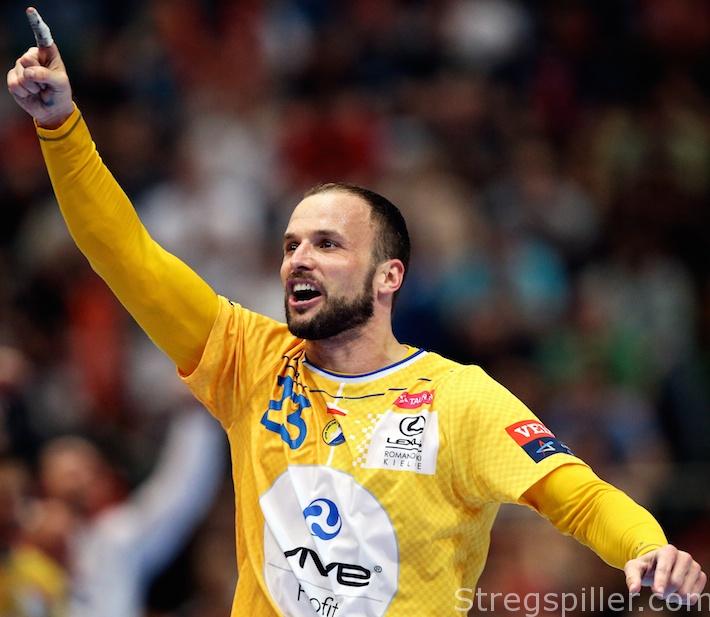 I like handball so much, because it offers so many different styles, tactics and skills.  Fast-placed skillful handball is the one I prefer the most, even if it doesn’t always translate into a lot of victories and titles.  The team of Slovenia is a perfect example.  It’s always fun to watch a game with the likes of Dean Bombac, Miha Zarabec or Vid Kavticnik.  Unfortunately they don’t win most of the times.

It came as a shock when Slovenia beat Spain in the Olympic qualifier in Sweden and secured a spot in Rio.  But every once in a while the team of former legendary player, Veselin Vujovic, has been able to use its immense handball intelligence to surprise their opponents – although it has become very difficult in today’s sport, in handball as well.

But Vujovic likes to astound his own players as well.  When he released the list of team members going to Poland for EURO 2016, one major name was missing, Dragan Gajic.  Just one year after being the top scorer at the World championship in Qatar, he wasn’t good enough anymore to represent his country at the highest level.  Well, he was, but let’s say Vujovic wasn’t interested.

Gajic went to Twitter to complain about his omission, but it didn’t really help.  Vujovic had made another strong decision and wanted his team to focus on the future.  A future that looks bright with players like Dean Bombac on the roster, seen by many as the less talented version of Croatian legend Ivano Balic.  But in Poland he was left alone, or on the bench, and Slovenia didn’t survive the preliminary round.

After the third game against Germany, I remember talking to Vid Kavtacnik, one of the few veterans remaining on the team.  He told me Slovenia’s biggest problem is size and, also, lacking quality players on the left-back position.

If it wasn’t for him – by the way, he is not the tallest player around – Jure Dolenec, also rather small, but extremely skillful, has to carry the load.  Dolenec missed the EURO, so you can imagine how much Kavticnik enjoyed the tournament.

Dolenec will be making the trip to Rio, as will Bombac and Uros Zorman – all three are set to be teammates at Champions League winner Kielce when the new season starts.  Miha Zarabec, who reminds me of Ljubomir Vranjes when he was still leading his offense on the court, can be as much fun to watch as Bombac.  Marko Bezjak of Magdeburg is another high quality playmaker.

But you see the point.  While Slovenia has four extremely good playmakers and two undersized right-backs to offer, who will score the easy goals when needed?  It seems almost impossible to answer.

And if you think of the opponents in Group B, especially the tall and physically strong teams like Germany, Sweden and Poland, it won’t be easy for Slovenia to come up with a win against either one of them.

But the quality of the team should be good enough to beat both Brazil, even on home soil, and Egypt.  But who ever Slovenia might face in the quarter-final match, the one apparent question will loom over the squad as it always does: Can pure skill make you win the most important games?