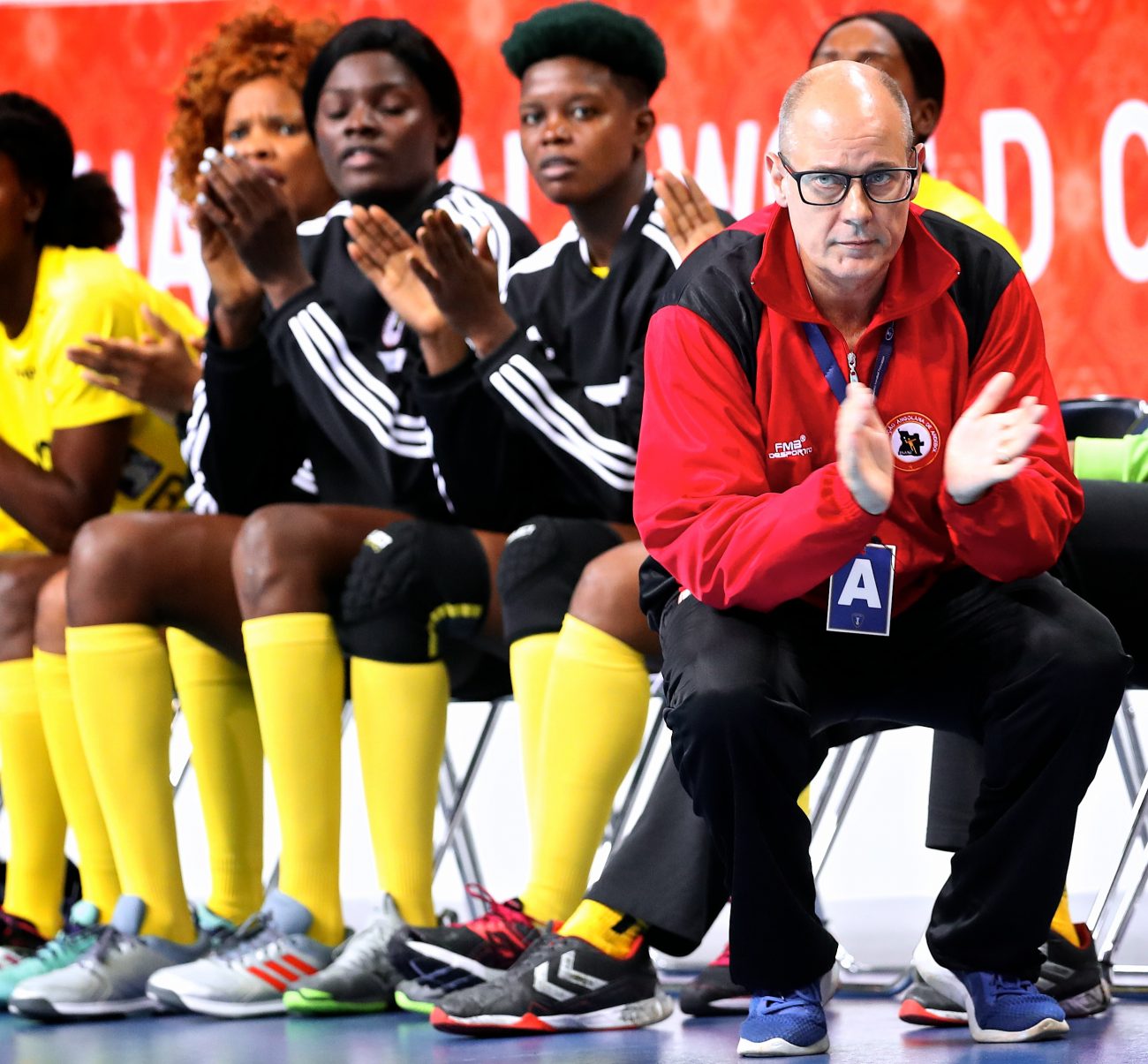 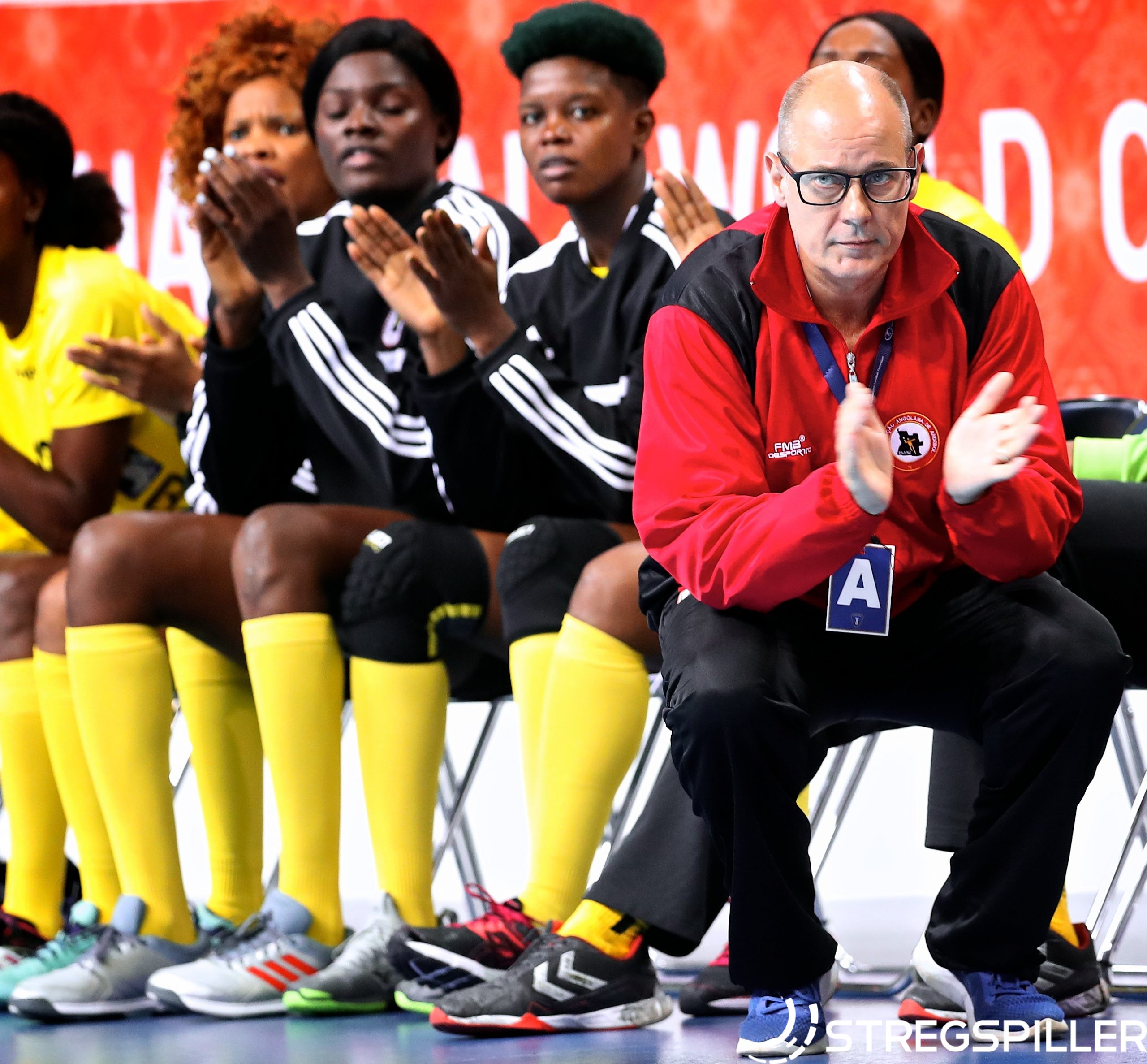 In 2013, Brazil shocked the handball world to claim the World Championship, beating hosts Serbia in the final, to become the first non-European team to win the title in 18 years and the second of all-time.

Morten Soubak was the mastermind behind the success, which came halfway through his tenure with the Brazilian national team.

Fast-forward six years and the adventurous Dane is at Japan 2019 with Angola and he is on a mission to help the African champions break into the world’s elite.

Arriving 18 hours before Serbia after a 40-hour journey

The current stage of this mission is a damn difficult one, however, as Angola found themselves in a group with four European sides.

“We knew we were in an extremely difficult group, but we were the fifth seeds so it would be a very tough group for us no matter what.

“Being in with four good European teams, we knew it would be a very big surprise for us to qualify in the top three.”

They gave it a right good go though, beating Slovenia comfortably and giving Norway, Netherlands and Serbia something to think about.

A fourth-place finish in the group is a respectable result, but you can’t help but think the first match against Serbia have gone differently had their pre-tournament circumstances been better.

“We didn’t have the best preparation. We stayed in Africa until the day before the championship, arriving 18 hours before the first game after 40 hours of travelling. That may have had an impact, but we played a good game against Serbia.

“We didn’t have the budget to come earlier. The idea was to come 10 days beforehand, but it was too expensive for us.“

We’ll get back to budgets and the challenge of competing with European standards in a moment, but first a look back at how this remarkable adventure come about for the 55-year-old.

Well, it all started with “one great year” in Brazil in the mid-nineties, which inspired him to return 10 years later to coach men’s club Pinheiros for three years. Soubak’s success at club level got him noticed and in 2009 he took charge of the Brazilian women’s team and under 18 team at the same time.

His reign from 2009 to 2016 with Brazil built up towards competing at the Rio Olympics, which included a spell coaching Austrian club Hypo NÖ where many of his players were plying their trade.

This golden generation of players delivered world gold in 2013 but could not replicate the success in Rio, despite finishing top of their group – a feat their Dutch opponents cared not for at the quarter-final stage.

On to Angola Soubak went, continuing his journey around the Lusophone Commonwealth, and took on a team which also reached the quarter-finals at Rio and also have most of their players at one club, Primeiro de Agosto, but that is where the similarities end.

“We haven’t played one game with the national team in Angola since I’ve been there.

“On one hand, it’s an advantage that I can work with the players at Primeiro de Agosto every day, but the other big teams here have players playing for the very best clubs, competing in the Champions League or EHF Cup and play in a good league. This means they have many games at a higher level and speed and we don’t.

“We have a traditional rival with Atlético Petróleos de Luanda, not just in handball but many sports, and that is very good for the sport as it grabs some attention and we have some tough games.

“But the speed we experience at this level is something we don’t have in Africa and the way games are refereed are completely different as well. We have an African Champions League, but in reality, we cannot compare it with Europe.”

“Tell me where to put the ball”

Another noticeable difference is the way Soubak interacts with his players and it is something he has a very balanced approach to. The Dane has discovered that his players have grown up with authority, while he wants them to become more independent and express themselves on the court.

“Because I’m the newcomer, I had to find out how to deal with the players, how can we work together. I’m still learning, but they also have to learn from me.

“I want them to be more responsible for themselves, to take more action in their position and to think about what they can and should do.

“That is a big difference, they are not used to questioning what they’re doing and having an opinion, they’re used to just doing what they are told. In my first year, they would say ‘you’re the coach, you tell me where to put the ball’ and that is something I’m still working on.

“But I think it’s getting better and I really enjoy working with these players, because I feel we’re making progress. With the club, we just won the first Super Globe and we can go even further by the Tokyo Olympics, regardless of how this World Championship goes.

Their fourth-place finish ensures they will finish in the top 16 and one victory in the next two President’s Cup games will ensure their best finish since 2011, but Angola have the bigger picture in mind.

“We need to use this championship as preparation for the Olympics. We need to take all we can get when we meet these top teams.

“We have a clear idea of where we need to improve, but also where our strengths lie and recognising and being honest about both is very important.”

Soubak is then undoubtedly delighted to be coming up against France on Sunday, a truly surprising President’s Cup opponent, followed by a clash with either Hungary or Argentina.

All four teams would have progressed to the Last 16 if the competition structure was the same as 2017 and the change has left Morten disappointed.

“The physical side of this championship is a great test for us, but the old format of four teams progressing to the knockout rounds would have been better for us and other non-European teams. If we want more of these teams to be among the best in the world, then they should have kept the old format.

Performances and lessons learned, not results are what Angola will be concerned about over the next two days. These opportunities to learn may be few and far between before their real exam in Japan next summer.

“We hope to get to Europe and take part in the national team weeks in 2020, playing club teams or national teams before we come back to Japan.

“We knew that progressing from the group would have been a big surprise this time, but that changes next summer when reaching the quarter-finals is the goal.”