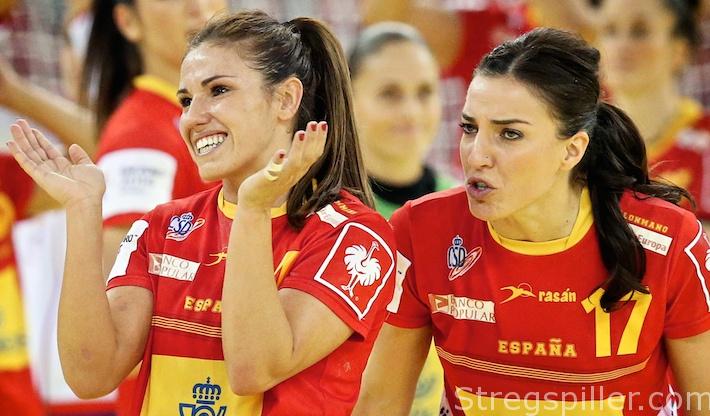 Spain – a dark horse as always

Spain may not be able to repeat their achievement of the 2014 European championship, when they won the silver medal, but the team is definitely a contender once again.

Spain surprised many in the world of handball two years ago, when they won the silver medal at the European championship in Hungary and Croatia.  Only finalist Norway was too much to handle.

Most people should not have been caught off guard after all, as Spain had already taken the bronze medal at the 2011 World Championship in Brazil and at the London Olympics in 2012. But following the silver medal in 2014, Spain’s results have been modest.

After a rather fine preliminary round at the World Championship last year, the eighth-final marked the end for Team Spain, and at the Rio Olympics in the summer of this year, the squad from southern Europe took the exit in the quarter-final.  Certainly no satisfactory results for Spain and their experienced coach Jorge Duenas.

Spain is a dark horse at this championship as they have been so many times before.  Their squad looks promising, not the least because some of the key players have benefited from joining new clubs.

For example, it hasn’t harmed goalkeeper Darly Zoqbi de Paula to join Buducnost, while Alexandrina Babrosa Cabral has been one of the few successful newcomers at Rostov-Don.  And Lara Gonzales, who had a difficult start due to a late arrival at Team Esbjerg, has seen her performance improve over the past weeks.

Spain´s opening match in Stockholm against the host may provide a very good hint of their chances this time around.  In a group, where Serbia and Slovenia are the other contenders, they have a very good chance of taking first place.

In the main round, tougher challenges will be waiting in the form of France and The Netherlands, and here, Duenas´ women will really be put to the test.

Spain are favorites to win Group A, and in their main round group, France and The Netherlands are most likely the only opponents who can really cause them trouble.

A final position amongst the top eight teams is very realistic, while Spain will need to step it up considerably to reach the semi-finals.  But who says they won´t?

While the goalkeeping position is crucial to any team’s success, it is even more so to Spain, as the cooperation between goalkeeper and defense is so essential to the Spanish way of defending.

For a long time, Spain has had a great goalkeeper duo in Siliva Navarro and Darly de Paula, but due to her most recent experience at the top level in Buducnost, former Brazilian international, de Paula, is a bit ahead of Navarro at the moment.

Nerea Pena will celebrate her birthday between the second and third match day of the main round.  On December 13, she will be turning 27 years, and the day will undoubtedly be even nicer for the 175 cm tall center-back if Spain has a successful tournament – she will have it in her own hands.

With her vision of the game and her ability to set up scoring opportunities for her teammates, she is just as important to Spain as she has been for her club Hungarian Ferencvaros.

If she is not the best right-wing player in the world at the moment, she is definitely among the two or three best ones.

To be successful in Sweden, Spain will rely on her varied shots from the wing as well as her speed running counter attacks just as much as her club, CSM Bucurest has done for two years now. Expect a lot from Carmen Martin.