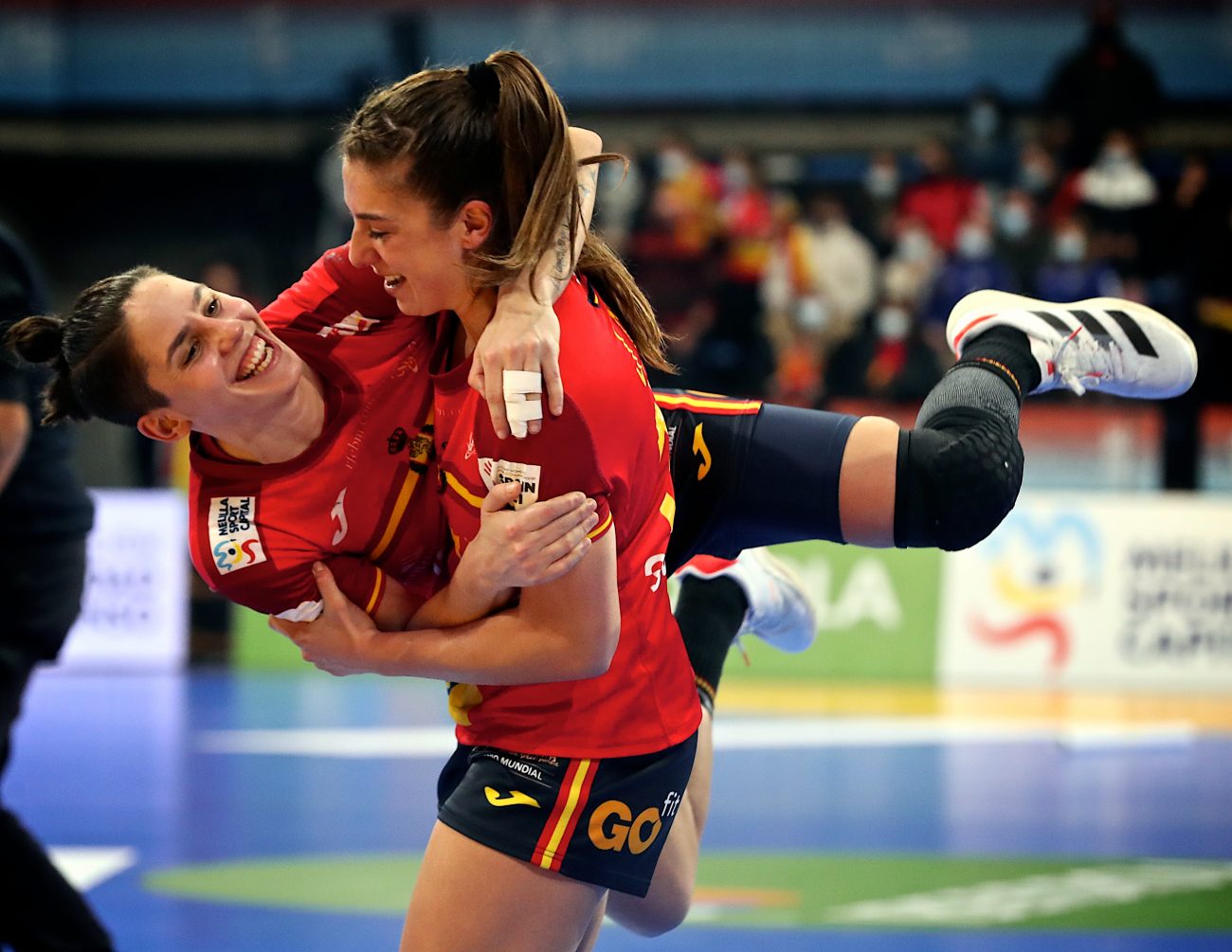 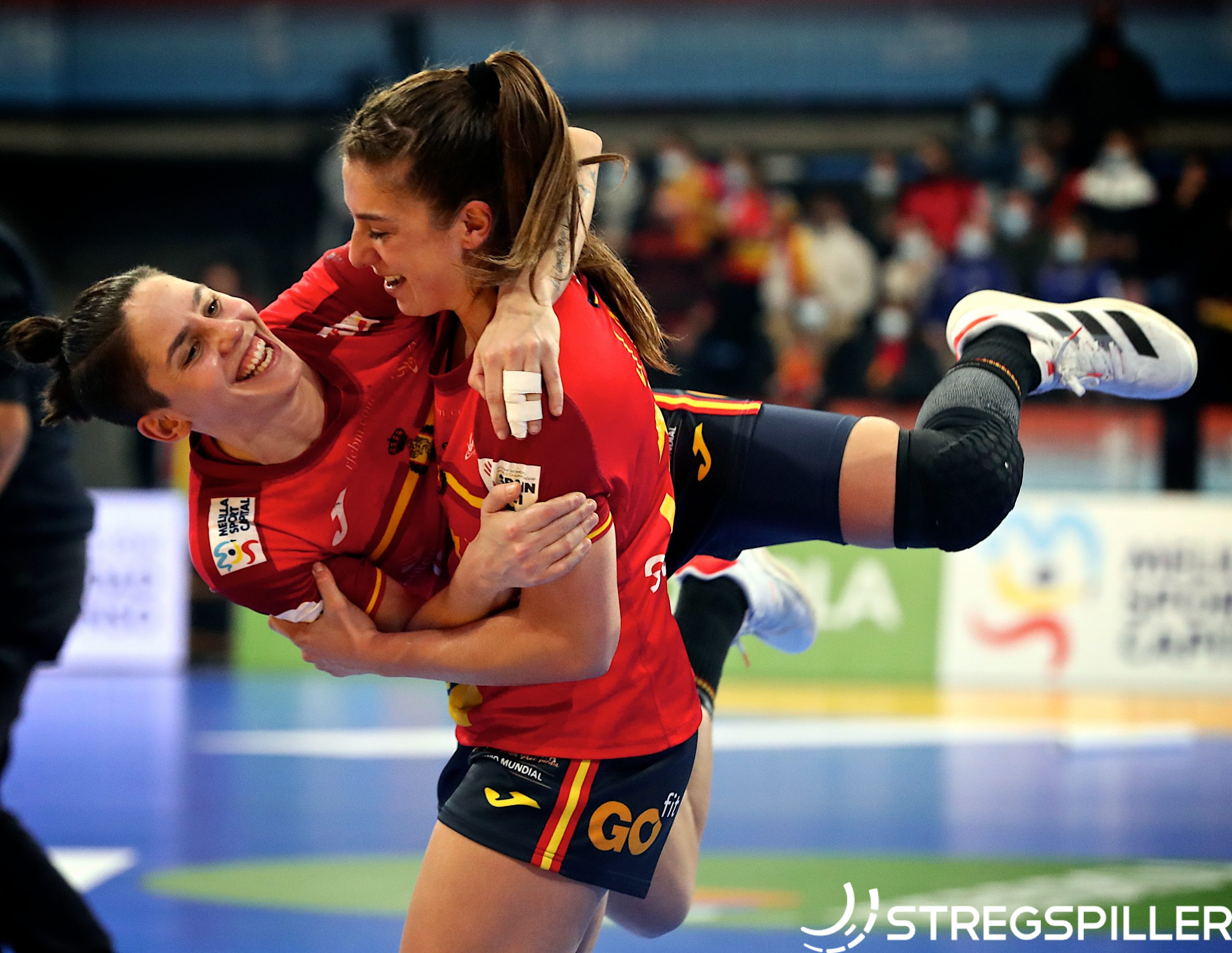 Hosts Spain came into the quarter-finals as somewhat of an unknown quantity, in so far as they had progressed with ease from the softest quarter of the championship. An unbeaten main round concluded with a 27:24 win over Brazil but it was difficult to know if that would suitably prepare them for this contest, one of the tougher quarter-finals to predict.

Following a dream start to the championship with five wins from five, Germany were brought crashing down to earth with a 32:16 hammering at the hands of Denmark. The players and coach were quick to push that match to one side but could their actions match their words?

Spain brushed aside a horrible start to gain firm control of the match late in the first half and never looked back. It wasn’t pretty but they got the job done with a 26:21 victory and that’s all that matters in a quarter-final.

With the Palau d’Esports de Granollers rocking and even hotter than its usual uncomfortable temperature as this contest started, you could feel it, these are the games these championships are all about.

But the roar quickly turned silent as Germany did unto Spain what Denmark had done unto them, taking a quick 3:0 lead and forcing a timeout after just four and a half minutes. Early saves by Mercedes Castellanos kept Spain’s head above water before Shandy Barbosa scored their first goal in the eighth minute.

Spain were looking second best for until suddenly, two goals in 19 seconds by Maitane Echeverria brought them within two goals and send the crowd wild. Spain’s relative newcomers Paula Arcos and Carmen Campos were brought on and brought new life to the attack, while the defence created a fast break for Jennifer Gutierrez to give Spain a 9:8 lead.

This felt like the first real test of Germany’s mentality in a suddenly tense and hostile situation and they were not responding well. Mercedes Castellanos’ save from an Alina Grijseels penalty showed the way the tide had turned as Spain went into the dressing rooms with a four-goal lead.

Germany looked to shake things up at the start of the half with a 7vs6 attack, which helped, but their bigger issue lay at the other end of the court, where they were leaking wide-open chances against a fearless Spanish attack.

Another switch in approach, this time to a 5-1 defence, appeared to do the trick, Spain began to look a bit flustered and saw their lead cut to 19:17. Las Guerreras responded with some phenomenal defending and a double penalty-saving cameo by veteran goalkeeper Silvia Navarro, sparking a 3:0 run to lead by five with 10 minutes remaining.

The match was littered with penalties, 18 in total, with every second attack ending in one. Such fragmented play suited Spain to the ground as the majority of the arena begged for the clock to hit 60 minutes. Germany huffed and puffed but couldn’t blow this resilient Spanish defence down. A sublime spin shot by Carmen Martin put the icing on the cake as the fans celebrated the final minute on their feet.

If you’re good enough, you’re old enough. An adage which so often rings true in sport and did again today. This Spanish team has typically been known for being among the oldest in the championships but a generational change is taking place and it showed tonight.

Midway through the half, with Spain struggling to find a way through, 19-year-old Paula Arcos and Carmen Campos (26 but with few international caps to her name) came on and turned the game on its head with their fearless approach in attack. Add solid contributions from Maitane Etxeberria (24) and Elisabet Cesáreo (22) and you have a new batch of Guerreras ready to make waves.

“Maybe we started a bit nervous and in awe of all the people here, cheering for us but I think we did a big job and I’m really, really happy.

“We have a really big fighting spirit, we never give up, no matter how the score looks and today we showed it on the court. We fight for every ball and it doesn’t matter how we start, we have 60 minutes to fight and we did it.

“I’m really proud of the younger players, step by step we need young talent to come in with the same spirit, like warriors, and they are coming good.

“It was a really amazing atmosphere, I’m really grateful to all the people who came here, cheering, screaming, singing and they were our eighth player.”