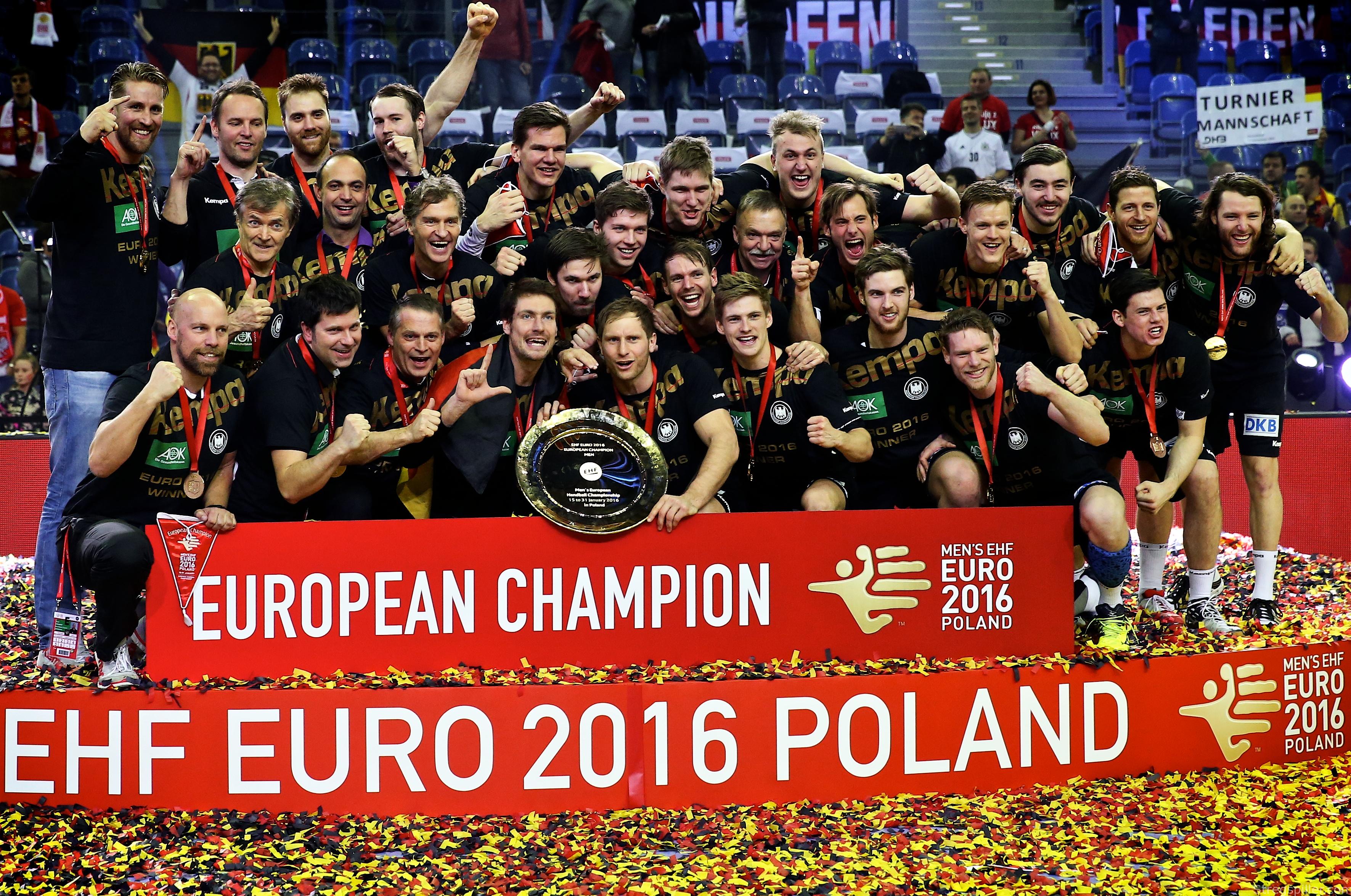 He’s young, maybe a little bit crazy as well, but first and foremost he’s fun to talk to.  He was a member of the young German national team that stunned the world of handball, winning the EHF Euro 2016 in Poland.  And since Jannik Kohlbacher is a “stregspiller”, why not take a closer look at him and his position, his unique style of play and his thoughts about the crazy idea to catch a handball without the use of resin in the not so distant future.

I still remember when I saw Jannik Kohlbacher play for the first time.  I had just gotten back from the World championship in Qatar and a couple of days later, I found myself at the arena in a very windy and cold city of Nuremberg, where the annual All-Star game of the DKB Handball-Bundesliga took place.  As the opening act, a B-selection of the German national team played an exhibition game, including Kohlbacher.

It wasn’t difficult to notice the bulky line-player.  Although he’s not very tall by handball standards, his style of play was quite impressive.  Back then Kohlbacher was just 19 years old and played for TV Großwallstadt in the second division of the German Bundesliga.  A short time later he moved on to join HSG Wetzlar in the first division and was lucky to find Kai Wandschneider, a coach who’s capable of developing young players while teaching them all the tricks of the trade.

One year later, Kohlbacher was already part of the German national team at the EHF EURO 2016.  But he missed out on making the cut for the Rio games – he didn’t expect to be part of the team in Brazil: “It would have been a surprise, just like in Poland, especially with our central defenders back in the game – Patrick Wiencek and Hendrik Pekeler – both at 100 percent.  But, I still followed the matches closely and was very happy for the guys.”

The success with the national team earlier in the year changed his life, as people began to recognize him when shopping or having a dinner somewhere.  “Honestly, I’d like to have more privacy, but we have to stay realistic, it’s not like we are football players – so it’s quite okay.”  He also knows that he can’t rely on handball for the rest of his life, as he is finishing his degree in business and sports management, next summer.

He takes his education serious, especially, after two of his teammates, Maximilian Holst (torn cruciate ligaments) and Philipp Pöter (undisclosed injury).  “I already played with Max in Großwallstadt and I know he will come back; he did it once already. Philipp just joined and he’s a really great guy.  It’s really tough.” Rumors have it that Pöter’s injury might even be career-threatening.

Soon Kohlbacher has to catch passes from his fellow players without the use of resin if the IHF has its way.  “To be honest, it’s not as bad for me as it is for the wing-players or shooters.  I just have to score from six meters, but obviously it will be very hard to catch the ball.   I can remember a game between Rhein-Neckar Löwen and Barcelona – I think it was two years ago – when Uwe Gensheimer scored eleven times – four or five times he did it with trick shots.  I guess that won’t be possible anymore.”

And, what about all those offensive fouls a similar player like Rafael Baena committed last season?  “I think my style is a bit different from his.  I don’t push out my butt like he does, my center of gravity is extremely low, and once I have established my position, I try to spin around the defenders after catching the ball.  Because most of them are quite tall, it’s not easy for them to get around my body and stop me from shooting.”

It’s statements like these that make you believe in Kohlbacher.   Although still young, he understands the game very well and knows his strengths.  His idol is Swedish legend Marcus Ahlm, the former captain of THW Kiel.  It might be hard to be as successful as Ahlm was, but with a few more spin-o-ramas he could come close.

And in case he learns to defend on a slightly higher level, don’t expect him to stay in Wetzlar for much longer.  Although, his offensive abilities might be reason enough already that the powerhouses of handball will extend an offer much sooner.