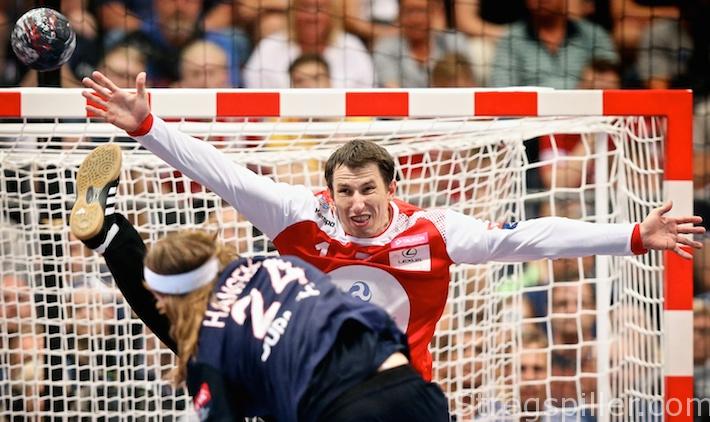 PREVIEW – MATCH OF THE WEEK – GROUP B – The winner of Sunday’s match in Kielce will stay in touch with the front-runners, keeping their hopes alive to proceed directly to the quarter-final.

Kielce lost first place in Group B through a shocking 34:33 defeat in Celje last Sunday, while Szeged also suffered a potentially critical loss at home to HC Vardar (23:21).

Vardar are leading the group with 18 points, one point ahead of second placed Rhein-Neckar Löwen.

However, both teams have played one match more than their followers.

Kielce are third with 14 points, followed by Szeged in fourth position, one point behind.

Both teams are sure to reach the knockout stage – now “only” the best possible position for the next phase is at stake.

For Kielce’s playmaker, Dean Bombac, the match is special, as he was representing Szeged until last season.

Kielce won the first match against Szeged this season, when the Polish side left Hungary with a 29:27 win on October 9th of last year.

That victory was Kielce´s fifth triumph in seven European matches that the two sides have played against each other.

Only twice have Szeged succeeded, with their most recent win (31:30) coming in a group match on home ground, back in September 2015.

Duel of the Match – Part One: Szmal vs Sierra

Like in so many handball matches, the goalkeeper contest may be key.  Two very experienced goalkeepers, both performing on a high, international level will stand at each end of the court.

Both are 38 years, old but if age equals quality, Spanish Sierra has the edge, being four months older than his Polish rival.

Actually, Sierra also has a good chance to get the better of Szmal on the court.  Szmal’s form curve has not been impressive as of late.

Stas Skube was Szeged´s best player in their narrow home defeat against Vardar, and he will need to reach the same level, if the Hungarian side wants to succeed in Poland.

It will also be interesting to watch Skube´s predecessor in the playmaker position, Dean Bombac, against his former teammates. In any event, a duel between these two elegant playmakers is always interesting.

As mentioned above, both teams have been licking wounds after their respective defeats this past week.

Kielce appeared to have their away game against Celje under control; still the ruling Champions League winners had to leave Slovenia with a 33:34 defeat.

Szeged were leading several times at home against Vardar, but let the visitors scored the last two goals of the match, losing 21:23.

Having the deeper squad and playing at home should do the job for Kielce.