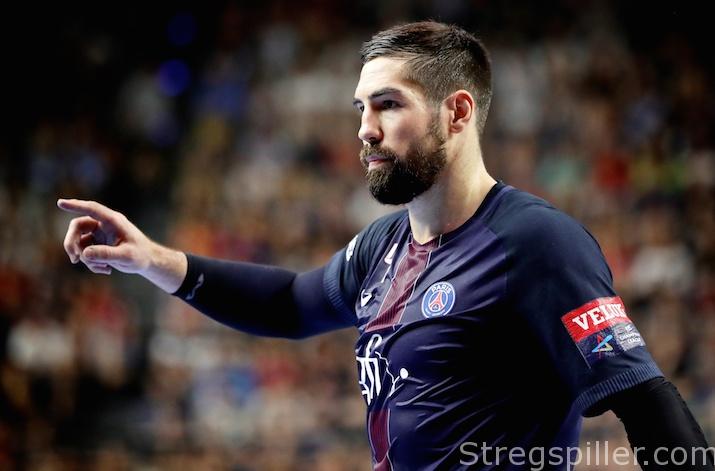 “We still have to work on a lot of things”

Mixed zone interviews can be a tricky exercise, especially for star players who have just lost the first title of the season. But Nikola Karabatic, Paris’ center-back, wants to learn from the weekend and use the lessons to elevate Paris to an even higher level.

Nikola, PSG was the favorite but didn’t manage to succeed, can you tell us why ?

The start of our game was terrible.  I think that the first fifteen, twenty minutes were a burden that we dragged all the way through the match.  We had a very poor start, – and we received a lot of two-minutes penalties as well.  It made it difficult for us to defend effectively.  But all, Nantes played very well.  Their goalkeeper made twenty-two saves and it’s hard to win when the opposing goalkeeper is playing at this level.  We had to fight to find solutions and when we had them, we failed to convert them.

Does it feel like a disappointment to not win tonight?

Our objective is to win every competition.  So, today was the first goal of the season, and we lost.  Of course we’re disappointed and sad.  But we also know that there are many games in the season and that it’ll be a very long one.  Now, we’re going to have ten days to work and prepare for the first league match.  That’s what we appreciate in handball, you never stop playing, no matter whether you win or lose a title, you have to refocus for the next one and it’s going to come very quick.

Is there anything that Paris has to work on in particular?

Of course, we still have to work on a lot of things. We never said that we were 100% ready.  We were playing well, we had confidence but tonight we missed a lot of things on both ends of the court, and that’s not something you can afford against a team as good as Nantes.

You succeeded in all the preparation games by ten goals, you looked untouchable – does this defeat worry you?

No it doesn’t, if anything if feels more frustrating than anything else.  This competition is something special, it doesn’t say anything about the rest of the season.  But you have to use the lesson, to correct the small things that aren’t right.  So, in a way, it can be a good thing. We are now reminded than nothing will come easy this season, not matter how good our preparation games were.

Will Nantes be the bug buzzing around your ear in the French league?

There are many “flies” everywhere, you have to pay respect to all the other teams!  When you look at Montpellier, Saint-Raphaël and the others – gone are the days when the league winner was determined between two or three teams, or even less.  Now, there are international players everywhere, all the clubs have quality and great players playing well – the overall level has increased.  That’s what makes the league and the games interesting.  Nantes might not think they’re at the same level as us because they haven’t been champions yet, but they are very close.