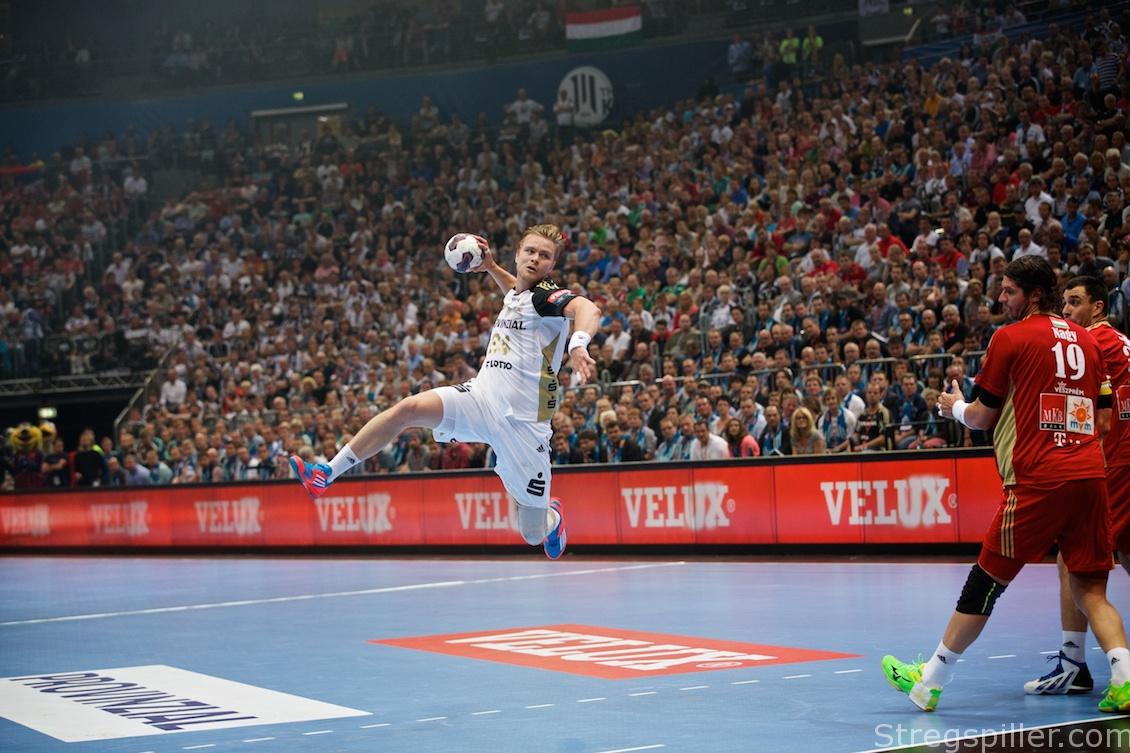 When you talk about big handball nations, Iceland used to be one of the first countries on the list, at least about five to ten years ago.  After stunning everyone at the 2008 Bejing Olympics winning silver, Iceland followed through with a Bronze medal at the 2010 EURO, in Austria.  While Olafur Stefansson was on his way out, Aron Palmarsson was developing into the leader of the team.  But apart from him, who else represents world-class today?

Sure, Gudjon Valur Sigurdsson is still one of the best left-wings in the game, but as a winger you’re totally depended on your teammates and you can only do that so much.  But that’s not the only problem for Iceland, which is featuring a lot of first-timers.  Palmarsson, as the Icelandic handball federation announced yesterday, will stay home receiving further treatment on a recent injury he suffered and it’s not sure that he will play at all during the World championship.

Head coach Geir Sveinsson nominated just 15 players, so he could easily be brought to France at a later point, but surely his current club, Telekom Veszprem, wouldn’t be too happy about it.  And taking into consideration that Iceland probably won’t make it to the final, why let him play at all if he’s not at 100 percent?  His case illustrates the current state of Icelandic handball perfectly well.  The team was never as deep as other contenders, but nowadays it’s the total opposite.

Yes, I know, Croatia heavily depends on Domagoj Duvnjak, Hungary relies a lot on Laszlo Nagy, Macedonia must get the support of Kiril Lazarov.  But Iceland?  Iceland faces a real problem now.  Just after the news came out, I wanted to bet my house and everything else in my possession on Iceland dropping out of the competition after the group stage.  Okay, I might be exaggerating a bit now, but if Iceland makes it to the quarterfinals, it would a real big surprise.

So what should they realistically aim for?  When I texted with right-win Arnor Gunnarsson just two days ago, he told me that the team features a lot of new, young, talented players.  That might be true, and there’s no reason to not believe him.  But all those players lack experience.  And I’m not talking about experience at prestigious, international tournaments, but experience against better competition.  Many of the players are just not used to play against top competition every single week.

If you ask me – something you should always give a second thought – still, if you do: Iceland shouldn’t even think about winning single games, because it won’t really help.  Let the young players gain a ton of experience and let them play in the crucial moments of the match, even if you end up losing them.  Icelandic people stick together.  Even some losses won’t cause trouble in the locker room.  The few veterans will understand the situation and help the youngsters.

It’s possible that we won’t see Iceland at the EURO 2018 in Croatia either, as they face tough competition with the Czech Republic, Macedonia and the Ukraine.  All of these nations can beat each other on any given day.  Now, there is a good opportunity to let the young players grow up and develop.  The group stage at a World championship is as good as it gets, because you got five tough games to play, and Angola will be beaten anyway.

And although I’m not as optimistic as I was before I heard of the “Palmarsson news”, if charismatic goalkeeper Björgvin Pal Gustavsson is on fire, Iceland could beat countries like Macedonia or another injury-troubled team like Slovenia.  But generally speaking, it’s all about stopping the decline.