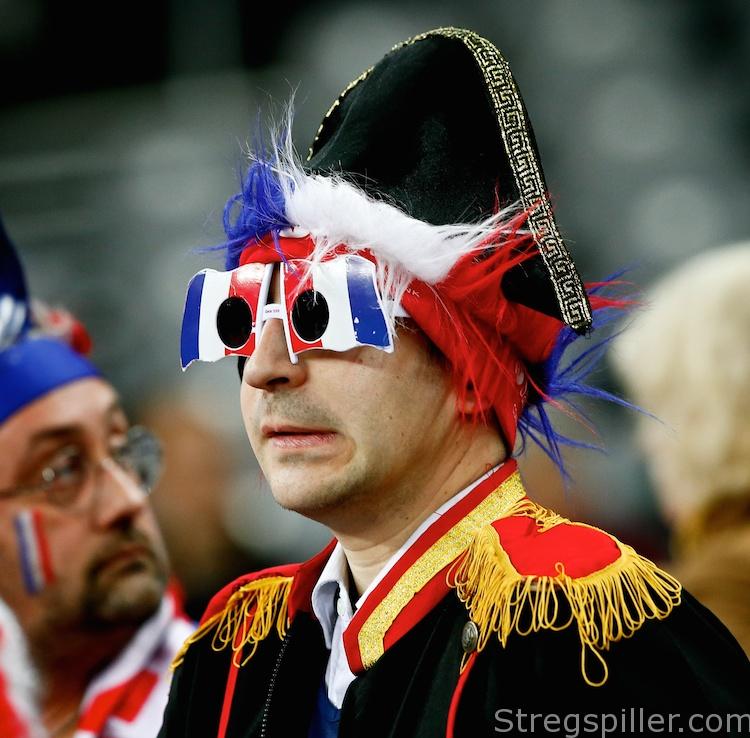 Funny how just a couple of weeks ago, French handball fans and officials alike were mocking Germany’s handball Bundesliga.

“Not enough rest in the summer”,

Those were only some of the statements you could hear when talking about handball in Germany. And it became even worse when Rhein-Neckar Löwen decided to send their B team to battle Kielce in the Champions League, last weekend.  Although some fans blamed the EHF as well.

Yet, when looking at the mad schedule that HBC Nantes is going through at the moment, it seems like things are not so much better in France.

Take last week, for example, when Nantes played a league game in Aix, on March 21st, leaving home the day before. As soon as the game was over, they took the bus to Milan, where they arrived at 3 am.  Why the bus and why Milan?

As there was fear because of a pilot strike in France last week, the detour via bus and Milan appeared to be the best way in making sure the team would arrive in Brest (Belarus) on time.  Following a 6 am wake-up call, two plane- and another bus ride later, Nantes made it to Brest on Thursday evening.

“We were a little bit tired, to say the least.  But I guess no one is to blame as we can’t travel by private plane.  And when using regular airlines, flying to Brest is a nightmare,” said Nantes coach, Thierry Anti.  One victory and a night later, the French team returned back home on Sunday evening – five days after leaving town.

What a hell of a week, right?  Well, it gets even worse.  Soon, Nantes will not only have to play two games in four days, but two games and ten minutes!

In case you haven’t followed handball news in France as of late, here’s the deal.  Three weeks ago, Nantes had played a French cup quarter-final versus Nîmes, succeeding by one goal.  But eleven minutes before the end of that game, Nantes – mistakenly  – had eight players on the court for a couple of seconds.  At the time they tied the score when in fact they should have lost the ball and one player if referees and delegate would have paid a bit more attention. But they didn’t – Nîmes challenged the outcome of the match and the federation granted relief.

The last eleven minutes of this match will have to be played again. And the only time to do it will be this Friday night – 48 hours after a French league game and two days before the return leg of the Champions League Round of Last 16 versus Meshkov Brest.

“To think that we’ll only have one day to prepare for what could become a historical moment for French handball, drives me nuts.  There is no respect for the players whatsoever,” remarked goalkeeper, Cyril Dumoulin, earlier in the week, while Nantes president, Gael Pelletier, wasn’t any less angry.

“Can you imagine having to run the last five kilometers again, for some reason?  That’s what the federation wants to see happen. The health of our players’ is not taken in consideration – everybody will try to create the physical impact of a sixty-minute game in eleven minutes.  That’ll be very dangerous,” he raged.

Finally, on Thursday afternoon, Nantes took matters in their own hands and decided to withdraw from the French cup and focus on the upcoming Champions League match versus Brest instead.

What the last two weeks have been for Nicolas Claire and his teammates and considering in what shape they’ll return after having played three Golden League games in four days in Norway (April 5-8) is anybodies guess.  A competition which, by the way, all players and even the national coaching staff want to get rid of.

At the very least, Didier Dinart made a wise decision, leaving some of France’s key players (Sorhaindo, Nikola Karabatic, Abalo and Guigou) at home instead of making the trip north. Unfortunately, all five players from Nantes that were selected will be present when the national team meets on Monday morning.

Insane competition schedules have been the subject of worries in handball for quite some time. But it very much appears like nobody really cares and it’s getting more grueling every season… not only in Germany’s Bundesliga.