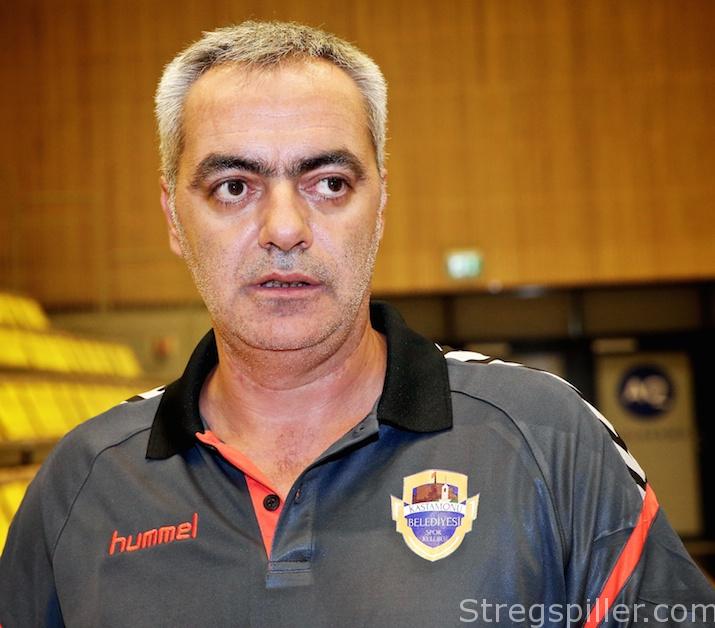 “With our strongest squad, our chances would have been good”

INTERVIEW – Hakan Günal, head coach of Kastamonu Belediyesi GSK regrets not having received visas for two of his key players.

“With our strongest squad, our chances would have been good”, he claims.

Together with host Vipers Kristiansand, Kastamonu Belediyesi GSK are the only real debutants in Qualification Group 1 for the Women´s Champions League.

The Turkish champions have shown their face and played well in other European Cup competitions over time, but this is their first go at the “big one” – the Champions League.

“It is obviously a big honor for us having gotten this far, and it is a great opportunity to gain experience.

“Over the course of the last years, things have been moving up for us, simply put.  We are proud to have qualified for this event, winning the Turkish championship last season,” head coach Hakan Günal tells stregspiller.com.

However, he realizes, that the qualification tournament in Kristiansand (Norway) this weekend is probably as far as his team will be able to go.

“Realistically, we do not have a chance to reach the Champions League group matches.

“Kristianstad will probably be too strong for us anyhow, furthermore, we are missing two important players, because they could not get any visas.

“This means that we only have 14 players with us here in Norway including the goalkeepers.

“If we would have been able to send on our strongest team, I would say that our chances to win against Podravka in the semi-final on Saturday would have been 60 per cent.

“As things are now, I would rate our chances against them to be 50 per cent at the very most,” finds Hakan Günal.

Making use of European experience

While Kastamonu are in their first Champions League qualifiers in the history of the club, they are not new to European handball and neither is coach Hakan Günal.

“Kastamonu played the Challenge Cup final two years ago, and I also have considerable international experience myself, although the Champions League is completely new to me as well.

“Of course, we can make use of some of our collective international experience here, but still, this is all new to us.

“First of all, we will concentrate on Podravka, who are the initial hurdle that we will have to overcome, to stay in the race.

“We have analyzed them, of course, and we know that they have changed their coach and several of their players, but some key players have stayed on.

“As I said, I would say that our chances against them are 50 per cent at the maximum, but of course we will fight with all we have. It is also important to us, to represent Turkish handball in a good manner.

“However, we do realize that even if we get past Podravka, Vipers will probably be too tough for us. But we will certainly accept the challenge when it presents itself,” says Kastamonu’s coach.

“Of course, we will have to win the Turkish championship again to get another chance to qualify, and that’s not as easy anymore, as it may have been in the past.

“While on the men’s side, teams still have a long way to go, women´s handball is really in progress, and the Turkish league has become considerably stronger as of late.

“I am sure that within a few years, you will see the first Turkish team in the Champions League,” says a confident Hakan Günal.