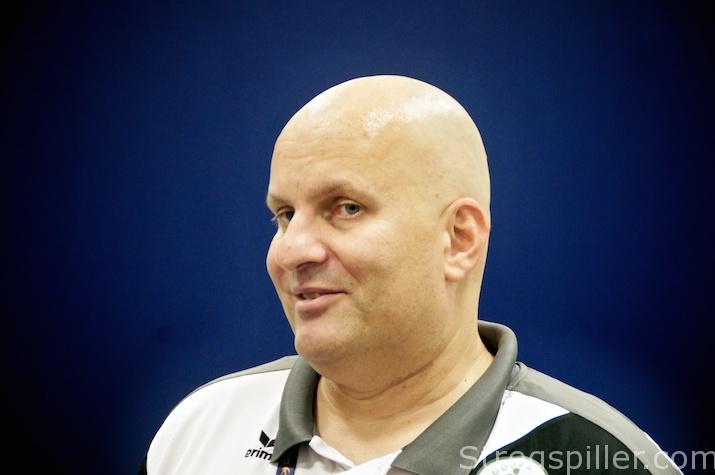 Surprising Saudis but no Pro’s

To the surprise of many, Saudi-Arabia did get a chance to make it to the round of the last-16, missing it by a hair.  A good first half against Croatia and a victory against Chile – the team from South America had beaten Belarus on the first day of the group stage in Rouen – caught the eye of many experts.  Nenad Kljaic is doing a heck of a job considering the circumstances.  I talked to him about what’s going on in Saudi-Arabian handball and of course the match against Belarus, which turned out to be the game that brought Saudia Arabia to the President’s Cup.

The loss against Belarus was the key for you not making it to the round of last-16.  How disappointed are you about the result and the bitter-sweet ending with the win against Chile?

Obviously we wanted to reach the next round and win those games – or win them by a higher margin.  We thought if we win the last match against Chile by four goals – which we didn’t do – that we would have moved on.  But Belarus defeated Hungary and so it didn’t make a difference.  But generally I’m happy with the performance of my players.

It would have been a huge surprise if you had made it to the round of last-16.  How many players are actually playing handball in Saudi-Arabia?

The first division has twelve teams, but only one foreign player is allowed on the court and the national teams consists of home-born players only.  There are no foreign players on the national team.  We don’t hand out citizenships, for example, like Qatar does.  The players are usually policemen, students or work for the military, so they are not professional athletes at all.

You played in Germany for a long time.  How would you compare the level of play to the German league?  Is it comparable to the 3rd of 4th division?

No, it’s a higher level than the 3rd or 4th league in Germany.  The players developed a lot during the last twelve months. Unfortunately we couldn’t work as planned.  We wanted to start the preparation for the World championship in France on the 1st of December, but some problems occurred with the King’s Office regarding permission to leave the country.  I’m sure we would have beaten Belarus if we had a somewhat longer preparation phase.

We have some players in Saudi-Arabian clubs who took part and won the Asian Champions League.  I think if we keep on working together we will improve a lot in the next one or two years.  I have many players on my team that are quite young, 22 to 23 years old.  They will get better once they are more experienced.  And if we are able to play together for a long time, the players will know each other much better as well.

Does religion influence the training in Saudi-Arabia?

No, not that much.  Just when we leave Saudi-Arabia, because of the food.  Sometimes also in Saudi-Arabia, when we have to adjust our schedule to the times of prayer.  But the biggest issues are working hours and the university schedule.  We cannot practice in the morning, just in the afternoon.  And that’s problematic.