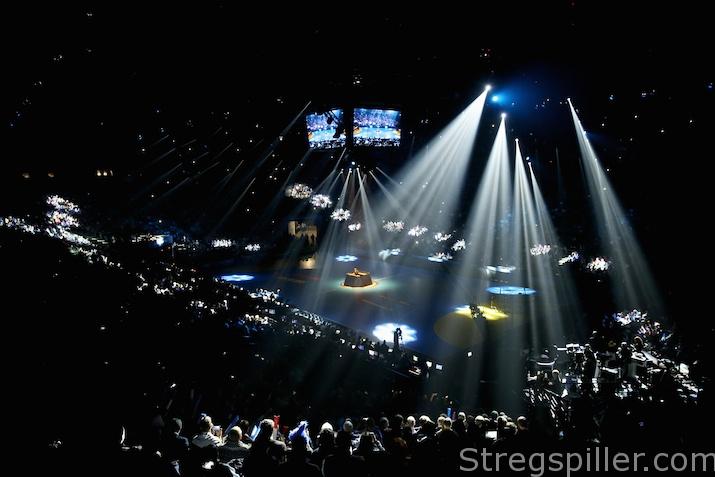 Sweden – better than we think?

After an Olympic failure and the departure of several key players, Sweden is not given much of a chance at the World Championship in France.  However, new shooting stars may prove the critics wrong.

Foolowing a disappointing Olympic tournament in Rio, last August, where Sweden had to fly home after the group phase, and things apparently went from bad to worse for “Tre Kronor” during the fall.

Experienced key players such as goalkeeper Mattias Andersson, defense expert Tobias Karlsson, right-back Kim Andersson and left-wings Frederik Petersen and Jonas Källman all ended their national team career during the past months – Källman only temporarily, due to paternity leave.

Sweden also said goodbye to the charismatic coaching duo Staffan Olsson and Ola Lindgren who were replaced by the rather unknown Kristján Andrésson.

Before taking over at the helm in Sweden, the 35-year-old Icelandic´s international experience has been limited to coaching Swedish league team Eskilstuna Guif in the EHF Cup in the 2012-13 season.

Even the Scandinavian’s had  a successful start to the EURO qualifiers in November, defeating Montenegro and Slovakia – teams from the second and third layer in Europe – it was not really enough to instill confidence in Sweden´s abilities to compete on the top level, or was it?

However, Sweden’s test matches ahead of the World Championship have changed my view – to a certain extend.  Winning 37:29 and 27:25, twice, over Norway as well as 38:21 victory versus Chile, all on home ground, may not say that much, if you only look at the results – though an eight-goal win against Norway is quite impressive, even on a stand-alone basis.

It was more they way these games were won that cause some respect.

The Swedish game has been fluent, brilliant at times, and consistency has been a core characteristic of their performances.  New and promising young players seem to be ready to take over from the “old guys” who left, sooner than expected.

While the right wing is still intact with Niclas Ekberg and Mattias Zachrisson, interesting things have happened on the opposite side, a position that has been covered by Källman and Petersen for such a long time.

We have already known, how big a talent, Kristianstad’s Jerry Tollbring is – Rhein-Neckar Löwen have spotted his potential as well and signed him for next season – but now, an even younger player has emerged, Emil Frend Öfors, from Alingsås.

In the back court, 20-year-old Lukas Nilsson from Kiel already is a key player as left-back, and another young lad, Simon Jeppson, who landed a contract with Flensburg, is an exciting newcomer.

The playmaker position seems to be in good hands with Flensburg center back Jim Gottfridsson and a young gun from Alingsås, Jesper Konradsson.  A bigger question mark hangs over the right back position, which is currently covered by Albin Lagergren and Andreas Cederholm.

With Veszprém’s pivot Andreas Nilsson and PSG’s Jesper Nielsen, coach Andrésson still has experienced people on the line, and Max Darj from Alingsås looks like a promising man for the future.

And in goal, the duo from Rhein-Neckar Löwen, Mikael Apelgren and Andreas Palicka seem to be fairly qualified successors to Mattias Andersson.

All in all a versatile and encouraging squad, that gives us reason to believe that Sweden may have a rather successful World Championship after all.

Another reason to expect success at the World Cup is a fortunate draw.  Sweden is in Group B in Paris, where they will probably not be able to do much harm when playing against their archrivals from Denmark.  But looking at the other teams in the bracket, Sweden’s chances look really good.

Against Qatar, who have been hit in a couple of positions ahead of the World Championship, Sweden will have a decent chance, and the same holds for the encounters with Argentina, Egypt and Bahrain.  Expect Sweden eager to revenge their 26:25 defeat to Egypt at the Rio Olympics.

Therefore the Scandinavian’s will have no problems reaching the eighth-finals, possibly from second position in their group.

In the eighth-finals, Group D will cross with Group C, and assuming that Croatia and Germany take the two top spots in their group. Sweden will run into one of them but only, if they finish third.  And this means that Team Sweden will exit the competition after the first knockout round.

If Sweden finishes second – which is my expectation – their opponent will almost certainly be Hungary.  As I have mentioned in a previous article, I rate the Hungarian team highly, but to me, the match looks pretty open.

And even if Tollbring & Co. do not move past the first knock-out stage, they seem to be on the right track with a promising squad that will excite in the years to come.