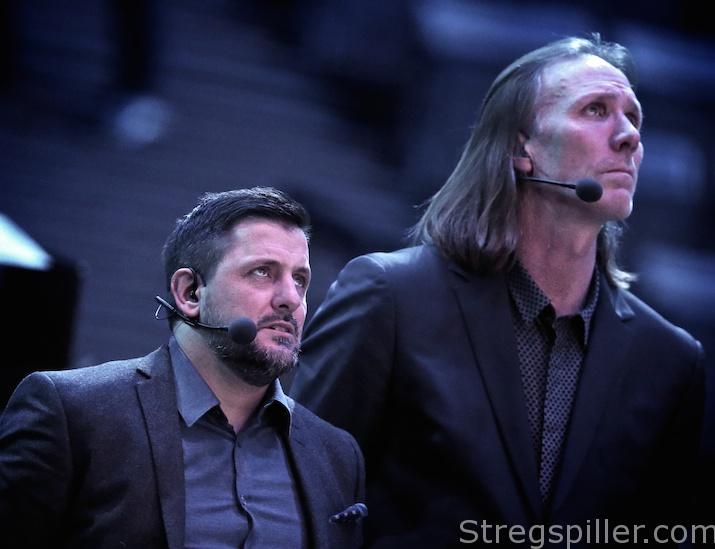 Sweden can be very dangerous

As usual the national team tournaments are a big summit of former superstars.  I went to Paris this past Monday, to attend the Scandinavian classic between Sweden and Denmark.  As expected the arena was crowded with some of the all-time greats.  Lars Krogh Jeppesen, Lars Christiansen and Ljubomir Vranjes were too fast for me, but Staffan Olsson had lost a step so I was able to catch up and have a little chat with him in the media center.   Here is what he has to say about Team Sweden, his new superstar at Paris St. Germain – Uwe Gensheimer -, and safety issues in the French capital.

First of all, what’s your role here in Paris during the tournament?

SO: I’m working as an expert for Swedish television.

Alright, let’s see how much expertise you have for us. How do you like the level of play so far?

SO: It’s hard to judge for me because I haven’t seen enough games until now besides the matches of the group here in Paris. Denmark has played quite well, Sweden too, a bit surprising for all of us – I guess.  All the teams will improve later on in the tournament.  I think that the level of play will improve as well.  Usually the players are not in top form early on.

Before the start of the tournament I didn’t expect a lot from the Swedish team, what kind of expectations did the people in Sweden have prior to the start of France 2017?

SO:  Actually we don’t know where the team might be heading, but if you take a look at the players, some of them are playing for bigger teams and have some experience.  It’s a young team, but there are players who already played at two or three major tournaments, or even more.  They have proven what they can do in certain games and I think that they can play without pressure. That’s usually much easier than the other way around.  Sweden can be very dangerous.

Let’s talk about your club, PSG Handball, a little bit.  How much has the style of play changed since Uwe Gensheimer joined you in the summer?  Usually your game plan is designed around Mikkel Hansen and Nikola Karabatić.

SO:  Well, if you take a look at him as a single player I think that he brings the most quality of all left-wings in the world to the table. He’s a heck of a handball player and obviously he plays a major role at PSG now.  He has done a great job so far.  He scores a lot of easy goals for us which is quite important.

Where are the biggest differences between the French league and the Bundesliga?  The game in Germany are fast and physical, how would you compare it to the Lidl Star Ligue?

SO:  I think the game is maybe a bit faster, because players in France are smaller than in Germany.  It also means that the handball game relies more on technical aspects and on skill, but it’s definitely not as physical as in Germany.  The quality of many of the  teams is quite high, which actually surprised me when I first came here.

You have lived in Sweden and the cozy town of Kiel for most of your life, so it’s totally different compared to Paris. Unfortunately the city suffered a lot from the terror attacks in 2015.  Do you feel unsafe at all?

SO:  No, I don’t.  Obviously what happened was anything but nice.  I don’t feel unsafe, but at the same time you recognize during such events like a World championship that the level of security is much higher than usual, it’s not what I’m used to.  But I’m not afraid.