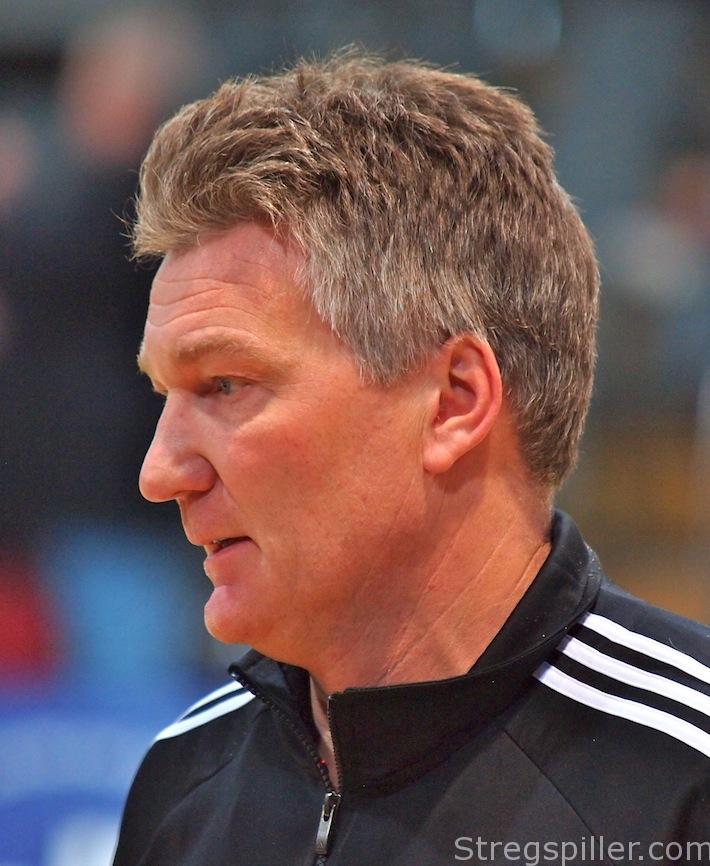 Confidence and the feeling of playing at home characterize the Swedish team ahead of the World Cup 2015 in Denmark, reveals national coach Thomas Sivertsson in this exclusive interview with stregspiller.com.

“We do not need to fear any opponent anymore!”

These words come from Thomas Sivertsson, coach of Sweden´s women´s handball team and the statement illustrates quite well how the Swedish squad feels ahead of the World Championship in Denmark next month.

Winning the bronze medal at the European Championship in Hungary and Croatia last year has boosted the confidence.  Add to it the fact that the tournament is being played in Sweden´s neighboring country, Denmark, makes Sivertsson’s crew feel – almost – at home.

“Many Swede’s play or have played in Denmark and have some good relations with the country.   Furthermore, we will have the support of many Swedish fans in Næsved, where we are going to play our group matches, says Sivertsson, who can look back on eight years in Denmark himself.  From 2001 to 2009, the former Swedish international had a career playing and working at KIF Kolding, first as line player and assistant coach, then as sports director before assuming the responsibilities of head coach.

“Of course, it will be special for me to return to Denmark, where I had eight very good years.  I am looking forward to the competition from a personal level as well,” he says.

He is also eagerly anticipating the World Championship because of the fact that the arenas will be filled to capacity, first in Naestved and later in Herning, where Sweden is going to play during the knock-out rounds – provided they proceed from the preliminary group, which everyone expects them to do.

“It will be a terrific experience, not only because to the Swedish fans, but also due to the many Danes who will be attending the championship.  The Dutch team that is in our group as well, is close to Denmark and they are likely to bring a lot of fans too.  So it is really going to be fun,” expects the Swedish coach.

Now, alone on the job

When Sweden won the bronze medal at the European Championship in December last year, Thomas Sivertsson had Helle Thomsen as co-trainer by his side.

This summer, however, the Dane stepped down because of differences in opinion between her and Sivertsson.   Now Thomsen is focusing entirely on her job as club coach of Danish champion, FC Midtjylland, while 50-year-old Thomas Sivertsson is on his own as head coach of Sweden´s national handball team – a situation he never wanted, actually.  Still, he seems to be okay given the new circumstances.

“Of course, I would have liked Helle to continue, but as things turned out, I decided to look ahead.  I have a fine goalkeeper coach and a fine assistant coach, so things are functioning very well,” he points out.

By nominating his squad early, he has followed the process set last year when he announced Sweden’s national team for EURO 2014.

“I have plenty of confidence in this crew and I am particular happy that there have been so many players to pick from once again.

“Of course, there are a number of players that won the bronze medal, in Budapest that are missing.  Ida Oden (back court player) has ended her career and Hanna Fogelström (right wing) is sidelined with a cruciate ligament injury –  but overall I still think we have strong team.”

In their preliminary matches (Group B) in Næstved, Sweden is going to play – in this order – against Angola, Poland, Netherlands, China and Cuba.  Many people have called this an easy group for Sweden and Thomas Sivertsson tends to agree.

“It could have been much worse and it is definitely a group from which we should be able to proceed.  It also means that it will get tough as of the eight-final.  Here, we will be running into a team from Group A – most likely Denmark, Montenegro, Hungary, Serbia or Japan.”

“That will be tough,” expects Sivertsson who thinks that his players still have a good chance to repeat the achievement from EURO2014 – and maybe go even further.

“We have reached a point, where we do not have to fear any opponent.  I think we have a squad that can go all the way, but then again, there are probably 10 or 12 teams all in all, that can do that,” he says.

10 or 12 teams with the potential to go all the way and take the title is quite a lot for a women´s championship, but Thomas Sivertsson does see the top contenders in women´s handball as being very closely aligned right now.  He finds it difficult to narrow the number of favorites that will play for the title.

“Of course, Norway is one of the prime competitors as they always are, not the least because of the many excellent goalkeepers they have.  Russia is probably a more serious contender, than they have been for a long time and teams such as France and Spain also have significant capabilities – and so does Germany.”

“We should certainly not forget Denmark – especially as they are on home turf.  Of course, I also believe that my Swedish team has a good chance. “

“In any event, it is going to be a very exciting World Championship!” predicts Thomas Sivertsson.