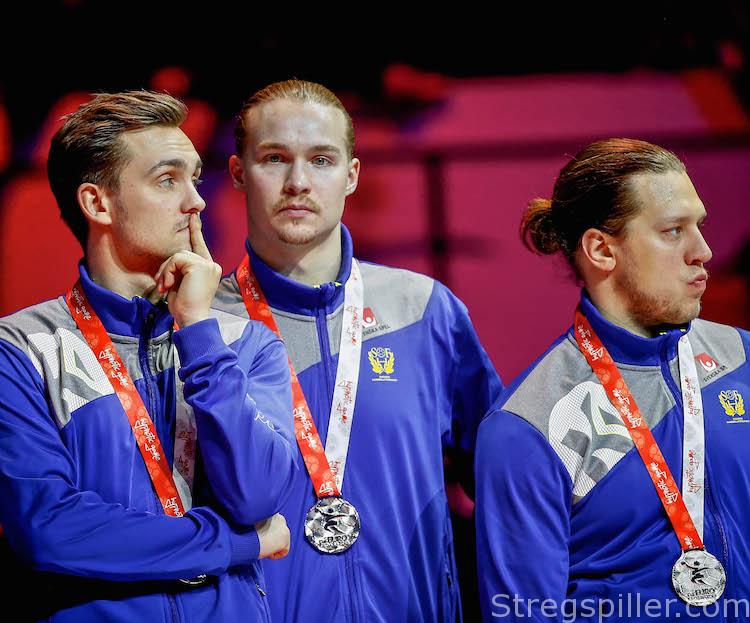 Nobody expected Sweden to go all the way to the final at the 2018 European championship, in Croatia, but they did so anyway.  As the next big tournament – the 2019 World Cup in Germany and Denmark – is just around the corner, there is no way that the Scandinavian handball powerhouse can escape the spotlight. I talked to Lukas Nilsson about the strengths of the team, the long shadow of the “Bengan Boys” and the comeback of two veteran players.

As other teams have to deal with the consequences of missing key players like Nikola Karabatic (France) or Julius Kühn (Germany), Sweden must be considered one the favorites to win the title, especially after the outstanding performance at the EHF EURO, in Croatia. Do you agree?

LN: Yes, I do. Both Kim Andersson and Kim Ekdahl du Rietz are back and that’s why I think we have a very strong team.

By the way, is there a player on your team who is underrated?

LN: After the most recent European championship everyone knows all our players. I probably would have included Linus Arnesson and Max Darj, but now it’s really tough to say who might be “underrated”.

In Sweden, everyone is still talking about the “Bengan Boys”. Doesn’t it get on your nerves at this point?

LN: No, it doesn’t. It all happened back then and what they accomplished was fantastic. But lately people have been talking about our current team as well and that makes us quite happy. We have a young team and won the silver medal in Croatia – quite a good start for us, I guess.

Do you think the current squad is mentally strong enough to emerge from the shadow of the “Bengan Boys” and write their own chapter of handball history?

LN: Yes, I absolutely.  As I said, we started well, we are young and we want more. If we can continue on this path, we will have a team that competes at the top, in a few years.

How much time will it take to integrate players like Kim Andersson and Kim Ekdahl du Rietz?

LN: I think both are very experienced players – they won’t need a lot of time. We’ll have a week until the first match at the World championship and that will be enough for both of them.

Where do you see the strengths of your team?

LN: As we showed during the European championship our goalkeeping and defense is outstanding. Because of our defense, we were able to score a lot of “easy” goals and I think we play a fast paced handball – we have to use all of that.

Where do you need to get better?

LN: There are a number of things which we could improve on – in offense, for example.  It’s alright, but we can still do better.

Can fans expect a Scandinavian final round in Herning?

LN: Yes, that’s a possibility. In Copenhagen, where we play during the group phase, it will be like playing at home. Still, there are a lot of good teams like France or Germany – Spain also has an excellent squad – and they all aim for the final round. But, it could happen – yes.

Don’t you consider your team as one of the top favorites following the success at the European championship, in January?

LN:  Sweden is not the favorite, but we are among the top five. We are a team full of energy and we have to use our power the same way we did, in Croatia.