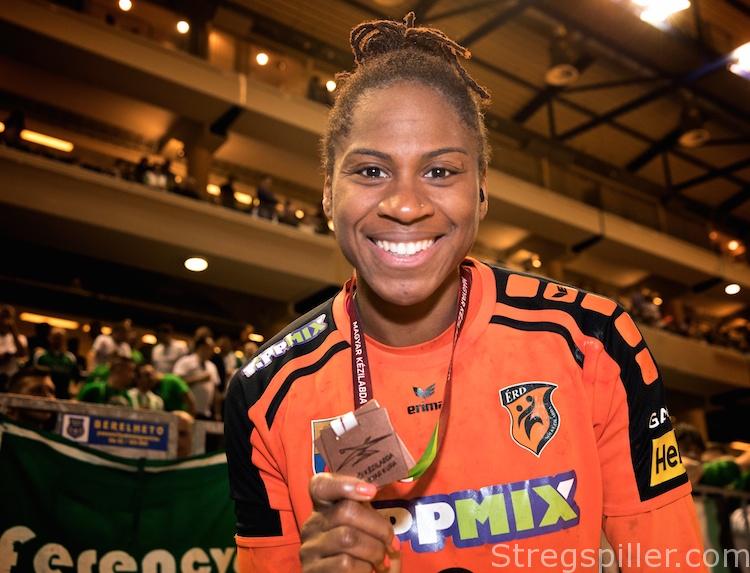 Szabo picks up another bronze as Érd dominate second half

MATCH REVIEW – Edina Szabó already had a bronze medal as a player in the Hungarian Women’s Cup and she added to her collection on Sunday as she coached her team Érd HC to bronze win a 31:23 win against Dunaújváros.

Edina Szabó got her second bronze medal in the Hungarian Women’s Cup Sunday.

She already had one as a player, and this Sunday, she got one as a coach as well, as her Érd side ran over Dunaújváros in the second half of the bronze medal match in Debrecen.

Dunaújváros, who eliminated current number four in the Hungarian league, Siófok, in the Last 16, had to realise that they did not stand a chance against number three.

After an even first half, still with Érd in the driving seat most of the time, Érd decided the match within the first five minutes of the second half, as they went on a 5:0 run to lead 18:12.

The EHF Cup winners from 2016 never managed to recover from this shocking start to the second 30 minutes and for the rest of the match, Érd were constantly leading by seven or eight goals without Dunaújváros able to answer back.

What They Said? – Coralie Lassource (Érd)

“We knew if we started the second half better and stronger, it would be easier for us. So we breathed and said ‘Ok, let’s fight for the next 15 minutes and it will be ok,’ and that’s what we did.

“We wanted to be in the final, but we have this bronze medal now and it’s ok.”