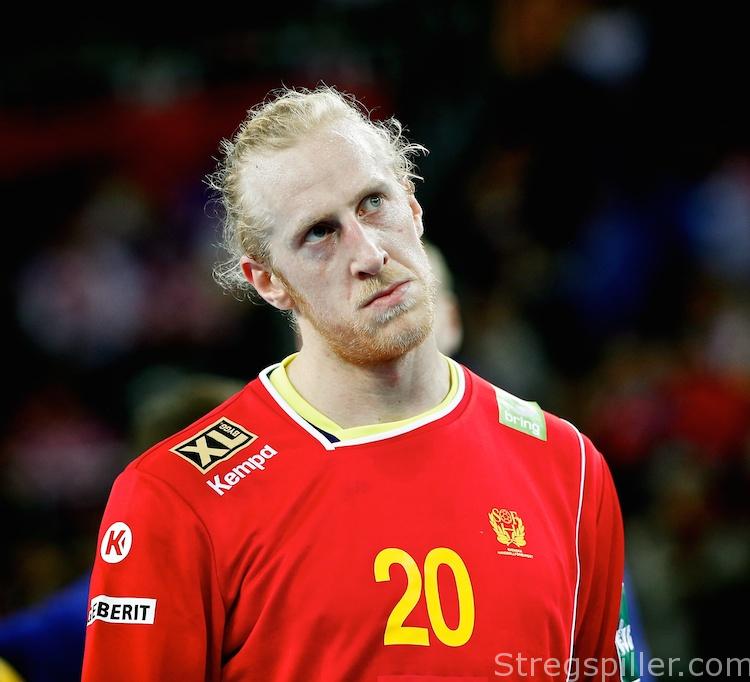 “Take me back to Cologne”

INTERVIEW – Last year, Mikael Appelgren was attending the EHF FINAL4 in Cologne as a spectator.  In 2018, he is keen to come back to Lanxess Arena again, but as a player on the court.

Not only did they win a silver medal, they also represented the best goalkeeping duo in the tournament.  No doubt they will need all the self-confidence, considering the challenges ahead of the second half of the 2017/18 season.

On Thursday, Bundesliga resumes and for Rhein-Neckar Löwen, it all comes down to defending first place. First TBV Lemgo will be visiting, before the EHF Champions League kicks in with a group match at home against Pick Szeged, on Sunday.

Mikael Appelgren is looking forward to the spring season.

“Things look very good for us, I think.

“We have won the German championship twice in a row and we are currently number one in the Bundesliga.

“I believe this sums it up – how strong a team we are.  It gives us much confidence to solve the tasks that lie ahead,” Appelgren tells stregspiller.com.

FINAL4 is the objective

In the Champions League, Rhein-Neckar Löwen are currently ranked fourth in Group 1, while rival Vardar Skopje appears to be out of reach, sitting on top, six points ahead of the German “Lions”.

Löwen´s next opponent – Pick Szeged – are only three points behind the German champion.  Such circumstances elevate Sunday’s game to a key match of sorts, as finishing in the top four means playing the second leg of the Round of Last 16 at home, while a fifth place takes you on the road for the last game.

Naturally, Mikael Appelgren and his teammates want it as easy as possible during the knockout phase, and the 28-year-old goalkeeper doesn’t hide that the FINAL4 is the big goal.  Last year, I saw Mikael Appelgren in the stands at Lanxess Arena in Cologne.

“Having been there last year and experiencing the event live, has certainly increased my appetite of returning as a player.

“The atmosphere was fantastic and with a German team among the participants, it would probably be even better.  So, of course, playing the FINAL4 is a real big dream for me and I would really like it to come true this season already,” he says.

He considers his dream a realistic one.

“I think our chances to reach the FINAL4 are really good this season.

“Of course, we have suffered from some unnecessary defeats in the Champions League already – against Zagreb for instance – but on the other hand, we have demonstrated that we can defeat some of the best teams in Europe.

“We also managed a draw in Barcelona after a tough weekend (a Bundesliga match on Saturday, followed by a Champions League game in Barcelona, on Sunday, ed.) and I think it proves that we have a very good chance against any opponent.

“Mentally you have to be completely present in each and every match – that’s how I see it.  If we can accomplish this, and if we can avoid major injuries, I do not see why we should not go all the way,” finds Mikael Appelgren.

“Of course, our situation is a bit different compared to a team like Barcelona, for instance.   They only have to focus on the Champions League.

“We could probably use a slightly larger squad, still I find our team deep enough to handle both competitions, if we stay free of injury.

“If we do, things look really bright for us,” says Mikael Appelgren.