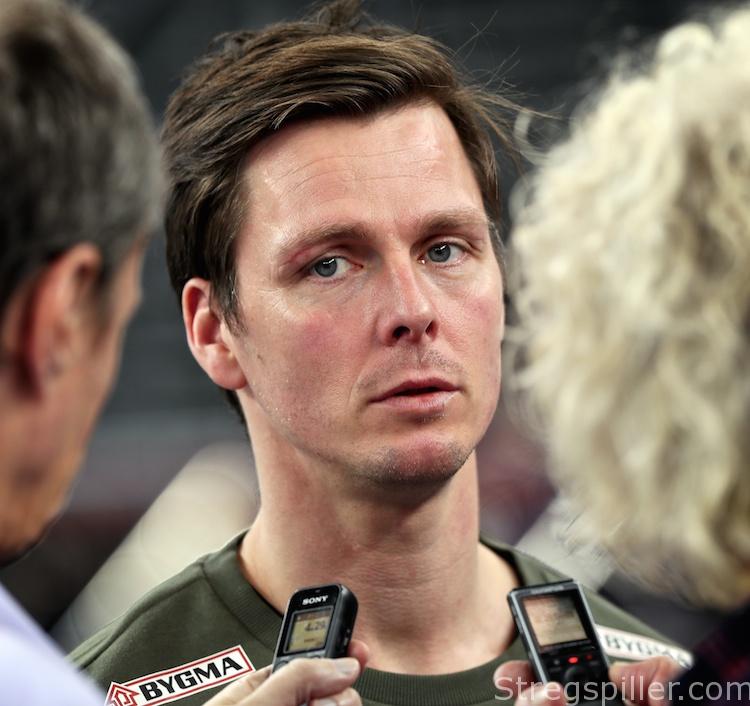 “I take my chances when I get them”

INTERVIEW – Wing players in general and right wings in particular have been some of Denmark´s strongest weapons in their effort to reach the semifinals at the 2018 European championship.

One of them, Hans Lindberg from Füchse Berlin, talked to stregspiller.com about playing just about every other match no matter how well he does.

One key factor why Denmark are going to play the semifinals at the European championship at Zagreb Arena, on Friday night, is the outstanding performance of their wing players.

On left wing, Casper U. Mortensen and to a lesser degree, Magnus Landin, have done great but on right wing Lasse Svan and Hans Lindberg have both been representing absolute world-class in the tournament, in Croatia.

In every match the Danes have played, national coach Nikolaj Jacobsen could rely on either one of the two players, no matter who would take to the court, it would be a success.

To Hans Lindberg, the situation has been a bit peculiar.

“That’s the way it is and I really do not know what more to say.

“We have a national coach who decides who plays when and how we play, and I am fine with it.

“I take my chances when I get them. I take the court time that I get and try to do my best while on the pitch.

“Then it will be up others to judge, if my performance was great or not,” says Hans Lindberg who is content with his team’s tournament, so far.

“I think we have delivered a fine tournament, thus far.

“We started with a great performance against Hungary. Then we were reminded on our own weaknesses against a Czech squad who deserved more credit than people were willing to give them ahead of the tournament.

“But since then, I think that we have improved as a team in every match,” Hans Lindberg tells stregspiller.com.

“I am not sure if the game against the Czech Republic was a wakeup call for us or not.

“It was a good reminder that all teams in the tournament play at a certain level.

“I think many of the people who did not think much of the Czechs before the tournament have eaten their words, by now.

“And I do not think many people expected the Czechs to play for fifth place, but they have really earned it, showing some great handball.  So, I am not sure that our match against them really was a wakeup call.

“It was a reminder that we have to be ready mentally each and every time and must have the right attitude,” finds the 36-year-old Füchse Berlin player who is very much looking forward to the semifinal game against Sweden, on Friday night.

“That’s a match like any semifinal – afterwards you are either in or out (of the competition ed.).

“I believe the match can go either way.  It is a strong team that we are going to meet, but of course we believe in our own skills.”

“We can play even better”

Speaking of Danish handball skills – Lindberg does not even think we have seen the best of Denmark yet.

“Still, there are areas where we can improve and I am not sure we have hit our top level at this tournament yet.

“I hope we are going to hit it, of course. It may become necessary in the semifinal against Sweden as well as in a potential final.”

“There are probably a couple of things with regards to our timing, our defense working together with our goalkeepers and maybe in our counter attacks, where we can improve even further.

Unlike many Danes, he does not perceive it as an advantage for his team playing Sweden in the semifinal instead of France, for instance.

“There are no real favorites and no real underdogs in the semifinals at a European championship,” claims Hans Lindberg.