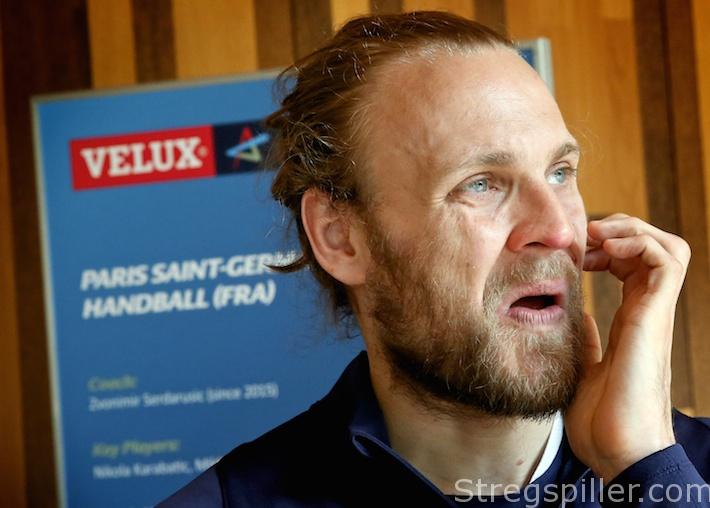 Our team is better than Kielce, says Møllgaard

INTERVIEW – Danish international Henrik Møllgaard will be deeply disappointed, if he and his Paris teammates do not reach the Champions League final at the very least.

Henrik Møllgaard is just about to finish his first season with Paris Saint-Germain-Handball after joining from Danish Skjern Handbold – first on a loan deal, which was soon changed into a transfer, though.

This also means that this FINAL4 will be the first one for the Danish international who only had club level experience in the Danish league. He is excited about his club’s prospects in Cologne.

“It is really great to be here and feel just how big the event is – to experience all the hype around the event before the games have even started.

“However, I can hardly wait to play the semi-final tomorrow,“ says the 31-year-old left back and defense specialist, who feels really well after his first year in the “City of Lights”.

“It has been a great year for me.

“I came to Paris to develop and to test myself, and I really feel that I have improved myself considerably.

“The demands are really high, and so is the pressure to perform each and every time.

“I was used to high demands in Skjern, but that was nothing compared to the situation at PSG.

“If you do not “piss straight”, you are benched at immediately.

“However, that is just the kind of pressure I need, and it has been good for me.

“For a long time, I have played 60 minutes in defense every time and I am really fighting to keep it that way,” he tells stregspiller.com.

The opinions are split when people in the world of handball are discussing who the favorites are that will win the Champions League this year. However, such viewpoints are only divided between two clubs.

Henrik Møllgaard does his best to not confirm his crew as being the number one choice for winning it all.

“They have been here before, and they have 16 players, who get to play more or less every time. That means a lot when you have to play two tough matches within two days,” he finds.

Yet, most of PSG’s players have experienced quite a lot on the international handball stage already.

“It is true that a great deal of our players have won a lot, including competing at the FINAL4 and even winning it.

“I think this gives some kind of an edge to Veszprém, but of course, we will do everything that we can and a bit more to take the trophy,” Henrik Møllgaard assures us.

The Champions League final is a must

The semi-final against Kielce on Saturday afternoon simply has to be won.

“It would be a great disappointment to me and to all of us, if we do not qualify for the final match at the very least.

“However, we should be prepared for Kielce´s enormous physical strength and for their athletic back court players.

“Their back court line is among the best in the world – Jurecki and Bielecki in particular – can hit the goal from quite some distance.

“This will be a challenge to our 6-0 defense and we may have to push up a bit more than usual.

“We played a test match against Kielce before the start of the season and on that occasion, Bielecki hit our goal from 13 meters several times.

“Of course, we can never move out that far, so we will have to adjust our defensive plays in other ways, if that happens again.

“However, we have a better team than Kielce and this should make the difference tomorrow!” finds Henrik Møllgaard.