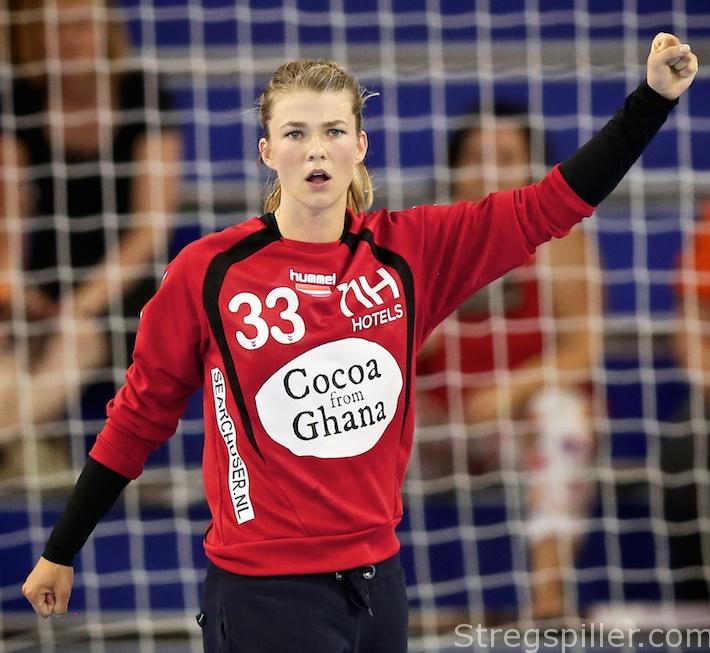 Silver medalists at the 2015 World Championship and semi-finalists at the Rio Olympics – The Netherlands are ready to create more upsets at the European championship with Helle Thomsen at the helm.

The Netherlands really stunned the world of handball at the 2015 World Championship in Denmark, when they won a highly sensational silver medal.

In the euphoria that followed, it was quickly forgotten, that Norway had swept the team in the first half on the final day in Herning.  But having reached the final certainly increased the confidence level of the women in the orange shirts.  Now, they are amongst the top national handball teams and they are here to stay.

Since then, the successful coach Henk Groener has been replaced by another accomplished handball leader – Danish Helle Thomsen.  So far, success has followed Thomsen wherever she went.  It applies to her stay at FC Midtjylland where she was terminated because of irreconcilable differences earlier in the year as well as her two cycles as Swedish national coach.

Now, she is in charge of the Netherlands, on a – very – short contract, for the time being.  However, a Dutch success at EURO 2016 in Sweden – which is quite likely – may force the hands of the Dutch federation hurry to extend Thomsen’s deal rather sooner then later, unless she has set her eyes on something else.  She can certainly choose among offers.

Right now, she will be chasing more victories in Sweden.  Not only because success sticks to her name, but also due to the many qualities of the Dutch team.  And it’s a matter of fact that the Netherlands are in the easier bracket, avoiding countries like Norway, Russia, Romania and Montenegro until the semi-final.

Yes – the Dutch defense in front of Tess Wester may have to improve, but if anyone can find solutions, it is Helle Thomsen.  Offense will continue to be the strongest part of the Dutch game.

The Netherlands will battle France for the top spot in Group B, in Kristianstad.  In the main round, Spain and possibly the Swedish host will be the only real threats to a very realistic Dutch dream of a semi-final.

Even though opponents such as Russia, Norway, Romania or even Montenegro may be waiting down the road, another final for Estavana Polman & Co. will not come as a surprise anymore.

As mentioned above, it will be the attack and the back-court line in particular that will carry Dutch aspirations.  Her success in the national team and with Danish champion, Team Esbjerg, Estavana Polman is one of the corner stones in the squad of coach Thomsen.

While Polman often plays as center-back in Esbjerg, she is the number one left-back for Team Oranje, before Lois Abbingh from Issy Paris.

When at her best, Polman´s shot is among the very best in the world.

Groot can also play as left-back, as she often does at her club (Gyor), but her role in the Dutch national team is clearly defined – she is the playmaker.  A role that has always come naturally to her, dating back to her days in the Danish league in Holstebro and Mitdjylland.

Team Oranje will rely heavily on her skills to distribute the right passes to her colleagues on the court at EURO 2016.

Another Esbjerg star who will be crucial to the Dutch hopes in Sweden.

Van der Heijden started this season in impressive style, leading the Champions League top scorer list early on.  And even though she had a few sub-par performances along with the rest of her teammates, she has joined the Dutch crew full of confidence and a lethal left arm.