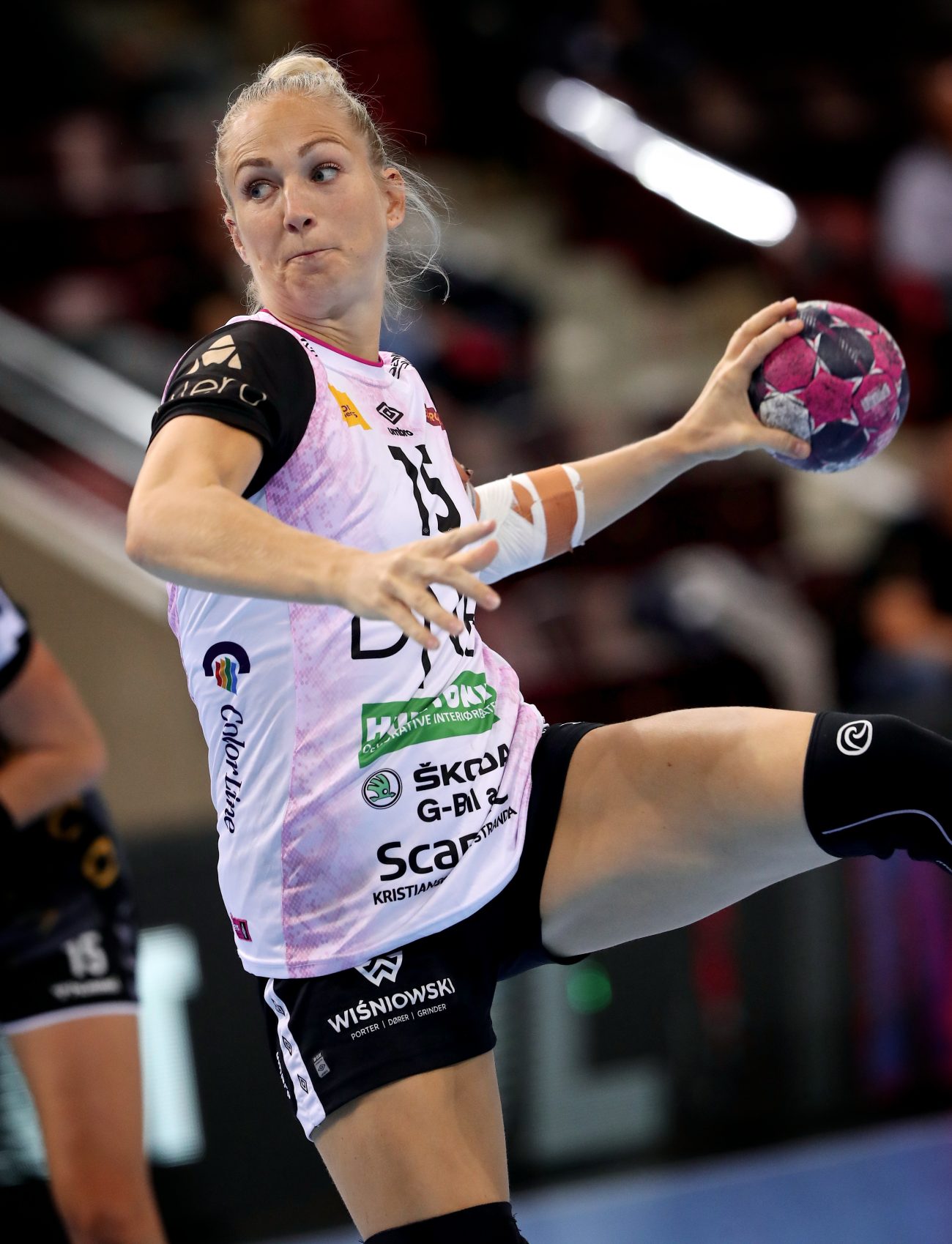 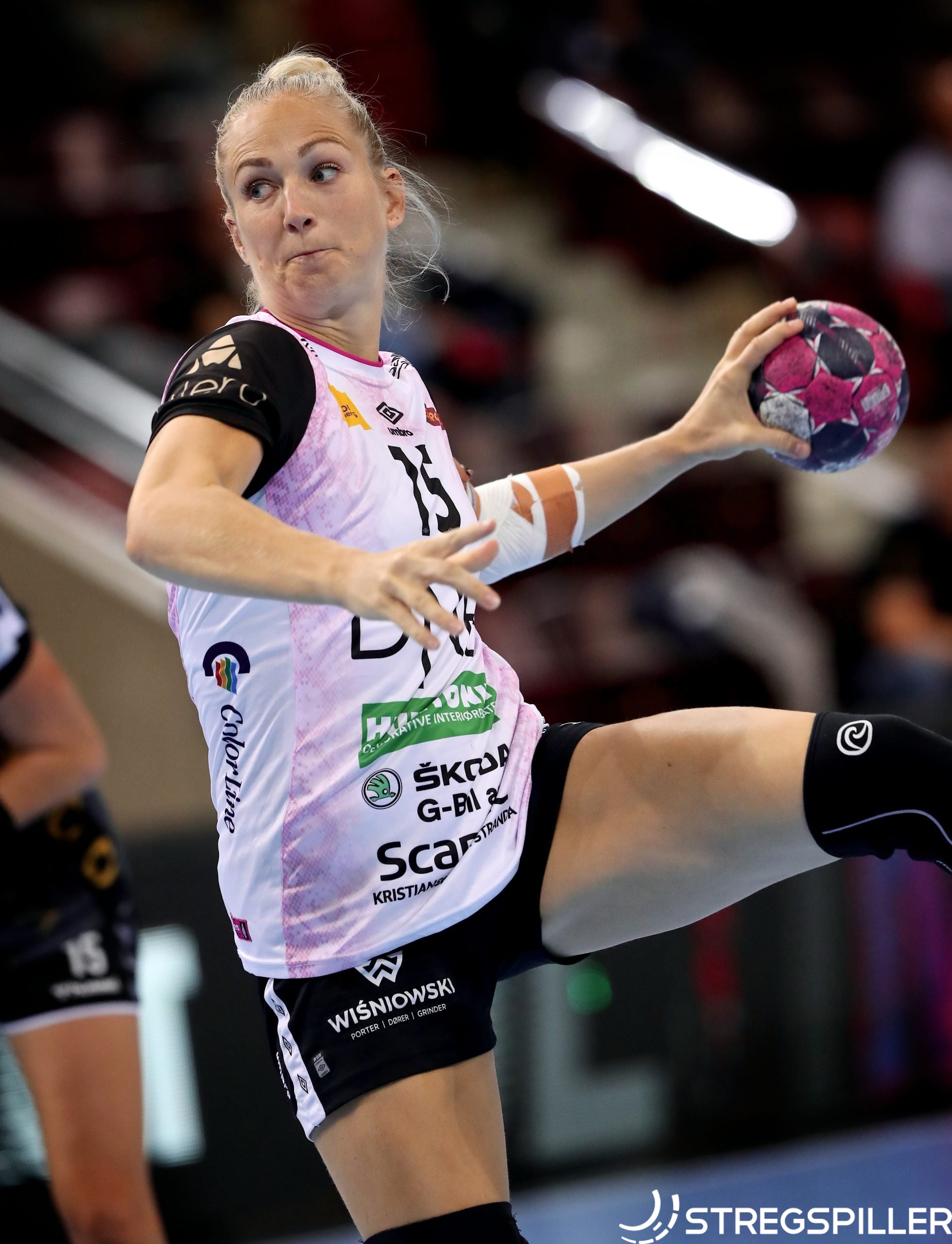 Solid plan from Ole today, he knew where CSM’s weaknesses would be at both ends of the court and took full advantage of it.

Did not rotate his squad too much, only making multiple changes at half-time, as he knew what he could get out of the players today and it worked perfectly.

Star of the first half, finding the corners of the goal with ease with shot after shot from nine meters, all the while bossing things in the centre of defence.

Her role in the second half changed somewhat as she was no longer afforded as much room in the danger area but made up for that with a barrage of assists.

Simple and effective on the line, collected and scoring everything thrown her way or earning penalties. Plenty of pressure on her shoulders with Heidi Løke’s injury and she delivered with aplomb.

On court for practically the entire 60 minutes. Played left back and centre back with ease, selecting her shots well, dishing some nice assists and constantly troubling the defence, forcing them to commit fouls warranting two-minute suspensions.

A few too many misplaced passes were the only downside to a very strong performance from the 21-year-old.

10 saves from the Vipers keeper may not read like a vintage performance but today’s effort deserved a lot of credit. Incredibly strong on wing shots and besides Lazovic had most of the back court in her pocket.

While the magic was produced by her fellow back court players, Mørk provided exactly what was needed from her on a day like today.

Delivered a couple of goals out of nowhere in the first half, while trying to make the most of having to substitute on from the “wrong” side of the court in attack. Gave a couple of dodgy turnovers away but was very dependable overall.

Had a quiet first half as much of the attacking pressure was on the left of the court but her time came in the second period with a fast break goal which she had no right to score. Added a couple more goals after that and can be satisfied with her evening’s work.

Played on the left wing for the first half. Missed a good opportunity early on but did not let that affect her. A nice fast break finish shortly afterwards got her going and ended up with a pair of goals while keeping her opposite number Carmen Martin fairly quiet.

On at left wing for the second half and did what was needed for the most part. Caught out on counter attacks a few times but took her own two chances in front of goal and put the icing on the cake with the final goal.

Super busy when she came on in attack for the second half. After missing her first two shots, found her range with four quick goals.    Missed a couple more after that, including a penalty, for what amounted to an up and down action-packed 15 minutes on court.

Played an important role in defence, covering for the right backs and did well to keep CSM’s left backs starved of opportunities.

She was given the runaround by Omoregie a few times, giving away penalties and two two-minute suspensions but that can be forgiven given CSM’s attacking approach today.

Did not get too much time to impress today. Introduced late in the first half and was a bit off the pace. Settled in better in the second half, connecting with the line players well and enabling her fellow backs to do the damage in attack.

Knew his squad’s overall ability would be put to the test today without Neagu and they were unable to pass the test. Whatever ‘Plan B’ he may have had in mind went out the window with Cabral Barbosa leaving the court almost as soon as she got on it.

Kept trying to find solutions and succeeded at times but he will not be too happy with the imbalances exposed today.

Easily the most effective in CSM’s backcourt with seven goals from eight attempts as well as six assists.

It was a tough old day out there for Bucharest and they would have looked hopeless without Lazovic.

The focal point of CSM’s attack today. Very strong on the line and bailed her team out a number of times to keep the match close in the first half. Unable to do everything, despite her best efforts, and was caught out a couple times in defence.

Never short on passion and drive in what was a tale of two halves for her. A penalty late in the first half got Martin going and she added five in the second, including some nice fast break moves.

The only real source of pace in CSM’s set attack today. Delivered some good assists, earned penalties and forced two-minute suspensions. Omoregie’s shooting was not on point but there are some positives to take from the performance.

Four saves for her in the first half, which is all she saw of the game. Found no way to stop the backcourt onslaught from Vipers and did not get much help from her defence.

Never short on desire and effort but a bit off the pace today. Missed a couple of good opportunities on the line and was given a pair of suspensions.

With Neagu out due to COVID-19 and Cabral Barbosa off after just a couple of minutes, this was Perianu’s chance to shine and earn a spot in the starting team. She did not deliver.

Try as she might, the left back could never really get into the flow of the game, rarely creating space for herself or threatening from nine metres.

Difficult to rate Smeets this evening. Came on a couple of times but was not included in attack with almost everything good CSM did coming down the opposite side of the court.

Besides her two missed shots from the wing, there is not much else that can be said about Dembele’s output. Much like Smeets, was left abandoned somewhat on the left wing and cannot be blamed for that.

Fair to say she wasn’t reading the back court shots at all. Made a couple of good point-blank saves, including a penalty from Sulland, but was not able to save the day in the second half.

Honestly, looked a bit lost out there. Came on midway through the first half and was unable to make an impact in attack. A cheaply-earned two-minute suspension early in the second period spelled the end of her contribution.