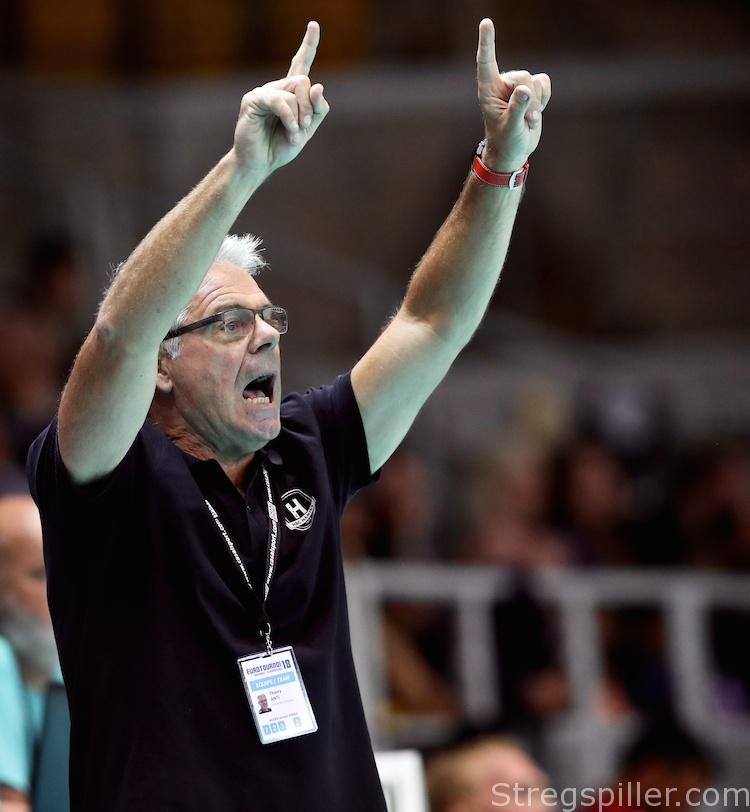 Finally, they did it!

In their eighth attempt, the defending Champions League winners managed to land a victory, and they did so in convincing fashion.

31:26 at home against Rhein-Neckar Löwen calls for respect, especially at a time, when some of the pundits saw the 2018 German vice-champion as a FINAL4 participant.

Traveling to Flensburg to win 27:20 against a stronger team, then the one Paris just had so much trouble with defeating four days earlier, could not be expected – not necessarily.

But, at this point in the season, PSG seem to be impossible to stop – certainly in Group B and maybe in the Champions League, in general.

If Flensburg can’t get id done at home, which team can?

Succeeding on the road against Nantes is certainly an achievement that’s noteworthy.

The Ukrainian champions stayed in the lead by a goal or two almost throughout the match, before pulling ahead by four towards the end of the game.

After Round 8, in Group B, only two points separate the third and eight ranked teams.

These days, not many teams return with anything from Szeged other than a loss.

Skjern accomplished something different. Despite missing key players, such as Bjarte Myrhol and Anders Eggert, the Danish champions earned a 33:33 draw because of their cleverness and an impressive will power to take the fight all the way to the end.

Some may critique the team for losing a five-goal lead in the second half, but given the circumstances, taking one critical point in one of the most difficult arenas in the 2018/19 Champions League, is more than acceptable.

Celje is a place where nearly any team can drop points, but going down 30:21 against the bottom team of Group B is not okay, especially when considering the way the game went.

After a low-scoring first half – Celje led 10:9 – Zagreb completely fell apart after the break and got trashed towards the end of the match.

While it was an impressive effort from Motor Zaporozhye to land a 27:23 victory, Nantes cannot be happy with the result.

From the start, Nantes were not ready for the task and it stayed like this for most of the match. The team of coach Anti, was either trailing or struggling to keep the score even.

Last season´s Champions League finalists were the disappointment of the day.

Many people were questioning how big a handicap it would be for PSG, missing Rodrigo Corrales, but the way “Titi” performed against Flensburg, on Wednesday evening, the Spanish goalkeeper was hardly missed.

If anyone was wondering why Skjern extended the contract with the 37-year-old right back, the explanation was given on Sunday afternoon, in Szeged.

Scoring 10 goals on 12 attempts Søndergaard played an essential part in securing one, very unexpected, point for Skjern, in Hungary.

The Spanish right back took a leading role and scored 10 goals, as he and his Kielce teammates had their trouble, at home, against Meshkov Brest, in Group A.

The older one of the Dujshebaev brothers could take most of the credit for the 34:31 win.

The Group A match in Poland, on Sunday evening, appears to be just one of the more interesting games of Round 9, in the 2018/19 VELUX EHF Champions League.

Already on Saturday, Rhein-Neckar Löwen will receive Veszprém in a contest that will determine which team can stay in touch with the top of the group.

In Group B, it will be interesting to see what Pick Szeged can do at home against mighty PSG, while the Danish-German derby between Skjern and Flensburg will take center stage after Skjern´s impressive performance in Szeged.