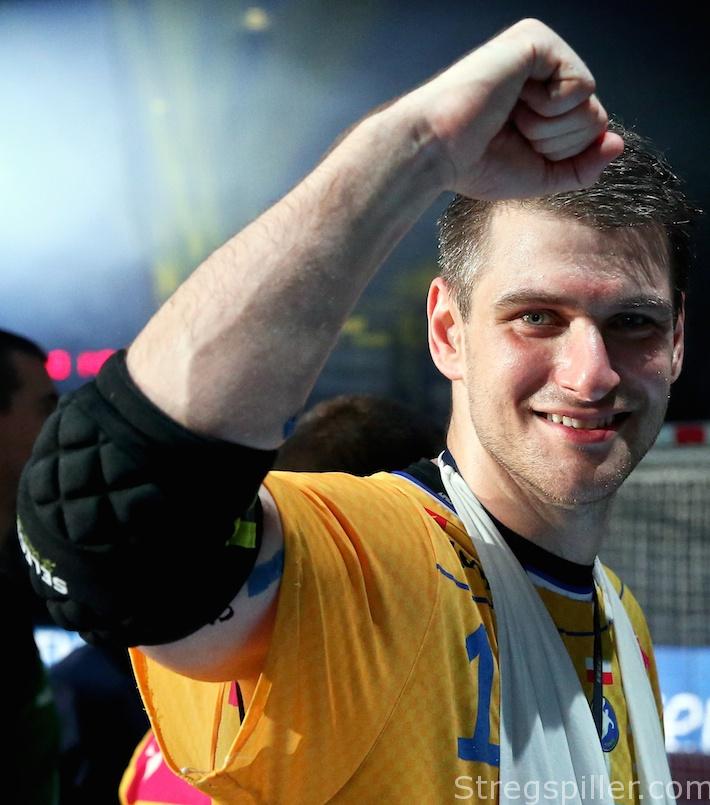 Vardar appeared to be dead and buried, when they were trailing 16:7 and 17:8 at the end of the first half, but they did come back. I have the utmost respect for the way Skopje fought back, in the hectic atmosphere at Szeged arena.

Handicapped by injuries and the prospect of an uncertain future, Vardar showed tremendous moral and return to what could be their last FINAL4 in the VELUX EHF Champions League.

Can you be ranked “Top”, when you lose by nine goals?  In this case, the answer is ‘yes’.

In a very difficult game at Pierre de Coubertin in Paris, Kielce rode the storm after losing their 10-goal advantage from the first leg – temporarily.

Actually, they entered the last fifteen minutes of the match 11 goals down, and for a moment Cologne seemed to be far away.

Eventually, Luka Cindric kept a cool head after losing it several times in the first half.  Kielce turned the tide and made sure that no French club would make the trip to the final round in 2019.

It was impossible to not be impressed by the more than 300 Nantes fans, who made the trip to Barcelona, to support their team on “Mission Impossible” – catching up seven goals against Barca.

Although, their heroes were never close to executing the miracle, their fans remained enthusiastic and loud. When was the last time that we heard the Marseillaise in a Spanish venue?

It was an obvious mistake by PSG coach, Raul Conzalez, to call for a last timeout with eight minutes left to play, while his team was up by 10 goals up, heading to the FINAL4. The two minutes were wasted, way too early.

He has thrilled us many times this season, especially during last few months.

In the boiling atmosphere at Szeged arena, the 30-year old Croatian backcourt player took the lead, scoring eight goals, as Vardar staged a heroic come back after being nine goals down.

This Croatian playmaker was about to lose his head a few times in the first half in Paris, but he picked up his game after the break, scoring six goals, while leading Kielce back to the FINAL4, in Cologne.

His team lost, but Remili was on fire at Pierre de Coubertin.

The brilliant French right back scored no less than 13 goals; he could not be blamed for PSG’s premature Champions League exit.

28 teams began the competition in September of last year, now there are four teams left, which will head to the FINAL4 in Cologne, at the beginning of June.