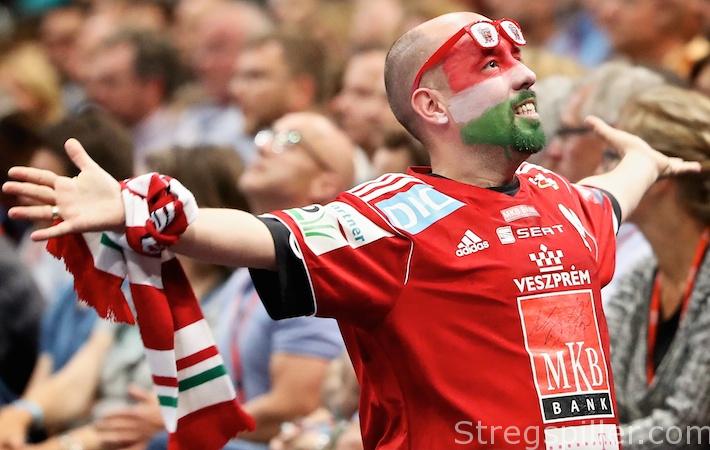 Not only was it impressive to witness how the French side managed to turn the tables and eliminate Rhein-Neckar Löwen.  After all the German side were leading by two goals (34:32) following the first leg in Mannheim.

The way Nantes came back before halftime after trailing 7:3 was outstanding and they continued to resist one Lion comeback after another in the second half of the match.  It all spoke volumes about Thierry Anti´s team high moral.

Nobody expected Meshkov Brest turning the tide in Flensburg after losing 30:28 at home.

However, a bit more resistance would have been in order considering a match in the Round of Last 16 of the VELUX EHF  Champions League.

But, from the get go the team from Belarus did not look like they seriously believed in their chances and as a consequence they made Flensburg’s job easy.

Next season, Romain Lagard will be joining Rhein-Neckar Löwen, but on Saturday he inflicted quite some pain, when he scored the goal that made the difference, twelve seconds before the final buzzer.

The 22-year-old left back was outstanding providing eight goals on 11 attempts.

Kielce’s Spanish right back delivered six goals on nine attempts and numerous fine assists, playing an important role, as the Polish champion changed a 33:33 draw in the first leg against Motor Zaporozhye into a quarter-final ticket.

Veszprém did what they had to do, but not more than that, as they eliminated the Portuguese underdogs from Sporting Lisbon 35:29 at home.

However, the wing players of the mighty Hungarian team provided some kind of a show.

Not only did the output of the four wingers account for more than half of Veszprém’s result, they also spoiled the audience with some spectacular individual performances, such as Dejan Manaskov´s behind-the-back goal in the first half or Manuel Strlek´s demonstration in the second half, when he scored seven goals on seven attempts.

The quarter-finals are scheduled for the end of April and the beginning of May and shape up as follows: