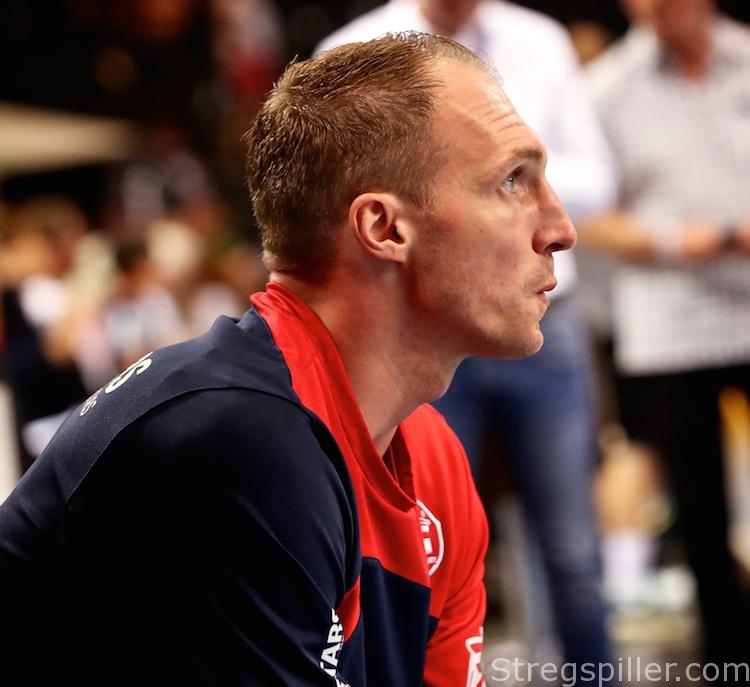 The 25-year-old Slovenian played an essential part in Kielce´s 31:27 win at home against VardarSkopje, in Group A.

With eight goals and a number of fine assists, Cindric did extremely well as playmaker and he even managed to keep a fairy cool head when things heated up in the second half.

Can you become “Player of the Match” if your team loses?

Of course, you can, especially if you have produced an awesome performance such as young Nielsen did against mighty PSG, on Sunday afternoon.

He certainly made his contributions, keeping Paris to 26 goals in Skjern’s loss, in Herning, where 7,008 spectators provided a fine back-drop.

We pick yet another goalkeeper. When Mikler was sent in to replace Arpad Sterbik, the game in Montpellier turned in favor of Veszprém. Like it or not, but Veszprém managed to land a narrow 30:29 win – their second consecutive one-goal victory – in a game that did not deserve a winner.

Having won their five first matches in the Group phase says just about everything with regards to the strengths of the Hungarian champions, this season.

This Sunday, they dealt Flensburg their third loss in the Champions League, making it difficult for the North Germans to reach a promising position, in Group B.

Szeged were on the edge of throwing away a couple of leads, but in the end they stayed clear of any trouble and won 30:28.

The Polish champions handed Vardar their first entry in the “loss” column this season, winning 31:27 at home.  As a result, Kielce caught up with Barca and Vardar, in Group A.

Kielce´s job became a lot easier when Vardar’s, Vuko Borozan, was sent off with a direct red card after 13 minutes already. But four minutes into the second half the playing field was leveled, when Alex Dujshebaev shared Borozan’s destiny. Thereafter, the home team pulled away, without looking back.

Slowly but surely and almost unnoticed, the Spaniards have climbed to the top in Group A.

This weekend, they took another important win, as HC Meshkov Brest were beaten 29:21 in their own arena.

Perhaps it’s a bit early calling Veszprém’s new coach a success, but in the current situation, one should not underestimate the power of a victory like Veszprém´s 30:29 win in Montpellier. It certainly produced a sigh of relief for Davis as well as the rest of the club.

Sorry Montpellier, but as long as you continue to lose in the Champions League, you will retain the label “Flop of the Week”, even though the injury list is not getting smaller.