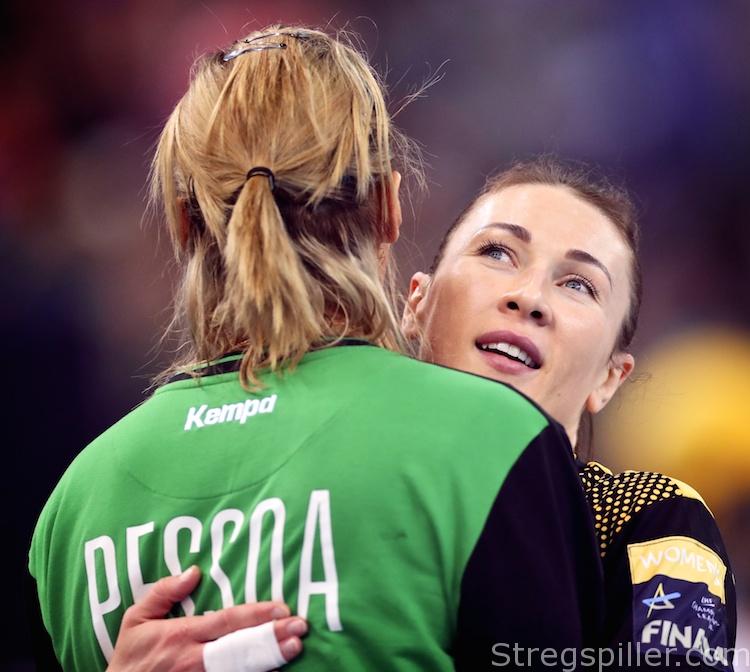 Two teams qualified for the Champions League Main Round this weekend already, and they both can be found in Group B.

A convincing performance and a 30:25 win at home against Danish champions, Kobenhavn Handball, was enough to let Rostov-Don advance.

The victory translated into seven points for the Russian team in total.  Now, Rostov have every chance to not only win the group, but also to take all these points with them to the main round.

As they are unlikely to face any problems against Sävehof next weekend, they can book the number one spot with another success at home against Brest on the very last match day.

Speaking of Brest – this team went through quite some changes compared to their maiden Champions League season in 2017/18.

Back then, the French side did not record a single point, but this time they are already sure to reach the main round after a second successive win against Sävehof.

34:26 were the final digits in favor of Brest Bretagne Handball.

Assuming another home win against Thüringer HC, on Monday evening, Györ will book their premature main round ticket as well.

The 28-year-old playmaker and left back from FTC tops the list for obvious reasons.

Her 15 goals while making 17 attempts speaks for itself.  Accumulating nearly half of her team´s score, she played a crucial part in FTC´s 33:30 victory against Bietigheim.

There were many Viper’s players that showed stellar performances in their sensational 31:26 win in Bucharest, but Lunde stood out a bit more than the rest.

Her 15 saves added to her team’s confidence to succeed in the heated atmosphere, in Bucuresti.

At the start of the second half against Larvik, Reinhardt replaced Tess Wester in Odense’s goal, and from then on the young Danish international played a big part, when the home team turned the table, while recovering from a 14:13 deficit at half time.

Four minutes after the break, Althea Reinhardt had performed five saves already and Odense were leading 17:14.

She went on from there for the rest of match and can take much of the credit of her team´s 27:23 win.

Can you be Player of the Match, if your team loses by five?

Yes, if you are 18 years old, while making your debut in the Champions League and you score five goals on seven attempts!

That’s what young Andrea Hansen did in Russia, on Saturday afternoon against Rostov-Don, where she was a glimmer of sunshine for the Danish champions in their 30:25 loss.

Simply put, the Norwegian champion’s performance was outstanding – winning 31:26 on the road against CSM Bucuresti.

Surprisingly, the Romanian team had a shaky start to the match and it became apparent that a hierarchy is not in place.

Still, nobody expected CSM to lose by five at home against Vipers.  Not after the game in Kristiansand two weeks ago.

It was an impressive performance by coach Gjekstad´s squad, who have elevated themselves to become a hot contender for the main round.

Buducnost continue to demonstrate their strength at home.

Following their victory in the opening match, defeating Danish Champions League debutants, Odense 31:28, they went on and handed Metz their first loss of this season, winning 23:19 at Moraca arena.

Metz could have clinched their main round berth in Montenegro but now, they’ll have to wait at least another week.

Losing by five goals at home against Vipers is disappointing for a team like CSM, who is one of the most obvious FINAL4 candidates in the Champions League.

The squad still does not click as a unit, and there continue to be “lose ends”.

Considering the “trigger happiness” of CSM’s management to replace coaches, one must wonder if Dragan Djukic’s days are numbered after less than three weeks on the job?

Two matches call for particular attention in round four of the 2018/19 Champions League.

In Group A, Odense as well as Buducnost can qualify for the main round in case of a win in Odense Idrætshal, on Sunday.

Metz should not have much trouble booking their main round ticket when visiting Larvik.

In Group D, it will be extremely interesting to see if CSM Bucuresti can rise from their defeat against Vipers when visiting FTC, a difficult opponent, especially at home.

In the other match, Vipers will arrive with plenty of self-confidence when they square-off against Bietigheim.