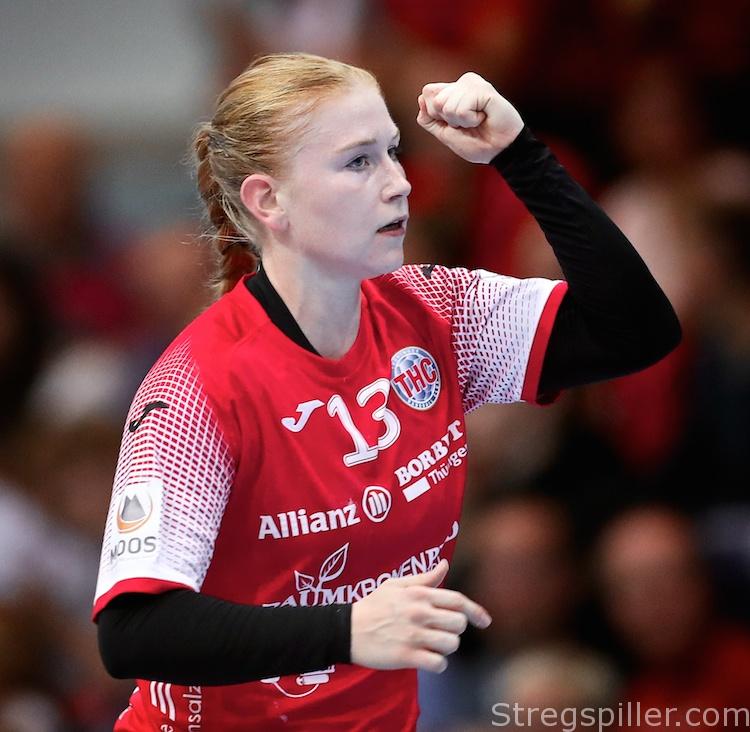 11 of the 12 teams have gained access to the main round of the competition before the very last match day of the group phase, next weekend.

Group 1 is set already. Metz Handball, Buducnost and Odense HC have qualified from Group A, while Rostov-Don, Brest Bretagne Handball and Kobenhavn Handball will join from Group B.

The only question left is how many points the respective teams will take with them to the next stage.

In Group D, CSM Bucuresti, FTC-Rail Cargo Hungaria and Vipers Kristiansand will be part of Group 2, while the only vacant ticket is to be found in Group C.

Györi Audi ETO KC and RK Krim Mercator made it to the next round, while Thüringer HC will need a draw or better against Krim, provided that Györ defeats Podravka.

The Norwegian champions certainly proved that their 31:26 road win against CSM last weekend was no coincidence.

The way Kristiansand clinched their main round berth, defeating Bietigheim as clearly as 34:26, in Group D, was really impressive.

After missing the cut in their maiden season last year, Vipers are ready for their first Champions League main round, and given the progress the team made, the journey may not stop there.

Group D had another noteworthy game in store.

Not only did CSM manage to rise from that five-goal home defeat against Vipers when visiting FTC this past Sunday, they also overcame a terrible start, when they were down 5:1.

Considering the circumstances, a 34:26 victory, in one of the more difficult arenas in the EHF Champions League, is really something and was not necessarily a given.

It’s a cliffhanger – the German champions kept their main round hopes alive after a tremendous effort and a formidable 31:23 win, away, against Podravka. The last ticket for the next phase of the Champions League is now a matter between THC and Podravka.

Losing by eight goals at home against Vipers is not acceptable, not for a team with a quality roster, such as Bietigheim’s.

Based on the performance of coach Albertsen´s squad on Sunday, exiting the tournament at this stage was the logical consequence.

Odense may very well be debutants in the 2018/19 Champions League edition and they may very well be handicapped by missing the injured, Stine Jørgensen, still, the Danes should have done better in their match at home, against Buducnost.

Losing 26:22 against the handball powerhouse, Odense did not live up to their potential and if they lose their last match in Metz – which is not inconceivable – they’ll take only one point to the main round.

In this scenario, a quarter-final berth is out of question.

She was a true Player of the Match for CSM against FTC. Not so much because of her nine goals, but the way stepped up her game in the first half when her team needed it most.

With seven goals before the break, she played a critical role in her team’s turnaround, while recovering a 5:1 deficit early on.

I cannot look past Hanna Yttereng. Her 10 goals on 10 attempts, represented nothing short of a break-through performance for the 27-year-old line player, who joined the Norwegian champion from league rival, Byåsen Trondheim, before this season.

Which team will book the remaining main round ticket in Group C?

On Saturday, a draw or a victory against Krim Ljubljana is a must for Thüringer HC and then coach Mueller’s squad will look for some help from Györ beating Podravka.

If Podravka lose, a tie will do it for Thüringer HC, but even considering a win or a draw against Krim, they will have to wait some hours before knowing what the future will hold, as Györ’s match vs Podravka only begins at 19.30 hrs.