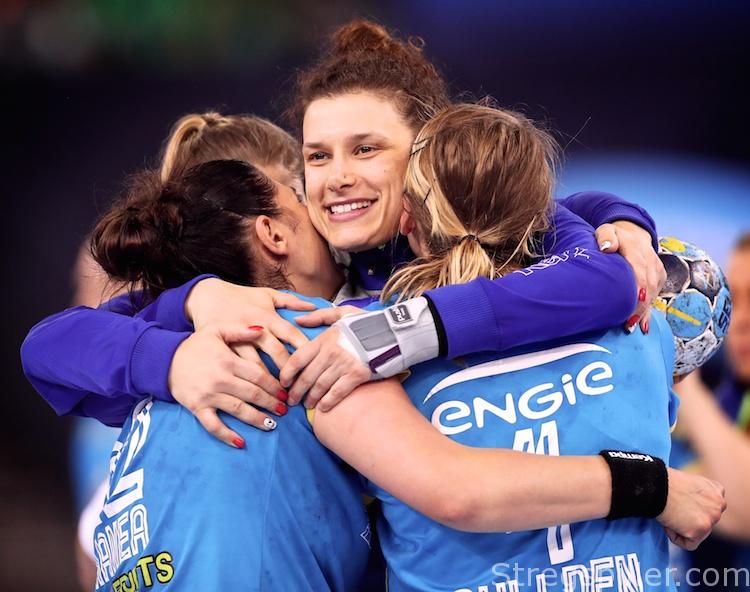 The German champions had nothing at stake when visiting CSM Bucuresti only pride to play for, while the club from the Romanian capital could have achieved anything from second to fourth place in Group 2.

THC fought hard and an impressive effort in the second half resulted in a well deserved 23:23 draw after trailing 14:7 before the break.

Neither Kobenhavn nor Metz had anything to play for in their last main round match. Metz had already won the group and Kobenhavn had no chance to reach the quarter-final anymore.

Head coach Emmanuel Mayonnade (Metz) did rest some of his key players at the start, but he was fast to react and changed his policy, when he realized that Kobenhavn meant business.

But, not even Metz´s key players could stop Kobenhavn jumping to a six-goal lead, as the game proceeded.

The victory left the club from the Danish capital with a bitter-sweet feeling, as the team lost their quarter-final ticket against a depleted Odense team last weekend.

Yes, Thüringer HC´s effort in the Romanian capital was amazing, and yes, CSM were missing Neagu, Lekic, Kurtovic and Mehmedovic.

Yet, letting the match go as CSM did was negligent to say the least.  Second place in Group 2 would have been theirs, as Györ succeeded in Kristiansand…as expected.

Instead, CSM dropped to fourth position and can now look forward to a quarter-final tie against Metz, where they will have to travel to France for the return match.

In FTC’s 31:27 win against Krim, the right back, who only turns 20 in a few weeks, scored nine goals and delivered yet another brilliant performance.

The physical strength of this young woman simply amazes!

The Györ playmaker spelled bad news for her fellow Norwegians, as Györ finished their main round campaign defeating Vipers Kristiansand 33:26.

Not only did she score eight goals in total, but six of them came in the first half, when her team was still struggling.

Had it not been for Grubisic, a 23:23 draw would have been out of the question for CSM.

48% – the Croatian goalkeeper´s impressive performance was the result of numerous fantastic saves at critical times in the match.  Her team flopped, but Grubisic stood out.

The quarter-finals in the first two weekends of April shape up as follows: