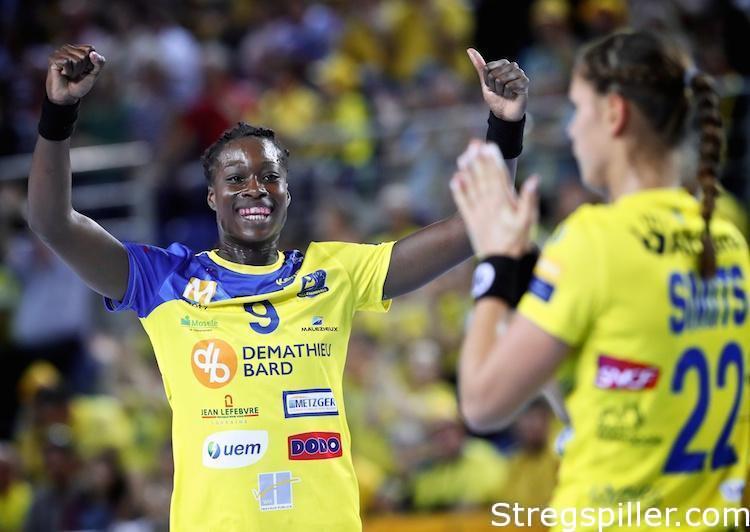 Yes, CSM played the match without the likes of Cristina Neagu, Amanda Kurtovic and Dragan Cvijic – nevertheless the collective effort of Metz did not fail to impress.

The team of head coach Mayonnade has come a long way and it’s difficult to see how they’ll surrender a five-goal advantage in a week’s time.

Of course, Buducnost was handicapped missing Milena Rajcevic and losing Itana Grbic due to injury, in the first half, didn’t help either.

However, defeating Buducnost at Moraca Arena 24:19 was a phenomenal result by the quarterfinal debutants, Vipers Kristiansand.

Katrine Lunde in Vipers goal did her part and stepped up when it mattered most, but to see young Henny Reistad performing at such high level is still something to grow accustomed to.

Can a loser really be amongst the top performers?

The short answer is, yes.

Recovering from a seven-goal deficit against Györ calls for utmost respect.  There are not many teams that can keep the Hungarian record champion scoreless for more than 11 minutes.

Had it not been for three successive saves by Amandine Leynaud and two goals from Stine Oftedal during crunch time, Odense could have won the game.

May be in the big picture it won’t matter as Györ is bound to succeed in the 2nd leg of the Champions League quarterfinals, but the game on Sunday, Odense deserved to win.

For the fourth season in a row, FTC have made it to the quarterfinals and for the fourth time they are on their way out.

The 29:26 defeat at home against Rostov-Don was the Hungarian team´s seventh quarterfinal loss and it’s rather unlikely that coach Elek’s team can reverse their fortune next weekend.

Henny Reistad would have been a tempting choice as well.

However, Katrine Lunde’s performance was even more impressive as her percentage of saves climbed to 60 in the middle of the first half.

Jovanka Radicevic will not play the FINAL4 this year. Let’s say it’s highly unlikely given the five goal deficit against Metz after the 1st quarterfinal match.

However, the Montenegrin right wing, who will be returning for Buducnost after this season, was the main reason that the loss did not turn out higher.  With 10 goals on 12 attempts, she certainly did more than her part to keep the Romanian handball powerhouse in the game.

11 goals on 14 shots – the powerful Norwegian backcourt player made critical contributions to the Danish underdogs, to cut a seven-goal deficit, while putting Györ under serious pressure in the dying moments of the match.

All 2nd leg quarterfinal games will be played next Saturday and there are almost no questions left, who the favorites will be.

Metz and Vipers will defend their five goal leads at home, where they’ll receive CSM and Buducnost, respectively.

Rostov-Don should not encounter any problems building on a three-goal advantage against FTC, while Györ are expected to step it up on home court, where Odense has nothing to lose.