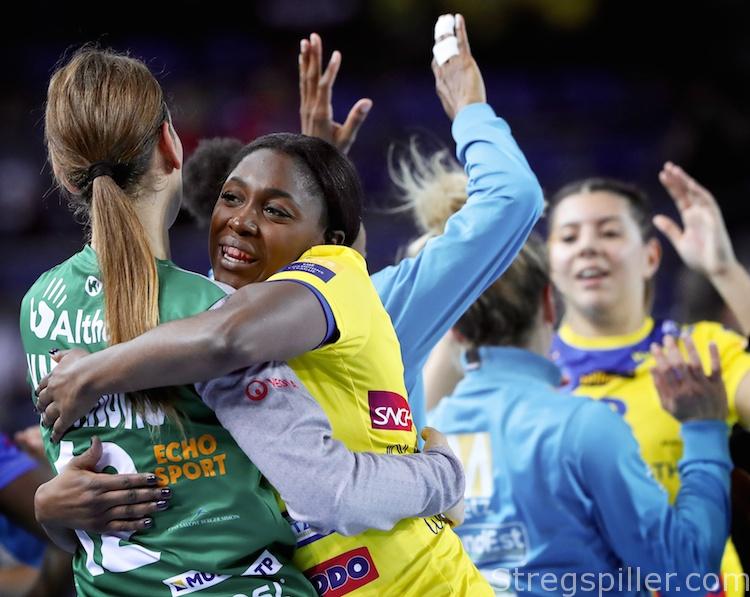 After a decisive loss at home to CSM Bucuresti and only winning by one against Vipers Kristiansand because of a last-second steal, FTC showed an impressive performance in Germany, succeeding 28:25 against undefeated Bieitigheim, in Group D.

The Hungarian visitors saw their 5:2 lead turn into an 8:5 deficit after six straight Bietigheim goals in the first half, but after the break, Gabor Elek´s ladies left no doubt which team would take the points.

Normally, a two-goal road win against Vipers would not be news worthy, especially for CSM Bucuresti. But CSM’s new coach, Dragan Djukic, must have felt relieved after the 29:27 victory.

The Group C match was an emotional affair for the 56-year-old Serb, where he witnessed his team three goals down at the start of the match, before landing a narrow win when all was said and done.

Mr. Djukic still has his work cut out for him, as the game revealed that a bunch of star players that make up CSM today, doesn’t necessarily mean that they function as a team – at least not yet.

Finally, Brest recorded a win in the EHF Champions League – and they did it in style.

Without first-choice goalkeeper, Cleopatre Darleux, as well as playmaker Isabelle Gulldén – no doubt, she would have loved to play against her former club – Brest won big (39:27) when visiting Sävehof, in Group B.

It took Brest a total of nine Champions League matches to book their first victory and the only other thing the French team, may have missed, was reaching the 40 goal mark.

Winning against Larvik may not be the most impressive achievement this season – although Buducnost couldn’t do it last weekend. Still, the win in Norway was decisive and clear (33:25), and without star player, Stine Jørgensen, Odense’s performance calls for respect.

Mie Højlund stepped up her game considerably in Jørgensen´s absence and apart from a 4:5 deficit in the first half, coach Pytlick´s crew never was in any kind of trouble.

Three games in the 2018/19 EHF Champions League and no win.  That’s how it sums up for the team of coach Herbert Mueller, after Sunday’s scary loss against the reigning champion, Gyor Audi ETO KC.

Of course, losing against the top club in women’s handball is acceptable but not the way Thueringer HC gave up in the second half, when Amorim & Co. scored at will and without effort.

Already, in their next Champions League match, the German champion will have the opportunity to correct Sunday’s dismal impression.

We already praised FTC for their 28:25 win against the German runners-up of last season.

However, Bietigheim is not without blame, especially in the second half, after a respectable 30 minutes of handball, when coach Albertsen’s crew led 14:13. The advantage evaporated all too quickly against a Hungrian team that certainly does not resemble world-class.

An enormous amount of work at both ends of the court, a brilliant performance as playmaker and nine goals of her own making – let’s make it short, Lekic stuck out as the single player who helped CSM Bucuresti overcome trouble in Kristiansand, defeating Vipers 29:27.

Scoring nine goals on 12 attempts, the fast and effective Russian right back was one of the positive elements in a match that saw a myriad of turnovers and technical mistakes.

Not only did the young Odense playmaker carry the additional responsibilities extremely well in the absence of Stine Jørgensen.

Eight goals of her own put her outstanding performance and Odense´s 33:25 win in Larvik, in perspective.

At the end of a fine game, the 20-year-old Slovenian left back earned Krim Ljubljana a surprising point courtesy of her steal and fast break goal in the dying seconds of the match against Podravka, in Group C.

The Women´s EHF Champions League is taking a two-week break before continuing on November 3-4.