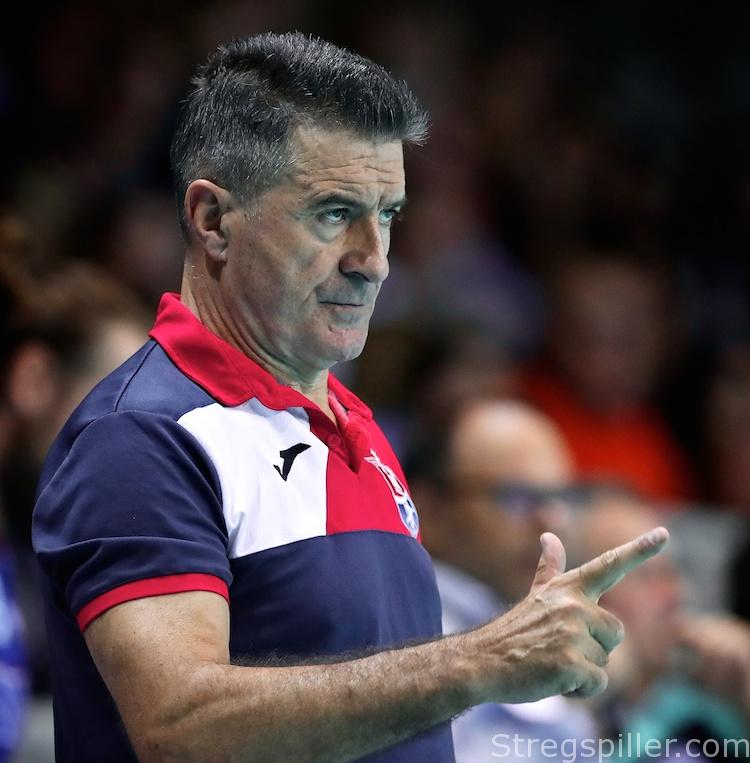 Opening the group phase with two consecutive wins is not exactly business as usual for Brest, but that’s precisely what the Belarusian champions have achieved this season.

After catching up a four-goal deficit to win by two in Kristianstad a week earlier, they defeated no other than ruling Champions League winners Montpellier HB 26:23 in Round 2.

Recording two victories against the very same teams they are expected to keep behind in order to proceed to the knockout phase is a fine piece of work by the Danish champions. So far, they have encountered more resistance in the domestic league, but on the European stage they have not stumbled.

Last Sunday´s 27:26 road win against Celje was followed by a 37:33 success at home against Motor Zaporozhye. And if last season´s quarter-finalists continue on this path, it sure looks like they’ll be heading for new Champions League adventures in the spring of 2019.

Until now, PSG have done their duty, but it took the French favorites a while to get things going at home against Celje, on Sunday. Die-hard fans had to wait until deep into the second half, before the men of coach, Raul Gonzalez, cruised to a 33:21 win.

The Hungarian champions are the comeback specialists this season.

Last weekend, they recovered late to win by one in Zagreb, and this weekend they were trailing most of the time as well, at home against last season´s Champions League finalist, Nantes. Yet, in the end they landed a 30:28 victory thanks to an impressive finish.

The Champions League winners from 2017 are another team with maximum points after their first two rounds.

The imposing 27:24 road win against Montpellier, was followed up with an expected 33:25 success, at home, against Kristianstad this past Saturday.

Players of the Week

A stellar performance and a saving percentage around 50, the 39-year-old Croatian goalkeeper played a crucial part in Brest´s second successive win, defeating Montpellier 26:23, on home ground.

There seems to be something special about Skjern’s keepers, when Motor Zaporozhye come to visit.

And this time, 21-year-old Emile Nielsen did not only play an important part in Skjern´s 37:33 win including a series of outstanding saves. He even caught (!) four of Motor’s shots – not an easy feat for those of you who watch handball only on occasion.

Barca´s Danish signing from German Hannover Burgdorf paid off from the start.

In his Champions League debut for Kielce, Cindric gave us a taste of just how valuable he will be for his new club.

Besides doing a brilliant job as playmaker, he scored five goals, when Rhein-Neckar Löwen were sent home with a 35:32 defeat.

Having four points in the plus column after two matches is probably more than most people expected from the Macedonians, after losing key players such as Cindric and Arpad Sterbik over the summer.

Especially, the three-goal win in Montpellier gives us reason to believe that they may be contenders for the title after all – or at least a FINAL4 berth?

After putting Pick Szeged under maximum pressure in their home opener in Group B, Zagreb went to Flensburg and handed the German champions their first defeat ever since they lost in the German Super Cup against Rhein-Neckar Löwen, more than a month ago.

Zagreb were leading most of the way en route to a 31:29 victory at Flens Arena, last Wednesday evening.

Now, the French team carries the dubious honor of being the first defending Champions League winner ever to lose their first two matches in the following season.

Montpellier came to realize that the road to Cologne via Groups A and B will be more troublesome compared to the somewhat easier path in Groups C and D.

The losing Champions League finalists of last season have followed their fellow countrymen from Montpellier in lockstep.

After a surprising 34:31 defeat at home against Flensburg in round one, they were unable to hold on to their lead in Szeged, leaving Hungary empty handed.

Following the opening win in Nantes, the 31:29 defeat at home against Zagreb certainly was somewhat of a downer. Let’s see, if the German champions can restore stability and bounce back in the upcoming matches?