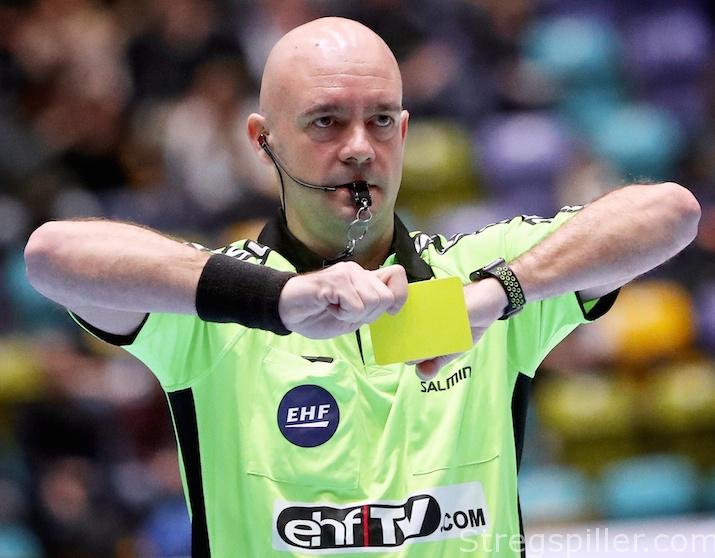 The first round of the Men´s 2018/19 VELUX EHF Champions League is complete – time to take a look back at who impressed most and which teams left room for improvement.

Rhein-Neckar Löwen meant business when they recorded a narrow 35:34 home win against Barcelona this past Wednesday.

Nikolaj Jacobsen´s Lions dominated and were the better team most of the time. If the German vice-champion continues to prioritize the 2018/19 Champions League, they look like a potential FINAL4 candidate.

The real stress test, however, will come in the weeks when only 48 hours of rest between Bundesliga- and Champions League games will test the resolve of the team.

Alex Dujshebaev could not save Kielce from suffering a narrow 29:27 defeat in Veszprém, in Group A. But his stellar performance as playmaker and his 10 goals allowed the Polish team to hang in until the very end. We almost did not notice that Luka Cindric was missing in action.

Dejan Milosavljev silenced all skeptics (for now), who foresaw problems in Vardar Skopje’s goalkeeping position. The Serbian shot-stopper played a crucial part, when Vardar opened their Champions League campaign with an unexpected 27:24 victory against the ruling Champions League winners from Montpellier.

Milosavljev may have had a total saving percentage of “only” 36 in the match, but his result from distance was no less than 58 percent – and a triple save from close range, right before half time, confirmed that he may be a force to be reckoned with.

HC Vardar were expected to face significant trouble this season after losing Luka Cindric and Arpad Sterbik among other key players.

However, the Macedonian powerhouse demonstrated that they still have to be taken serious after an impressive 27:24 road win away against Montpellier.

Succeeding at René Bougnol arena is no easy task by any stretch of the imagination, but with Stas Skube as brilliant playmaker and Vuko Borozan’s sharp-shooting skills, Vardar were in control almost the entire time.

SG Flensburg-Handewitt – The German champions have already silenced most of the pundits who were looking for a challenging season following the many departures over the summer.

After a flawless start in the Bundesliga, the North Germans came through in the VELUX EHF Champions League as well. Defeating last season´s Champions League finalist, HBC Nantes, 34:31 in one of the more difficult arenas in Europe, simply is a formidable achievement.

Skjern Handbold – To become the first Danish team ever to win in Celje and without key players like Thomas Mogensen and Kasper Søndergaard – not to mention long-term injured René Rasmussen – is quite imposing.

The 27:26 victory at Dvorana Zlatorog arena already takes the Danish champions a big step closer to reaching the knockout rounds.

HBC Nantes. As much as Flensburg had an impressive start to the 2018/19 edition of the VELUX EHF Champions League season, Nantes was struggling on Sunday evening, at Palais des Sports de Beaulieu.

The 2018 Champions League finalist could not find adequate solutions, neither in defense nor in attack, against a tactically well prepared Flensburg team.

Stevann Pichon and Laurent Reveret – The two French referees in the Celje / Skjern match usually guarantee fair play at the highest level. But just like players and coaches, referees are entitled to have an off-day, now and then. Sunday was one of these days for the two Frenchmen.

On top of several decisions that were outright wrong came a number of questionable calls. Messieurs Pichon and Reveret were particularly keen on raising their arm, indicating passive play, at a rather early stage in almost every attack.

Handing out two-minutes suspensions for even the smallest argument, following some of the iffy decisions, did not do much to gain respect from either team.