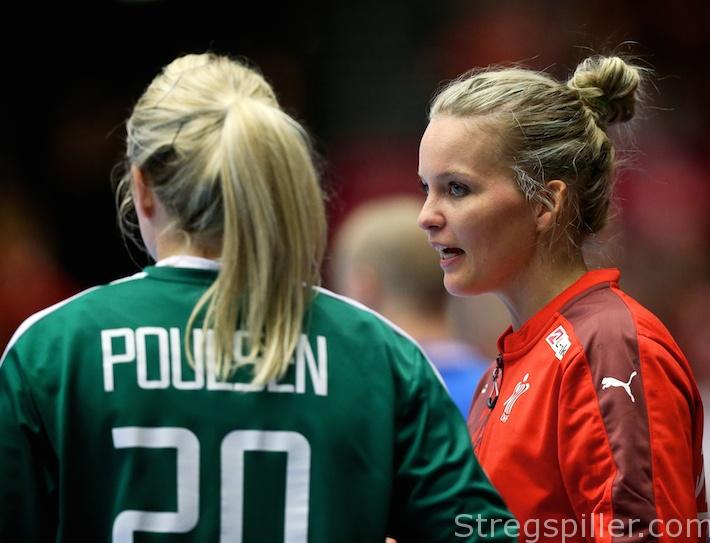 “Testing against the best is always an advantage”

INTERVIEW – The format of the Golden League has been criticized for including the same three teams – Denmark, France and Norway – plus one invitee every time, it’s scheduled.

However, Danish goalkeeper, Sandra Toft, does not feel bored at all, competing against the same opponents three times a year. Instead, she sees an advantage when playing against some of the strongest teams more frequently.

Including the same three teams (i.e. Norway, Denmark, France) has drawn criticism in recent years. The organizers of the Golden League should change the format and offer other nations to get involved as well is just one demand. But, the prestigious test tournament, which takes place three times a year for women as well as a men, could hardly look any different. After all, it was launched as a joint project of the Danish, French and Norwegian handball federations.

This time Poland will be the team, completing the quartet when game action begins in Viborg, on Thursday.

Meeting France and Norway three times a year might indeed feel dull to some, but not for Sandra Toft. The 28-year-old goalkeeper of the Danish national team has absolutely no objections to meet the reigning World- and European champions that often.

“It will always give you something extra to play against the best teams in the world, and the more often you meet opponents on that level, the more it will help in your own development.

“Of course, facing Norway and France so often inevitably means that we cannot expect to win each and every time. But the benefit we get from these matches is worth it as you can only get better when testing against the best,” Sandra Toft tells stregspiller.com.

At the same time, she welcomes Poland. The team is participating in the Golden League for the first time on the women’s side.

“Poland have a strong national team and recently have played some good games.

“It will be interesting to see who they turn up with and what they will show, as we will meet them again in the group phase of the 2018 European championship.

“For us it’ll be a good opportunity to check them out before we challenge them in a competitive match,” finds Sandra Toft who is currently in her second season with Team Esbjerg after returning to Denmark over the summer.

“At the moment, my form curve is very well aligned to where we are in the season, I suppose. I will reach my peak later in the year, just as it should be.

“In general, I feel that I became a bit more focused and sharper playing in the Danish league again.

“As a goalkeeper you are under immense pressure in virtually every match in the Danish league because it’s so competitive.

“In Norway, while playing in Larvik, we were in a league of our own, and I was never tested the way I get tested in Denmark.

“Of course, in Larvik we played in the Champions League every year, still I am challenged more frequently in Denmark and I feel that my performance in the national team has benefitted from it as well,” she says.

“All I miss is the Champions League”

Competing in the Champions League is something she really misses after leaving Larvik, she admits.

Team Esbjerg have participated in Europe’s prestigious tournament only once, and that was in the season before Toft joined her current club. In fact, she and her Larvik teammates played in the same preliminary group with Esbjerg back then. On that occasion, Larvik won both matches.  Whereas last season, games on the European level were not in the cards at all for Esbjerg.

“In a way, it was good as the reduced number of matches gave me the opportunity to completely recover from my knee problems. “But now I am fit and I miss the Champions League.

“The EHF Cup, which we are playing this season, is not nearly as much fun as the Champions League.

“Yet, there are many advantages of playing in Esbjerg.

“Everything in and around the club is very well organized, including finances. Our wages are being paid on time and it gives you great comfort to know that such things are under control.

“You cannot avoid being affected by financial instability in your club, as I experienced in Larvik, and you cannot help but take it with you on the court.

“I am glad that I do not have to worry about such issues anymore. All I miss here is the Champions League, and I really do hope that we qualify this season.

“However, I’ve heard that there will be only one place designated for Denmark, in the Champions League, next season. Odense are the obvious favorites, and Kobenhavn will compete for this spot as well once they get through their current crisis,” says Sandra Toft.

For now, she looks forward to national team week and battling against France, Norway and Poland in the Golden League tournament – one of only a few critical tests left before the 2018 European championship in December, in France.

Denmark will be facing France in Viborg (Thursday), Poland in Aarhus (Saturday) and Norway in Horsens, (Sunday).