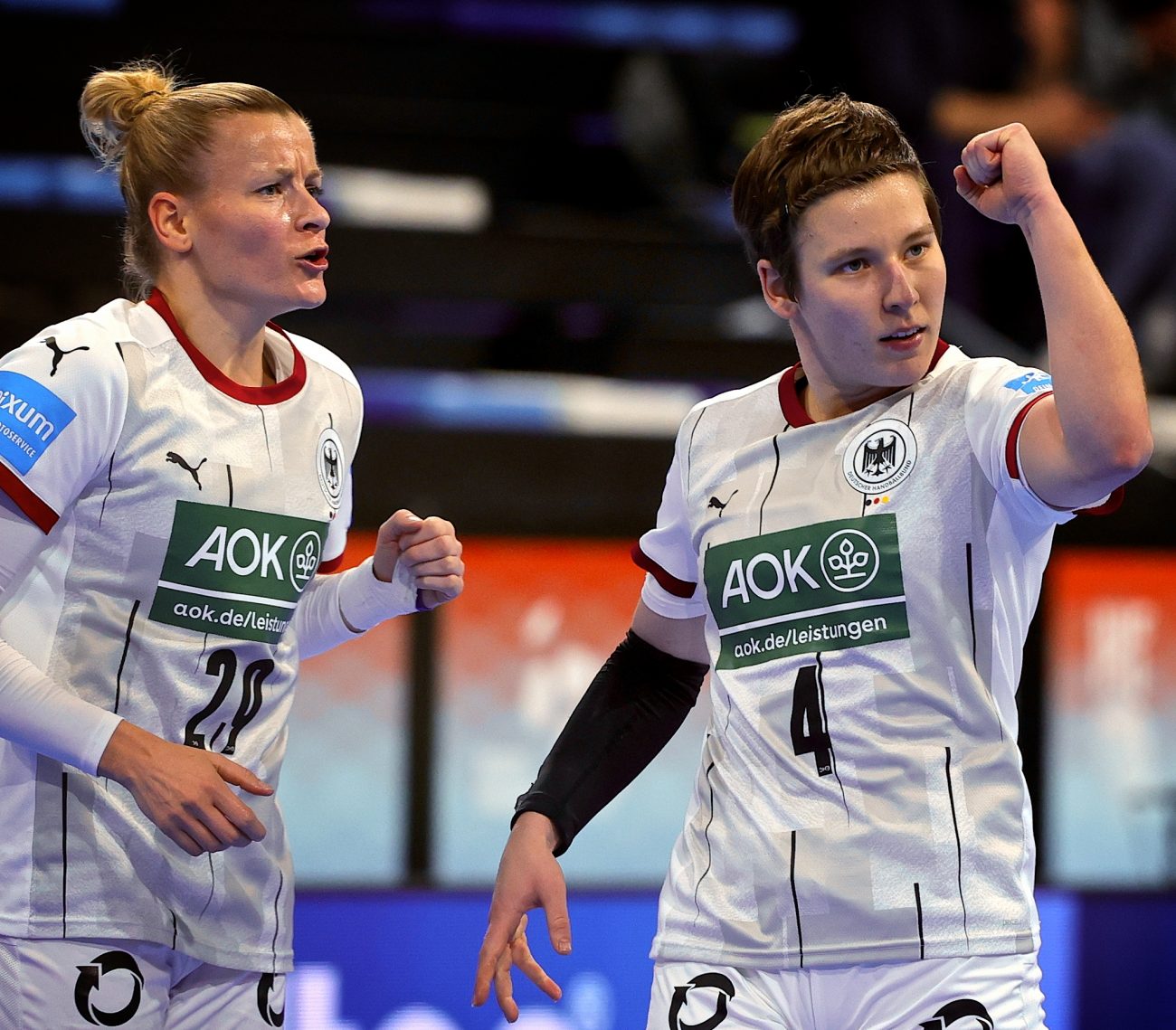 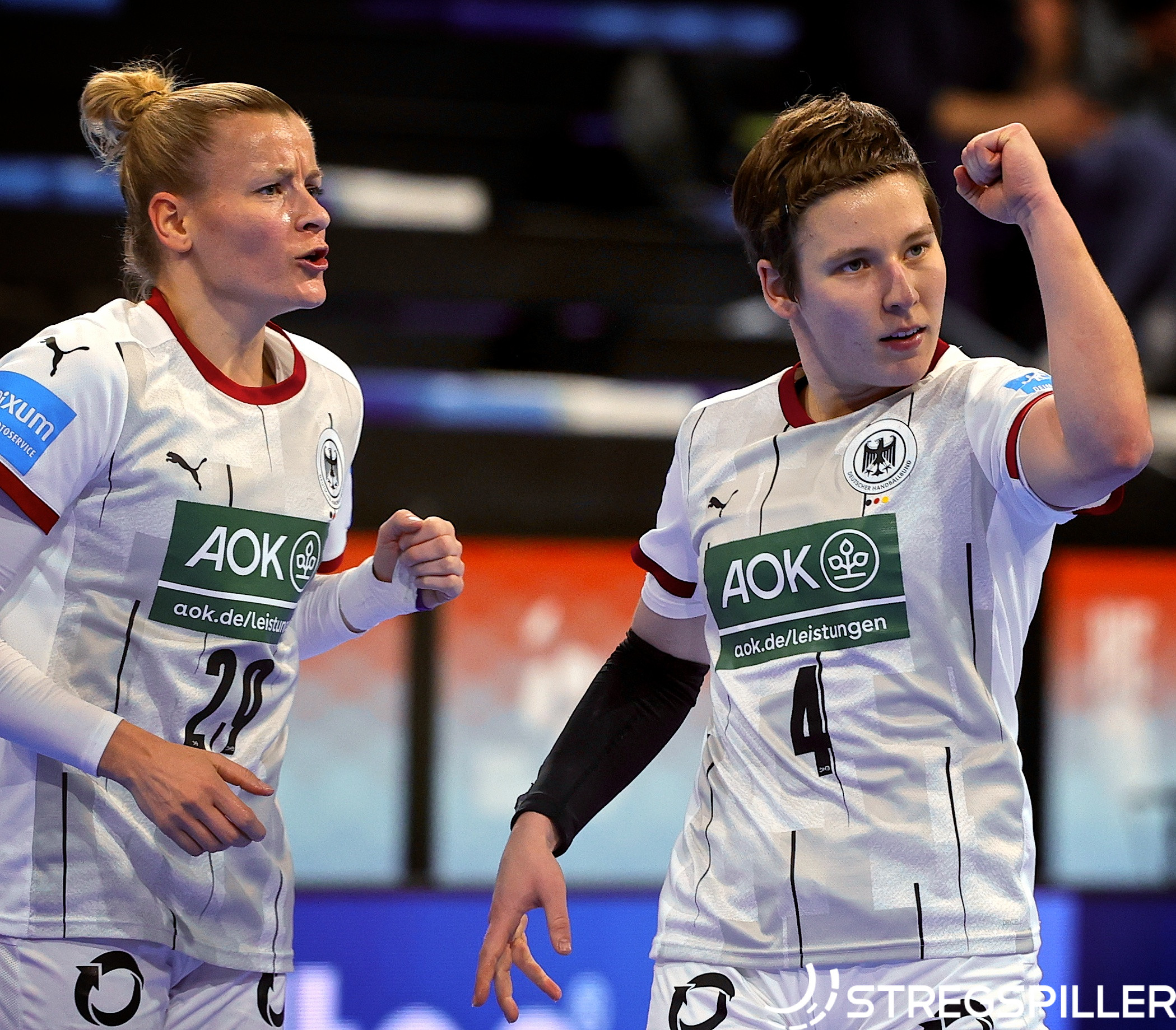 The Alina and Emily show sends Germany to the knockouts

Germany stood on the verge of qualifying for the quarter-finals, thanks to a perfect four wins from four, but a tricky test awaited in the form of South Korea.

The Asian powerhouse had endured a rocky start to Spain 2021, including a hard-fought win over Tunisia and a heavy defeat to Denmark, but rediscovered their magic two days previous against the Czechs. That win kept them in the mix to progress but a win over Germany was a must.

History had been on Korea’s side with 9 wins from 17 meetings, but in recent times Germany have had the edge, though their only draw came in Japan 2019, 27:27.

A comprehensive victory in the end, which never looked in doubt once Germany figured out how they wanted to play. A fifth consecutive victory sends both them and Demark through to the quarter-finals and sets up an appealing group finale on Sunday.

Korea threw a serious curveball at Germany with a hyper-aggressive 3-3 defence, forcing a turnover and giving them the first goal of the game but alas they reverted back to a more conservative defence immediately. Germany quickly settled into their stride and burst into a 5:1 lead.

A Korean timeout set things straight and by the quarter-hour mark, there was nothing to choose between the sides. While Korea were finding most joy through their back court trio of Eun Hee Ryu, Migyeong Lee and Harang Jo, Alina Grijseels was pulling the strings for Germany’s attack as they opened up a three-goal lead.

But once again, the advantage didn’t last long as Korea kept finding a way back. You got the feeling that the Koreans were comfortably playing their style of handball, Germany were forced to adapt and play a risky attacking game – the right pass meant an easy route to goal, but the wrong pass meant a turnover. Germany made the right decision a couple of times late in the half and Grijseels made it 19:16 with her sixth goal of the half.

Chances were becoming increasingly difficult to muster for Korea as Germany’s physical stature began to show.

It became a particularly good day at the office for Emily Bölk, scoring four goals in the third quarter of the contest to stretch the lead to seven goals as the Korean defence could not match her and their goalkeeper was in no mood to either.

Korea were sapped of creative and physical energy and Germany were relentless in their pursuit to fully exploit it. With two minutes remaining, Korea went back to their 3-3 defence and forced another turnover, leaving me to wonder what could have been today or what we might see in the future from this squad.

Right at the start of the second half, it became apparent that Germany had a grasp of what they were facing and one they knew that, there was no stopping them.

The gaps suddenly disappeared in attack for Korea and Germany’s counter-attacking began to take its toll – they struggled to keep in touch for 10 minutes before Germany embarked on a 10:2 run.

“We knew Korea were a difficult team and would play a different style but we had the solutions to beat them. At half-time, we talked about needing to step out a bit in defence and run the fast breaks, we knew that Korea were not so good at running back, so that was the most important thing for us and it’s my kind of game.

“We are in the quarter-finals now and there is no pressure against Denmark. They are a really good team and have had good results here but we have our chances to win it.”