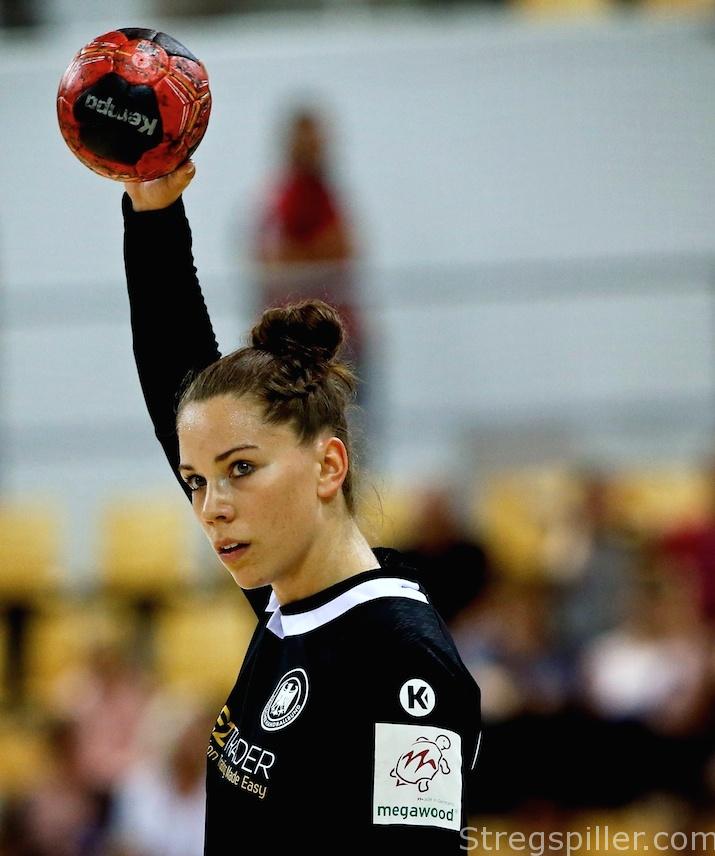 “The Champions League has been the biggest challenge for me”

INTERVIEW – Emily Bölk’s move from Buxtehude to Thüringen was one of the most anticipated transitions this summer, including her debut in the EHF Champions League. Having scored a total of seven goals in the first three matches, she has yet to reach  full potential, just like the rest of the team. Right now, Thüringer HC is bound to miss the main round. I spoke to the 20-year old about her start with the German champion, the team’s struggle in the Champions League and changes in Germany’s national handball team, in recent months.

How did you experience your first few weeks in your new club?

EB: The first weeks have been very exciting. I have had a lot of fun and I like my new home, Erfurt, very much, but I still need my GPS. The team, including our coaches, welcomed me with open arms. We also had a good start in the (domestic ed.) league and the cup, but in the Champions League we are far behind our own expectations. But, I do hope that we can take our first points rather soon. Overall, I feel quite comfortable.

What’s the biggest difference, so far, compared to your time in Buxtehude?

EB: The most significant change took place in my personal life. I live in my own flat for the first time ever, in a much bigger town, and I am not close to my usual surroundings, my home, my closest friends and my family. Then the level of training is much higher, as we have a lot of players with international experience in our team, which means you have to do more every single time we practice. And, of course, I can play in the Champions League for the first time ever.

Did you face any particular challenges, thus far?

EB: I think as a new team, we’ll need some more time until we find each other and timing will be at 100 percent. But we work on it every day. Still, the Champions League has been the biggest challenge for me.

In the German league you won all matches, until now. What is not working in the Champions League?

EB: That’s tough to say. Maybe we have too much respect, maybe we are too stressed, maybe our expectation is too high with regards to our own performance. But it’s a fact that we continue to work hard at full speed, so we can win some of the remaining matches.

Honestly, I had expected more from your team in the Champions League.

EB: Absolutely, we all did. But we also know that our performance, so far, has been well below our potential. I really hope we will be able to flip the switch rather soon.

Meanwhile, the national team is experiencing a tremendous overhaul. What do you make of the first months under the new head coach, Henk Groener?

EB: It’s a lot of fun to play and train with a new and much younger team. The atmosphere is excellent and everyone is highly motivated. Our team is quite different, considering the characters of the individual players but we can build something great for the future.

Kim Naidzinavicius recently said that Henk Groener is quite different compared to Michael Biegler. Do you agree and where do you see the major differences between the two?

EB: Yes, I can agree with her, for sure. Henk has a totally different philosophy compared to Beagle. Even though he (Groener ed.) has clear tactical rules and set plays, which we have to execute, he leaves us plenty of space to be creative and courageous.

Is anything else other than making it to the main round at EURO 2018 too much to ask for?

EB: We face a tough group stage – so our main goal will be reaching the main round. Then everything is possible, as we already demonstrated two years ago. We will give our very best, that’s for sure!