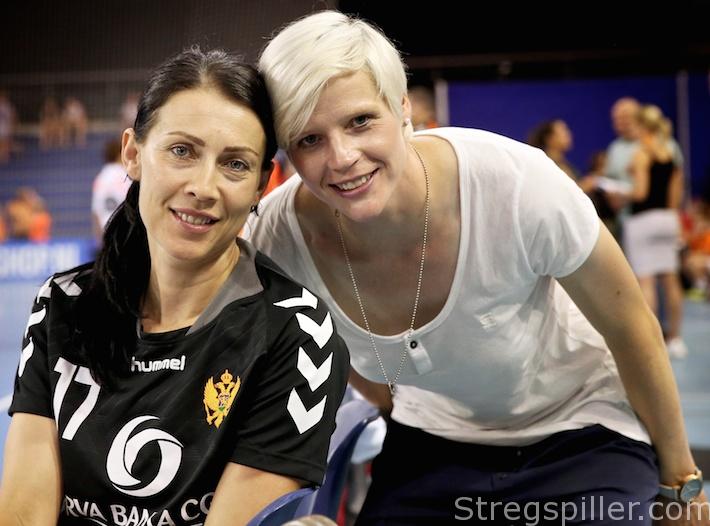 They already got one thing in common – an Olympic silver medal won at the 2012 London games.  And they have one thing in mind – finishing one step higher on the podium this time around.  Coming back after a long break from their respective national teams unites them as well.  But their stories could not be more different otherwise.

Kim Andersson from Sweden and Bojana Popovic from Montenegro will be back in action in Rio, while their comeback’s couldn’t be more different.  The story of two true world-class players shows the significance of Olympic games, as a gold medal would be the culmination of two amazing careers.

Kim Andersson is one of the best right-backs in recent handball history.  He can shoot, he can pass, and he understands the game extraordinarily well.  During his seven seasons at German record champion THW Kiel he won six league titles, five German cups and the Champions League three times.

But amid permanent shoulder problems he left the Bundesliga in 2012 and signed with Danish side KIF Kolding.  In 2015 he even moved back to Sweden playing for Ystad because he wanted to be closer to home.  To rest his beaten body he retired from the national team after winning the silver medal in London 2012.

Bojana Popovic did the same, but for different reasons.  She retired for good, got pregnant and gave birth to her child in 2013, while taking over as manager of her long-time club, Buducnost Podgorica.  She is even bigger in women’s handball than Andersson has been on the men’s side.

Popovic won the Champions League six times as well as receiving “Player of the Year” honors in the then world’s best league, Denmark, four times. To the day she probably still is the most recognized face in women’s handball.

After the retirement of Andersson and Popovic their respective national teams took a totally different path.  Sweden had already missed their chance to qualify for the 2013 World championship in Spain, while Montenegro, without the leadership and quality of Popovic, won the EHF EURO 2012 in Serbia.

The reason for Andersson’s comeback is more obvious than the one of his female counterpart.  Sweden desperately needs him. Andersson, along with his namesake Mattias, is the only world-class player on the team.  He was asked to come back to provide the class needed to play for medals.  Somehow it feels almost surreal that at age 35 he may still make a difference.

Popovic, meanwhile, hasn’t played a competitive match in four years.  But she never really stopped training and started to take part in practice sessions back at the beginning of 2016, when her desire to come back became stronger and stronger.  Certainly, she will be fresh and well rested and her experience will make sure that she doesn’t underperform.

So who will help more, who will bring more to the table, which team has a bigger chance of going far in the tournament?  The money should be put on Montenegro right now, not the least because the team is closer to the top in women’s handball.

Just when you think of a backcourt composed of Bojana Popovic, Milena Raicevic (former Knezevic) and Katarina Bulatovic, pure world-class comes to mind.  And the question arises if this trio can be stopped by any opposing defense?  It will be tough, that’s for sure.

Would these two outstanding athletes have come back to represent their countries at a regular tournament?  Very doubtful.  The Olympic games, the spirit of the competition, the Olympic village, the opening ceremony, and the chance to become an Olympic legend – it’s just too special – simply irresistible.