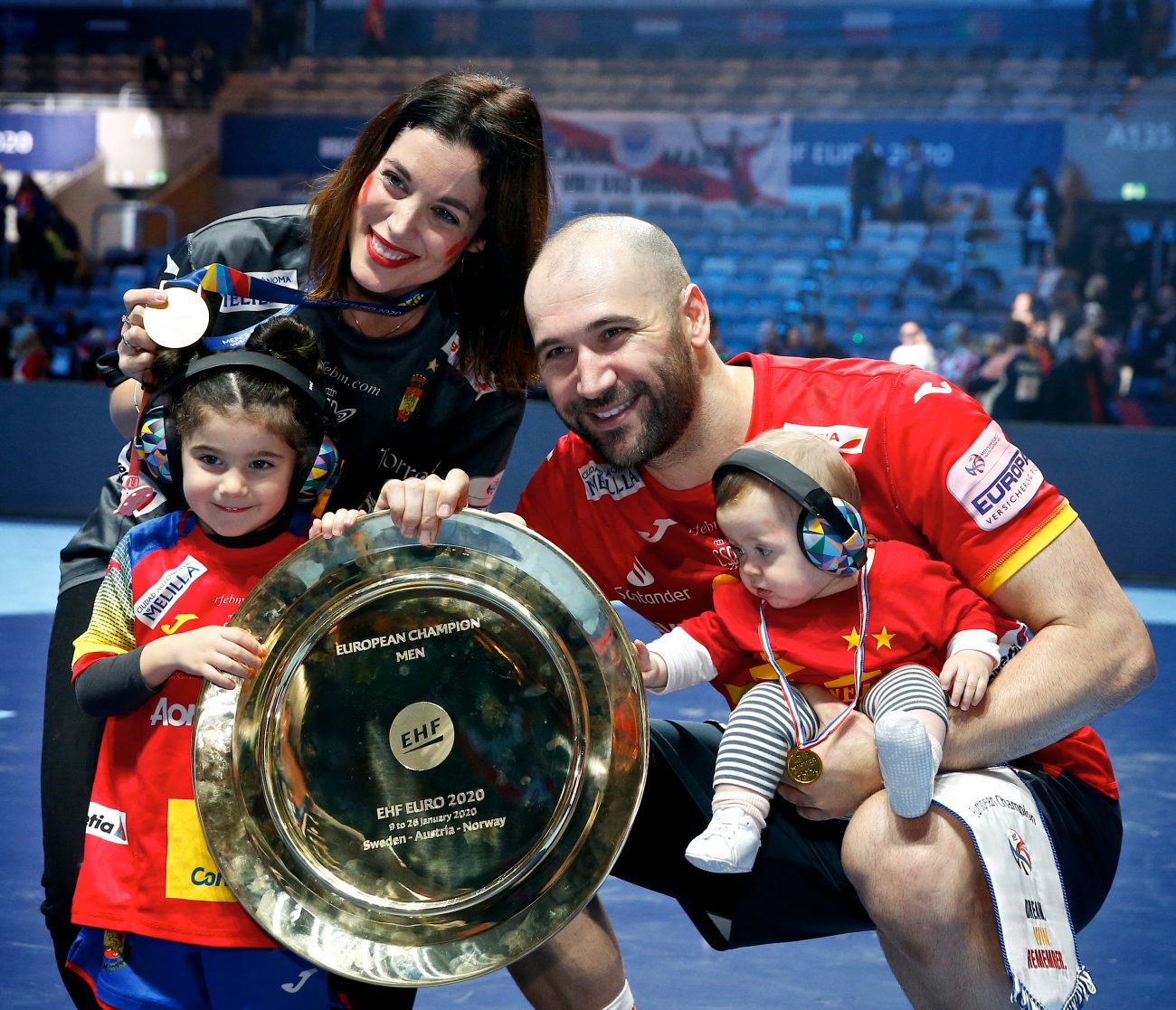 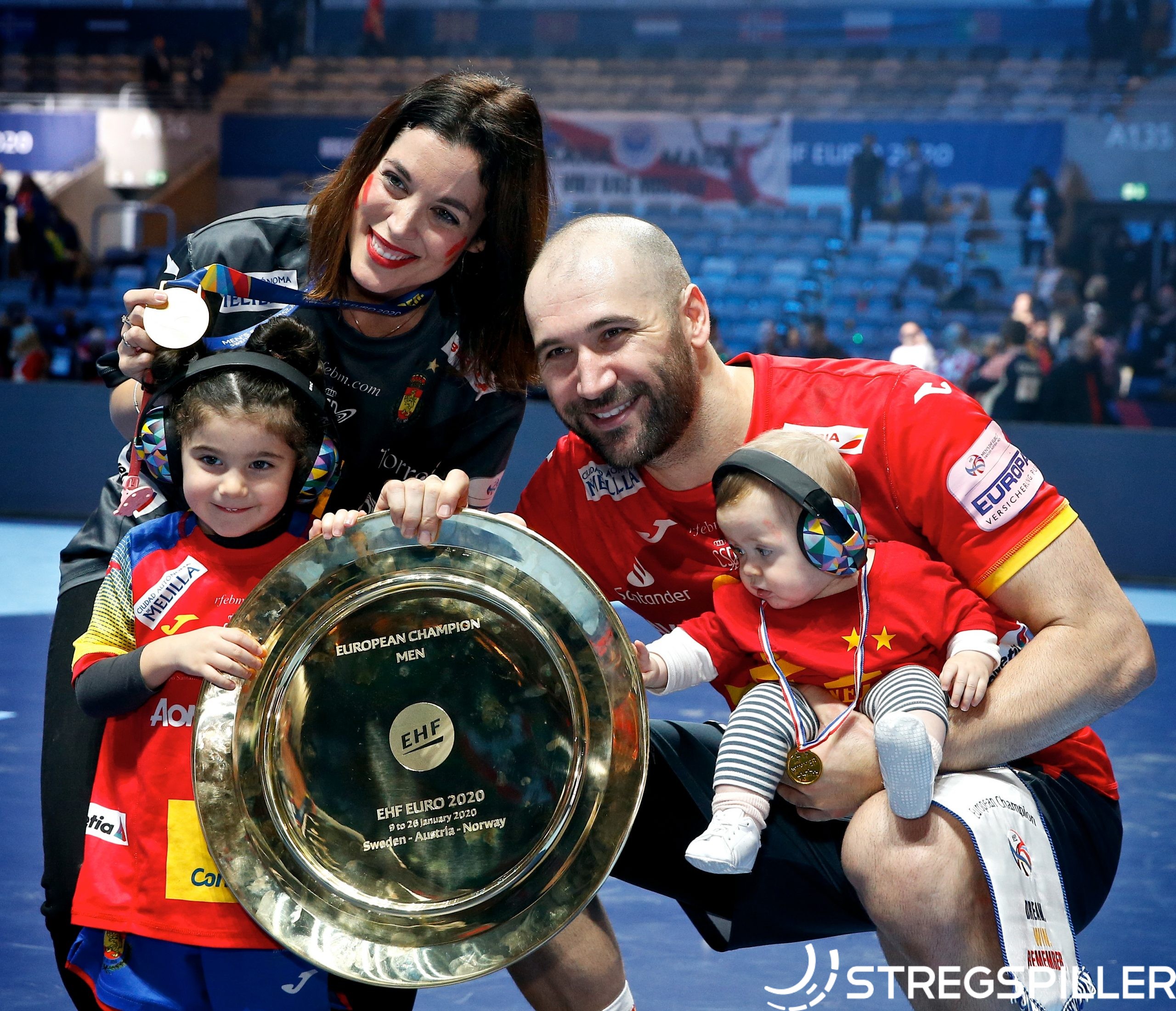 INTERVIEW – For Pick Szeged’s Spanish playmaker, Joan Canellas, the decision of the European Handball Federation (EHF), to nominate the four best teams of the group phase of the 2019/20 VELUX EHF Champions League to the FINAL4 makes no sense.  Nor, does the revised date of the tournament (December 28-29, 2020) find the agreement of the 2020 European champion.

Joan Canellas has no second thoughts about the EHF´s ruling to send the two top teams of group A and B directly to the FINAL4 without playing the Round of Last 16 or the quarter-finals. All because of the ongoing Covid-19 lockdown.

Initially, the EHF’s emergency plan envisioned to play all outstanding European Cup matches in June of this year, except for the men’s and women’s FINAL4. Those handball highlights were postponed until August and September – the start of the 2020/21 season!

Soon the federation came to realize that the revised schedule was not realistic, as the Covid-19 lockdown was extended all over Europe. Instead and contrary to the wish of Michael Wiederer (EHF President) that “all competitions would be completed somehow”, all European Cup games, apart from the Champion League, were terminated.

There still is a chance that the women’s DELO EHF Champions League quarter-finals will be carried out two days prior to the FINAL4 in Budapest. But, on the men’s side, Barca, THW Kiel, Paris-Saint Germain and Veszprém were selected, for the VELUX EHF FINAL4 in Cologne.

“The decision is nonsense,” finds Joan Canellas, whose club, Pick Szeged, finished third in Group A, right behind Barca and PSG.

He feels that his team was robbed of its chance to qualify for the FINAL4.

“Nominating four teams after the group phase to the FINAL4 and skipping the Round of Last 16 as well as the quarter-finals is not a correct way of carrying out such a prestigious competition.

“You play this competition expecting to get the chance to qualify through the knockout phase. All of a sudden skipping these rounds is not the right way,” says the experienced Spanish backcourt player, who has decided to stay in Hungary for the time being.

“The situation in Spain is so much worse than here – so I wait to go home, until it gets better there,” he explains.

“Moving the FINAL4 makes no sense either”

He is no fan of re-scheduling the VELUX EHF FINAL4 to the last weekend of December, either.

“Playing the FINAL4 of the 2019/20 season in the middle of next season makes no sense to me either.

“All participating teams will be in the middle of a new season including a new Champions League season. In addition, the national teams will be busy preparing for the World Championship, in Egypt, in January of 2021.

“In the meantime, the participating clubs will have changed their rosters. For instance, players like Sander Sagosen and Rodrigo Corrales, who qualified with PSG, will both be playing against PSG in the FINAL4.

“This makes no sense. It would have been better to accept that the 2019/20 season was over and not declare a champion.

“However, no one asks us players and I suppose that the EHF cannot afford to miss the money they make from the FINAL4 – and money rules everything!

“Having said all that, I admit that the EHF probably found the four most attractive teams for the FINAL4 and without any doubt, the four teams with the biggest budgets.

“Arguably, a club like Kiel will be a boost to the FINAL4. Having a German team back (in Cologne ed.) will be good for the event.

“I have no idea if Lanxess Arena can sell out at that time of the year, but Kiel may fill half of the arena or get close to it with their fans alone,” predicts Joan Canellas.

Expecting to play Champions League in 2020/21

In addition to being deprived of their chance to qualify for the VELUX EHF Champions League FINAL4, Pick Szeged have been the “victim” of yet another odd decision – this time by the Hungarian Handball Federation.

Like most other national handball leagues across Europe, the Hungarian federation decided to cut the 2019/20 season short given the widespread pandemic. But, instead of working with the results of the current period, Hungary declared the rankings of the 2018/19 season as the basis for international participations going forward.  A much debated and controversial conclusion.

As a consequence, Szeged can no longer be sure of participating in the 2020/21 edition of the VELUX EHF Champions League. The club’s eternal rival – Telekom Veszprém – are the only Hungarian team directly qualified to Europe’s premier handball competition, which will be played in a new format and will include less teams than before. Yet, Canellas is unfazed.

“I am certain the EHF will find a way to place us in the Champions League via “Wild Card” or some other mechanism.

“Pick Szeged have been very close to reaching the FINAL4 several times. We have the history and we have the fans. The EHF will always want Szeged in the Champions League,” sounds a confident Joan Canellas.

Understandably, he views winning the European championship with Spain, back in January, as the highlight of the 2019/20 season.

“Of course, it was the climax of the season – certainly when considering how everything turned out afterwards.

“About a month and a half later, everything in international handball shut down. Right now, winning the European championship appears in a rather special light, as all of a sudden there were no more titles to fight for.

“Winning the European championship again was not only a big triumph in itself, it was also important for a direct Olympic qualification.

“It’s a pity that we won’t be able to benefit from the success this summer, as the Olympics have been postponed to next year. By then, we may not be the same squad anymore, as some players in the Spanish national team are not exactly young anymore,” concludes Joan Canellas.