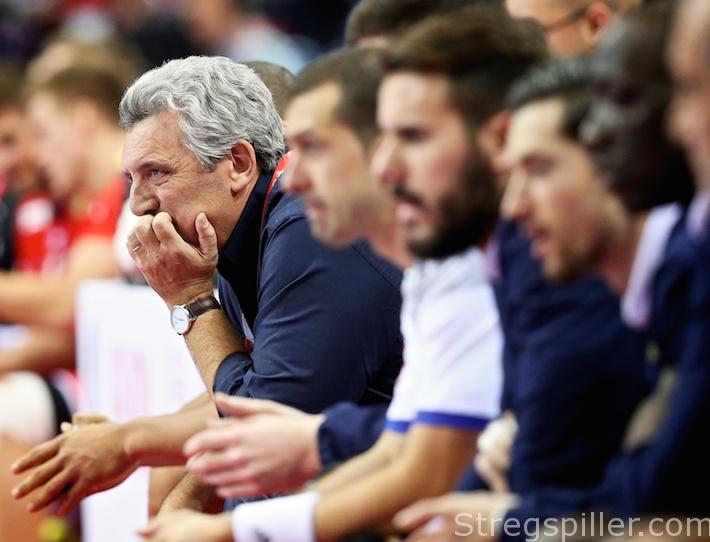 The end of a dynasty

Eight major titles in 15 years, two triples, countless medals.  It’s been quite a ride for Claude Onesta, the former head coach of “Les Experts”.  He will go down as the most successful men’s national team coach of all time, there’s no question about it.  Having said that it feels a bit weird that he won’t have a chance to finish his career on the sidelines on home soil at the upcoming World championship in France.

The Olympic games in Rio de Janeiro were supposed to be the last, well almost, final chapter of Onesta’s illustrious career as the coach of “Les Bleus”.  As the reigning World champion the French team was trying to accomplish what no other team had done before, winning three Olympic Gold medals in a row.  They came very close to reaching this historic goal, only losing to Denmark, a squad they used to dominate, in the final.

As the loss to the Danes came unexpected by historical standards, it didn’t come as a surprise when taking a closer look at recent developments around the French team.  As usual decline comes with age, and the rule didn’t make any exception with the greatest generation of handball players, France has ever seen.  The descent is even tougher to accept when you hardly find a way to replace your best players with younger talent.  It’s probably the only thing you can blame Onesta for.

But honestly, when you’re winning and winning and winning, and most of your core actors are still in their prime, it’s difficult to force change.  Once you taste “victory” you quickly get hooked on it.  And it’s not like Onesta didn’t try.  However, for different reasons, players like William Accambray or Xavier Barachet weren’t able to establish themselves in key positions.  They were part of a strong support cast, but not more.

It’s tough to imagine that Onesta was quite close to losing his job during the 2005 World championship in Tunisia, when his side was unable to beat Greece, yes, Greece during the group phase.  But he had a quick recovery, when France finished third at the tournament in North Africa.  It was Jackson Richardson’s final competition in the blue jersey and one year later a young guy named Nikola Karabatic took over.

While Richardson became a player of the past, Karabatic represented the future. France captured their first-ever European championship in Switzerland, in 2006, thanks to Karabatic, the goalkeeping skills of Thierry Omeyer and an outstanding defense organized by Didier Dinart.  The most dominating period of “Les Experts” as the squad is called in France started at the Beijing summer games in 2008, when the Gold medal became the first one of a historic triple.

After winning the 2009 World championship and the 2010 EHF Euro, France became the reigning champion of all three major titles, the first time ever that a handball team accomplished the feat.  As is known by now they did it twice.  Onesta, the coach in these years didn’t change and the key players also didn’t change.  Some retired, like the Gille brothers, or the above mentioned Dinart and Jerome Fernandez.

Now Onesta has coached his last game.  Dinart, his assistant coach since 2013, has taken over, with Guillaume Gille by his side. Onesta has moved on, becoming the manager of the French handball federation.  It will still feel like a last hooray for the French team when the World championship begins in less than 100 days, even without Onesta on the bench.  No matter the outcome, after eight major titles in 15 years, Onesta’s legacy will be untouchable and his winning record will be one for the ages.  And while the medal in Rio only was a silver one, it was the right time to end the most impressive era in handball history.