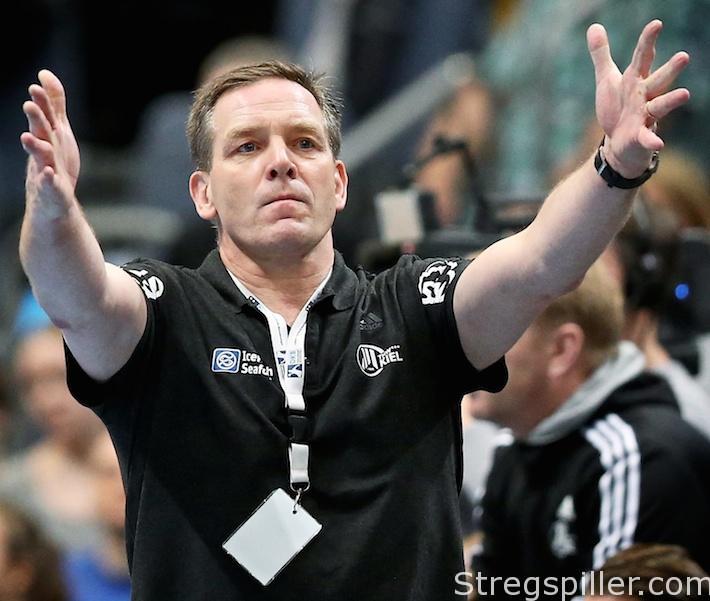 When Alfred Gislason became the new head coach of THW Kiel in the summer of 2008, following legendary and long-time boss Noka Serdarusic.  The goals were obvious: Winning the league was a given, while succeeding in the Champions League was the ultimate objective.  The roster featured a long list of superstars, such as the French duo of Nikola Karabatic and Thierry Omeyer, Swedish line-player Marcus Ahlm or Filip Jicha from the Czech Republic.

In the following years players like Daniel Narcisse, Momir Ilic or Aron Palmarsson joined Germany’s number one club.  And let’s not forget that stars like Kim Andersson, Stefan Lövgren or Vid Kavticnik were also part of the team when Gislason joined the club. Many of them would make it to a handball Hall of Fame, if there was one.  Compared to today’s team it’s hard to imagine that one club was able to combine so much individual class.

Which shows us how much time has passed by.  New clubs have emerged as powerhouses on the international level, like Paris, Kielce or Veszprem.  Back then Kiel was almost unbeatable, at least domestically.  Nobody up North had to waste time thinking about the Bundesliga, because it was a given to finish first.  But these day, the picture looks a bit different.  THW finished last season in third place and had to ask for a wild card to participate in the Champions League.

It’s no surprise that critics have raised their voices and Gislason is feeling the pressure.  In a recent interview with local newspaper Kieler Nachrichten he said: “I’m not known for giving up easily.  If the club and the team don’t want me anymore, we can find an easy way.  But if the fans don’t want me anymore, then I don’t care.  I’m here to do my job for the club and be successful.  I’m not here to make friends, I’m here to win games.”

Strong words, which suggest that the Icelandic coach, now 57 years old, is showing signs of wear and tear. Gislason has been coaching in the best league in the world since 1997 and became a constant winner after struggling at Hameln in his first years.  In 2010, when he led Kiel to the Champions League title, he became the first coach ever to win the Champions League with two different clubs, after having succeeded with Magdeburg in 2002.

But recently he’s not coaching a handball superpower anymore.  His roster is still a very, very good one.  Just take a look at the goalkeeping duo of Andreas Wolff and Niklas Landin, it’s second to none.  Still, too much depends on Domagoj Duvnjak, because youngsters like Nikola Bilyk or Lukas Nilsson are at the start of their, probably, long and successful careers.  The club’s make-over also came about because of a lower budget compared to the past, and it will take time.

Such processes aren’t done from one month to another and as the Bundesliga is the most competitive league in the world, it can easily result in a year without any titles, just like it happened last season, when Kiel ended up empty handed for the first time in 13 years.  That’s why fans and people around the club seem to lose their patience, although time is a key factor if you want to start a new era.

Gislason claimed that it’s the last time he will start such a process as his contract expires in the summer of 2019.  While I wouldn’t bet against him extending his gig at THW one more time, I tend to believe that his era in the North of Germany is coming to an end.  No matter how many titles he will win before his departure, he will be hard to replace.  Even if his critics don’t see him as a tactical genius, the facts are on his side.  Gislason simply is the most victorious coach the club has ever seen.