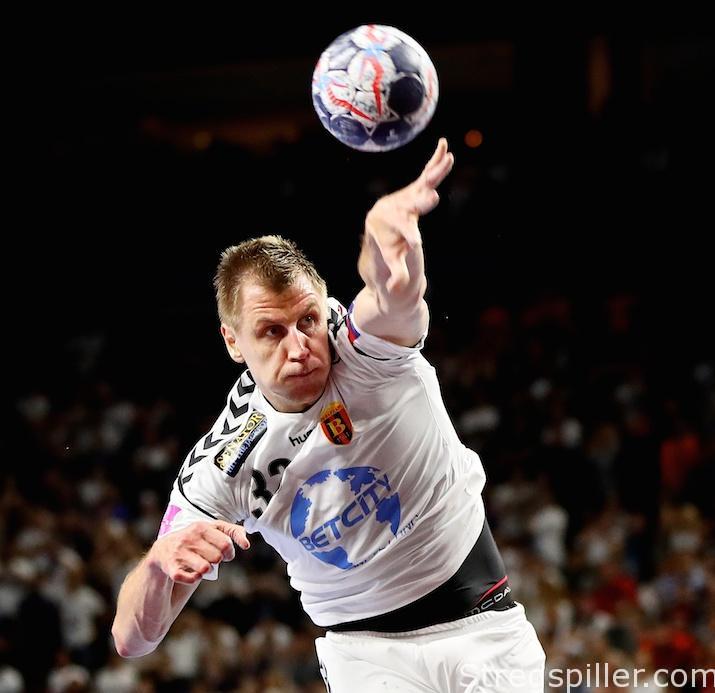 Will it be Paris´ year – finally?

For the past two years, Paris Saint-Germain Handball have been considered among the top favorites to win the Champions League – so far without living up to the expectations, a disappointing fact, considering their impressive team roster.

This season, it is impossible to not to see PSG as favorites again, despite their struggles at the FINAL4 over the past two years.

Unless you consider a third and second place to be okay, but Paris simply is not your average run-off-the mill team.

When looking at their roster, fans and pundits alike have every right to expect them to finish on top, and this year more than ever before.

In goal, Spanish international Rodrigo Corrales has arrived from Wisla Plock to give 40-year-old Thierry Omeyer a break – exactly what the “old” man needs and did not get last season.

In the back-court line, Norwegian super talent, Sander Sagosen has joined from Danish champions Aalborg, still to me, the big question is how much court time the young shooting star will actually get?

After all, Nikola Karabatic and Mikkel Hansen are the one’s, Sagosen will have to push aside, either on the playmaker or the left-back position, and PSG coach Zvonimir Serdarusic is not exactly known as a daring coach.

This is only one reason why I do not give Paris more than an 80% chance to win the 2017/18 Champions League.

Another one finds support in the fact that they still have problems on the line player position, where neither Swedish Jesper Nielsen nor Nikola Karabatic´s brother Luka live up to the standards of the rest of the team.

PSG´s group is by far the strongest one, but this is not what worries me. They have every chance to win Group B and skip the round of Last 16, but can they find composure, a true necessity to emerge as the winner of the FINAL4 this time?

Of course, the big stars in the team, like Thierry Omeyer, Mikkel Hansen, Nikola Karabatic, Luc Abalo and Uwe Gensheimer do not need any further introduction, but there are other interesting players who deserve a closer look.

Rodrigo Corrales – the arrival of the 26-year-old Spanish international from Wisla Plock is a true reinforcement. He will provide real competition for Thierry Omeyer while allowing for breaks, he did not get in 2016/17.

At the age of 26, Corrales has reached the time when goalkeepers begin to peak. Expect the former Barcelona keeper turning into a real asset for PSG.

Sander Sagosen – despite his young age (22), he is already considered a world star who deserves much of the credit of Norway´s recent success.

His powerful jump-shot, his ability to read the game, his technical skill and physical strength – Sagosen is a near complete handball player. The only handicap: Will he spend sufficient time on the court at PSG.

Nedim Remili – already last season, we saw what great right-back this young guy (22) is. Still, he can develop a lot further. There is every reason to expect him to continue on his successful path and rise among the stars in the French capital. In the 2016/17 campaign, Remili will make life even more difficult for his immediate rival on the position, Croatian Luka Stepancic.

Odds of winning the Champions League: 80%

Can Vardar do it again?

Last season, Vardar Skopje surprised everyone winning the Champions League as newcomers to the FINAL4.

This season, they will be facing a tougher challenge to repeat the success.

They will have to make up for Alex Dujshebaev. The Spanish right-back has left for Kielce, the Polish club trained by his father, Talant.

The enormous (215 cm, 135 kilos) Latvian Dainis Kristopans will have to try and replace him. He is the only newcomer in the Macedonian club, by the way.

However, Vardar will also face some other kind of pressure in order to repeat last season´s achievement.

Club owner Sergey Samsonenko has announced to withdraw from the club after this season. How will the team react to this kind of pressure? Will it show on the court?

Personally, I am looking very much forward to the answer to this question.

Vardar will play in Group A, during the group phase, and this should be an advantage for the squad, where veteran goalkeeper Arpad Sterbik, playmaker Luke Cindric, left-back Vuko Borozan and the elegant left-wing, Timur Dibirov, will be the key players once again.

Luka Cindric – the 24-year-old playmaker will be essential to Vardar this year, just like he was last season, not the least in the FINAL4.

However, the creative Croatian international may suffer from not having Alex Dujshebaev on his right side, and he may have to do even more on his own.

Vuko Borozan – rumors were linking him to Qatar, but Vardar should be happy that Borozan stayed. He will be one of their main assets, if he can repeat his performance from last season.

Dainis Kristopans – it has often been said, that it is easier to teach a big man to play handball than making a short guy grow.

It would not be entirely fair to Kristopans to use this comparison. But he does rely on his size a great deal. It will be interesting to watch how he will fit in Vardar’s their play.

Odds of winning the Champions League: 65%

Stars will work for Barca

Unlike in 2016, FC Barcelona made it to the FINAL4 last season – but that was all they could do for the pride of Catalonia.

Barcelona finished last after a one-goal defeat to Vardar in the semi-final and a four-goal loss against Veszprém in the “bronze” match. Such a results are not good enough for Barca.

This season, head coach Xavi Pasqual will be chasing a better result with a squad that did not change much, and that’s lacking depth.

The biggest loss beyond any doubt is the departure of Kiril Lazarov (now Nantes). But so far, Slovenian newcomer, Jure Dolenec, has done well, and next to him, we should not forget French shooting star Dika Mem on the right back position.

Veterans such as Filip Jicha and Jesper Nøddesbo have left the club as well, but neither one was a key player last season.

As these lines are written the big question waiting for an answer is: Will Aron Palmarsson arrive this season already or not.

Originally, the Icelandic star has signed on from next summer onward, but as he did not want to stay another year with Veszprém a compromise is not inconceivable. After all, the guy has to play somewhere.

While Barcelona is waiting for Palmarsson – and for Danish Lasse Andersson to get fit – 36-year-old Raul Enrerrios will have to occupy the crucial playmaker position.

Is he still capable of carrying the responsibility for an entire season? In Spain he will obviously benefit from modest opposition he and his teammates will encounter in Liga Asobal. It will be different in the Champions League.

On the other side, Barcelona have the advantage of competing in Group A, which is not quite as tough as Group B. The Spanish record champions should have a good chance to win the group and skip the round of Last 16. Still, they will probably be in a close race with Vardar and Rhein-Neckar Löwen.

Jure Dolenec – a win for Barcelona and a loss for Montpellier. The signing of the 28-year-old right-back appears to be one heck of a transfer for Barcelona.

So far, the experienced Slovenian international has performed well and made a strong contribution to minimize the gap Kiril Lazarov left.

Dolenec will have to stay on top of his form curve, as he will encounter stiff competition for time on the court from French Dika Mem.

Lasse Andersson – “Where have you gone, Lasse Andersson? A city turns its lonely eyes to you!” they could be singing in Barcelona.

Andersson had signed on as a left-back when he joined from former Danish champions, KIF Kolding Kobenhavn in the summer of 2016. But Xavi Pascual soon spotted his skills as playmaker, and this is the position Andersson will occupy upon his return.

Apart from having a fantastic shot and a highly intelligent player, he also plays well both ends of the court.

Gonzalo Perez de Vargas – Barcelona´s hope for success this Champions League season will depend a great deal on the 26-year-old goalkeeper from Toledo.

Borko Ristovski is a fine substitute, but Perez de Vargas will have to be at his very best in order for Barca to reach the FINAL4 or possibly more.

Odds of winning the Champions League: 60%

Can Ljubo push Veszprem over the line?

Several times over the past few years, Veszprém were listed among the favorites of winning the Champions League, but every time the Hungarian record champions disappointed those who believed in them most.

Veszprém have been a constant at the previous four FINAL4´s in Cologne, without reaching the top of the podium once despite sky-high expectations.

The insane final against Kielce, in 2016 was the closest the Hungarian’s got. It was then, when Veszprém gave up a nine-goal lead within 20 minutes, eventually losing the match in a dramatic penalty shoot-out.

This season, Ljubomir Vranjes has arrived from Flensburg as the new head coach. Understandably, the hopes in the Serbian born Swede are high, considering what he achieved with the club in the north of Germany.

However, it is a big question, if Vranjes can push Veszprém over the finish line?

He has taken over a squad that does not have the same depth as the team of prior years, and where is Aron Palmarsson?

Aron is not on Veszprém´s roster anymore and he has not been seen in Barcelona either, the club he will join for sure after this season, and where he wanted to go already this summer.

Staying away from pre-season training has earned him a suspension, and without the Icelandic playmaker, Veszprém will be in severe trouble, when it comes to taking the Champions League trophy.

Furthermore, the Hungarians are in the tough Group B, where it will be much harder to get a good seeding for the round of Last 16.

Of course, Mate Lekai is a brilliant playmaker, but he alone cannot carry Veszprém´s attack, not for a whole season – and Palmarsson is just one of 12 players who have left since last season.

Among the five newcomers, it will be interesting to see, if Vranjes can revitalize the career of French left-back William Accambray.

On the positive side – apart from the arrival of Vranjes – the goalkeeper duo has to be mentioned. In Mirko Alilovic and Roland Mikler, Veszprém have two exceptionally gifted keepers tending their goal.

Mate Lekai – personally, I am a bit crazy about Lekai´s way of playing handball. He can really put speed in a team´s attack, be it in Veszprém or the national team. Furthermore, he is dangerous shooter himself.

In Palmarsson´s absence, 29-year-old Lekai will be carrying extra responsibility. There is no doubt that he can deliver, but not for 60 minutes in every match?

Blaz Blagotinsek – already last season, the enormous line player showed what he is capable of, and we have every right to expect even more from him this season. Yet, at the age of 23, he still has plenty of room for improvement. With Blagotinsek, Andreas Nilsson and Renato Sulic competing for time on the line, this won’t be the position, where Vesprém will face any problems.

Laszlo Nagy – a big part of Veszprém´s success depends on how the “old” man on the right-back will perform. Even though Vranjes has Gabor Ancin as well as Kent Robin Tønnesen at his disposal, Nagy is a living Hungarian handball legend, and his performance, even at the age of 36, are still crucial.

Odds of winning the Champions League: 40%